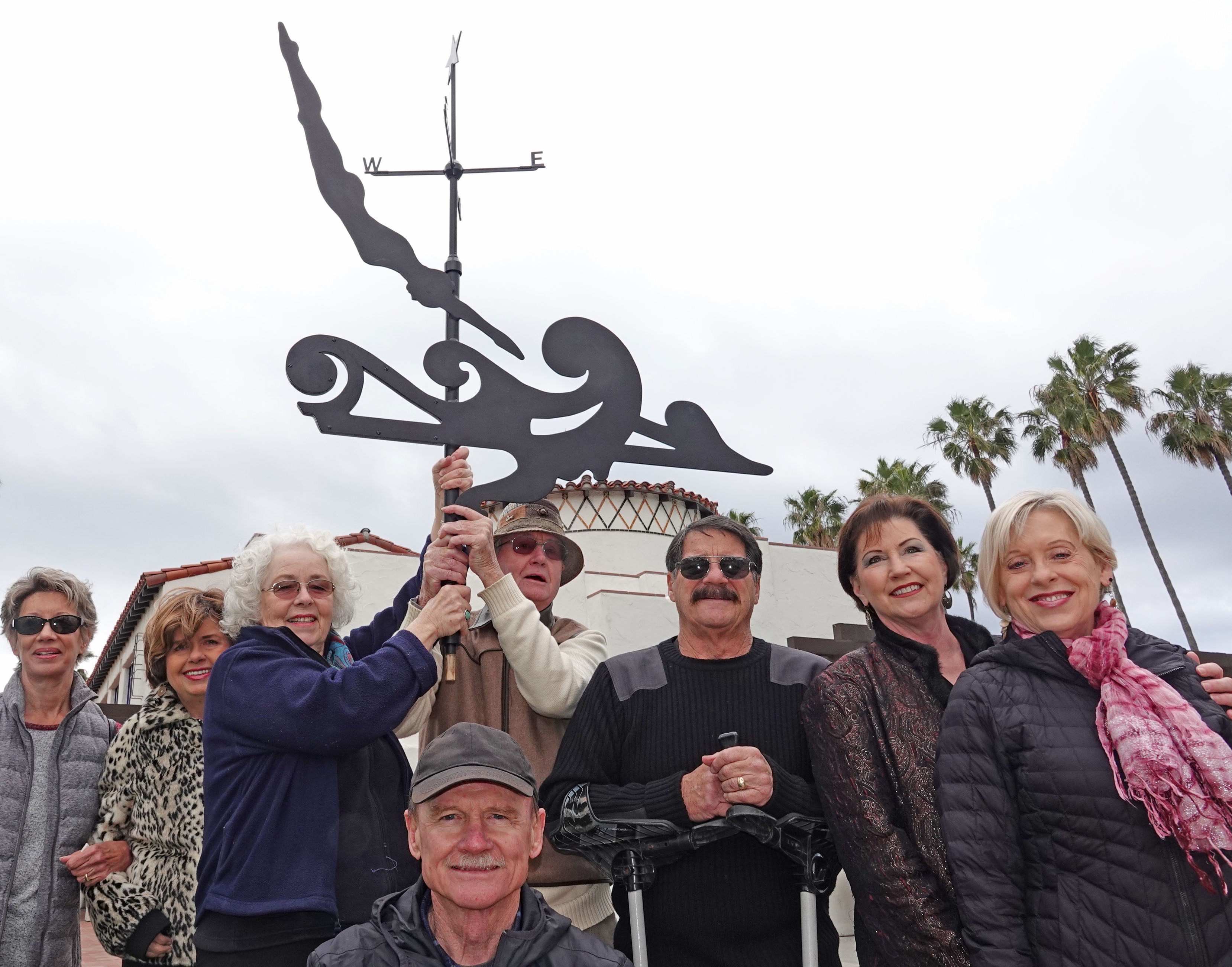 Hillary Clinton was right: It takes a village. After years, even decades, of effort by many people, a unique weathervane once again graces the top of the Ole Hanson Beach Club. The original 1930s-era instrument is believed to have blown down during a storm long ago. For reasons unknown today, it was never replaced.

At least five years ago, the San Clemente Historical Society began efforts to recreate the iconic weathervane. The restoration was complicated by the fact that only one known photograph of the original exists, which shows the details of its design. None of the original specifications has survived, so it took numerous attempts just to determine the correct size and shape of the diving figure depicted in the direction finder.

Local artist Lisa Spinelli designed a cardboard mock-up based on those estimates. She also volunteered to coordinate the entire project. After City Manager James Makshanoff and Assistant City Manager Erik Sund approved the project, a test mounting of the mock-up was held. Randall Boone Sign, Lighting & Crane and Rod’s Tree Service donated two large cranes and staff to mount the mock-up on the roof. Once viewed and compared to the photograph, it was determined that it was considerably smaller than the original weathervane. So the whole process had to be repeated.

Once the size was finalized, Spinelli redrew the pattern to be used for manufacturing of the final metal objects by Paul and David Turney. Several parts had to be made to exact specifications so the weathervane could easily turn with the wind while firmly mounted to the roof. Master Welder Paul Lentz then welded everything together.

At this point, the cost of manufacturing became an issue until the San Clemente Woman’s Club stepped forward with President Loretta Busam’s generous offer to fund the costs of materials and labor.

Once again the cranes were brought in, and on a cold Wednesday, Feb. 20, the weathervane was successfully mounted in place. This was not an easy task, as it weighed several pounds and had to be locked into place from the crane’s basket. Standing on the sloping, tiled roof would have been dangerous to the men and possibly damage the roof.

Finally, the weathervane swung into the wind at 2:30 p.m. That evening, it passed its first stress test when strong wind gusts blew through the area.