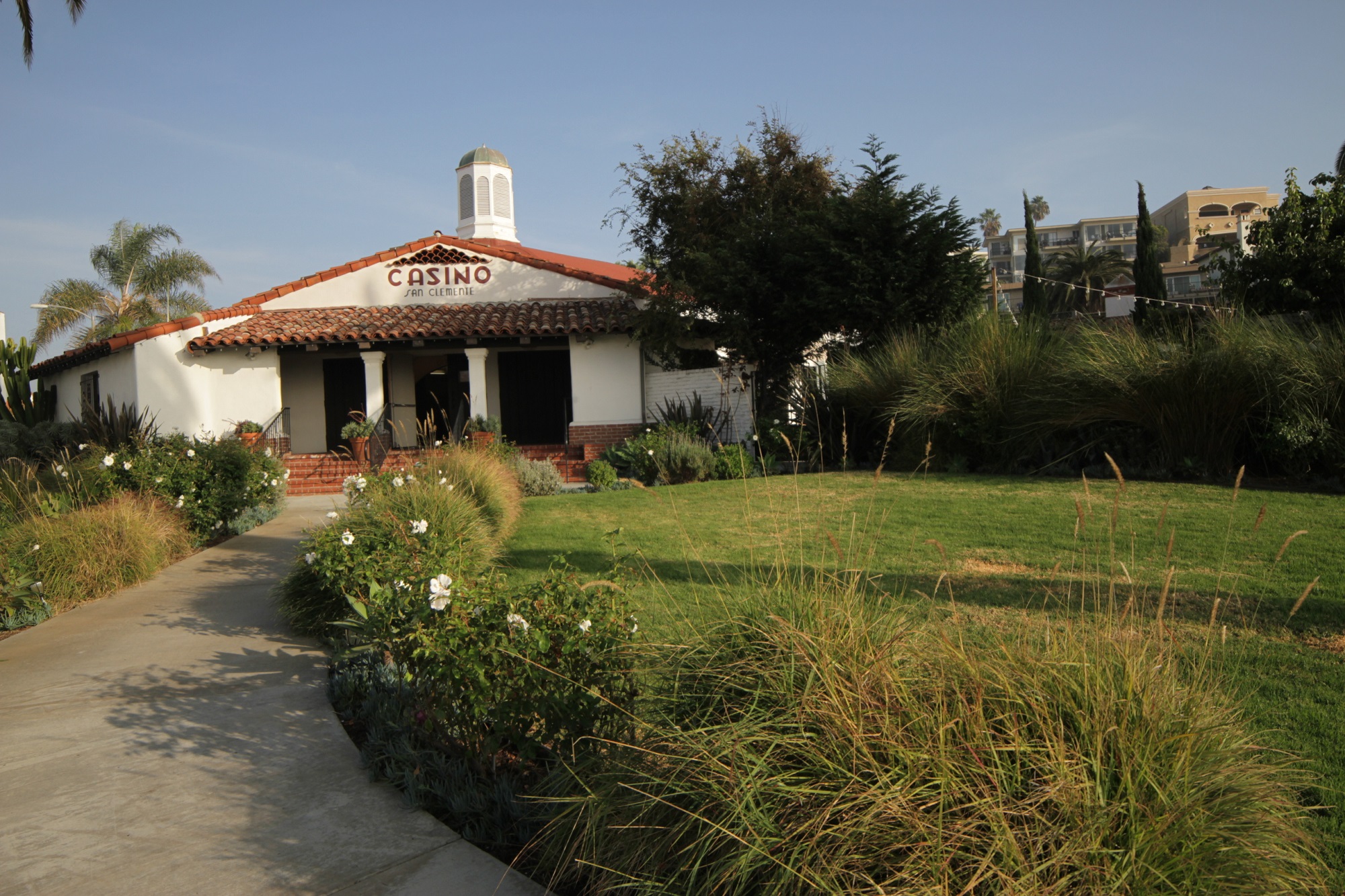 “Why did they call it Casino San Clemente when it never hosted gambling?”

That’s a question we get a lot at the San Clemente Historical Society. The word “casino” is based on the Spanish word for a dance hall—not a place to gamble. In fact, gambling casinos took their name from the Spanish dance halls, a place of music and dancing.

During the height of the Jazz Age, dance halls were all the rage throughout the country. Using the Spanish name for “dance hall” fit in nicely with our town’s Spanish Village by the Sea theme. Plus, it also sounds classier. The previous generation’s dance halls were considered of questionable moral character.

We are fortunate, indeed, that our Casino is still with us. As the Jazz Age faded, so did the dance hall scene. Fortunately, a couple of former Orange County artists, Linda Sadeghi and her then-husband, Shaheen, decided to make a career change and began restoring historic properties such as The Packing House food court in Anaheim. With its success, they looked southward for a new challenge.

They first looked at the Miramar Theater and bowling alley site. Unable to close the deal, luckily the Casino came on the market just then. As Linda put it during our recent Oral History interview, it was love at first sight.

“The Casino had all those things that are really juicy to an artist,” she said.

After the dance hall closed, the Casino housed several businesses, including Sebastian’s West Dinner Playhouse and an alternative medicine practice. It stood empty for three years before the Sadeghis purchased it.

But most of the building was intact. Even some of today’s flooring is original. The city of San Clemente and the Historical Society kept close tabs on the project, and now the Sadeghis’ restoration is considered a model of how to correctly refurbish a historic property.

The Sadeghis didn’t even know all of the Casino’s storied past until after they bought it. A fan of jazz and of actress/singer Judy Garland, Linda was thrilled to find proof that Garland had actually sung at the Casino.

In fact, she has documented several stars who have played there, including Mickey Rooney, Eve Arden and Alan Young of television’s Mr. Ed. They are immortalized in photographs down Casino’s “Historic Hall.”

“I can almost hear them singing when I walk down this hall,” Linda said.

Besides bringing the building back to life, Linda has also brought back the music, with popular live jazz every other Wednesday evening. The spring series begins on March 4.

“I saw it when they bought it, and it was a wreck. Now it’s remarkable. It’s got great sound. You can hear a pin drop,” said Lamers.

Linda will be the featured speaker at the Historical Society’s free spring public meeting March 5, at 6 p.m. at the Community Center, located at 100 Avenida Seville. Everyone is invited. Come hear more about saving one of San Clemente’s most treasured icons.

Letter to the Editor: Know Before You Vote

Letter to the Editor: It’s Election Time in San Clemente