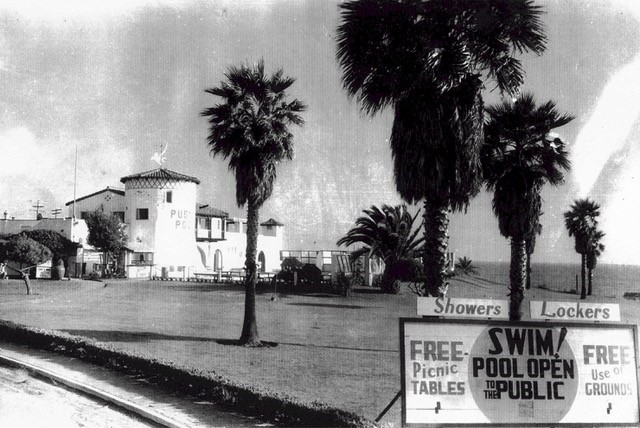 The federal government has now recognized what all of us in San Clemente have known for decades. Last month, it officially designated North Beach as a National Historic District.

These are three of the most historic buildings in town. In the future, you will see prominent signs proclaiming the historic nature of the area.

“This is a high honor for the city and an opportunity to bring revitalization and tourism to North Beach while highlighting the historic significance of this area,” said Jonathan Lightfoot, economic development officer for the city.

GPA Consulting shepherded the project through the state and national government—an unenviable task.

The San Clemente Historical Society has pushed for this district recognition for decades.

“Besides the historic and aesthetic aspects of the designation, we expect this to positively impact the property values of the surrounding neighborhood,” said Larry Culbertson, president of the SC Historical Society.

Absolutely. At least if the Historical Society gets its wish.

We have on the drawing board two more Historic District plans for San Clemente. The Pier Bowl area just screams for designation. The pier was built by town founder Ole Hanson in the late 1920s and really marks the beginning of our Spanish Village by the Sea.

“It is the signature feature of the city’s earliest days, along with the beach itself,” Culbertson said.

It was the magnet that drew the crowds of fishermen, surfers and swimmers. The buildings along Avenida Victoria at the foot of the pier are historic in their own right. They housed the services that beach crowds relied upon for their fun in the sun.

Our second proposed historic district would encompass San Clemente’s original “downtown” along Avenida Del Mar and the adjacent areas of El Camino Real. The Bartlett Building and the former Hotel San Clemente at the top of Del Mar, along with the Easley Building (now named the Old City Hall), are three outstanding examples of the Spanish Revival architecture required by Hanson’s original planned city.

The area also encompasses several examples of mid-century architecture prevalent across America during the 1950s and ’60s.

By getting these additional two areas designated historic districts, the essence of San Clemente’s history will be preserved for future generations to experience the original dream of Ole Hanson.