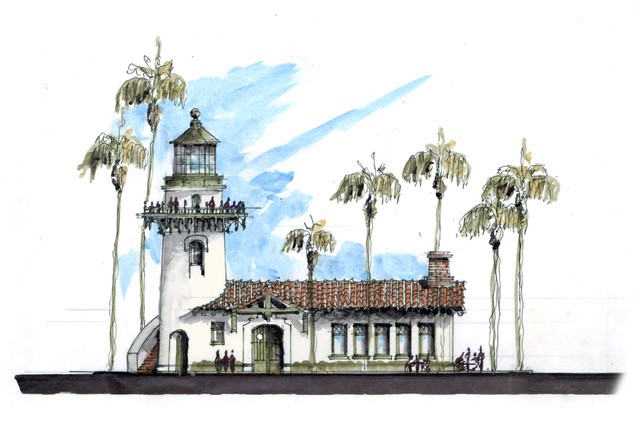 Completing years of effort, the San Clemente Historical Society, the City Council and planning department last year got the city’s North Beach area designated as a national registered Historic District. That preserves town founder Ole Hanson’s original dream of a Spanish Village by the Sea for that area.

Prior to that prestigious designation, the community had come together to restore and preserve most of the buildings in the district.

Just one more project would complete the historic effort; the 7-Eleven store sticks out like a sore thumb smack dab in the middle of it all. Some cosmetic improvements to the building and tamping down the gaudy 7-Eleven signage would complete the Historic District’s revitalization.

The building’s current owner, Paul R. Kunze, says he has no current plans to upgrade the building. Since the 7-Eleven was there before the area won historic district honors, Kunze is not required by law to make any changes, even though he received taxpayer funds in 2013 to upgrade the landscaping.

The design team for Casino owner Linda Sadeghi’s numerous Southern California projects presented Kunze with a sketch for a reimagining of the building, and Sadeghi says he was all for it, but it never came to pass.

Meanwhile, Sadeghi says she would like to purchase the building.

“I would renovate the facade to more of a period historical Spanish Colonial Revival look … buy out the 7-Eleven franchise, and I’d make it more a community convenience store for picnics, and neighbors,” said the Casino owner.

In a text message, Kunze responded to me, “We are NOT interested in selling the property.”

The phone number listed on the city’s business license information is disconnected, so we have not been able to contact the owner of the 7-Eleven franchise in North Beach, Gooryen Hardotuni, to see if he would agree to tone down the illuminated signage to look more like a 7-Eleven we saw in Lillehammer, Norway a couple years ago.

City officials are also keen on working with the pair to further the beautification of North Beach. Also coming soon—new signage to delineate the Historic District. Stay tuned.