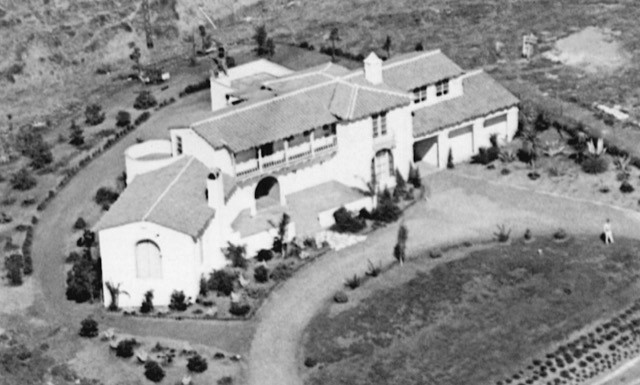 A few weeks ago, that other Times newspaper, the one published 45 miles north of here, ran a huge two-page story about world-famous architect Paul R. Williams.

Known as the “Architect to the Stars,” for his masterful early-20th century homes designed for Hollywood elite such as Frank Sinatra and Lucille Ball, the article also noted that Williams designed the iconic crescent wing of The Beverly Hills Hotel, the Al Jolson Memorial Shrine, the Los Angeles County Courthouse and other L.A. landmarks.

What the article didn’t mention was San Clemente’s tie to this great visionary.

In 1928, Adlai Goldschmidt called upon Williams to design a sprawling “weekend home” in the new town of San Clemente. Having made a fortune in the wine and spirits industry, Goldschmidt spared no expense in building his new dream home. It even included a secret wet bar that could be rolled out of the walls for parties during Prohibition.

Due to local building restrictions imposed by town founder Ole Hanson, the design had to be Spanish Colonial Revival, which Williams didn’t particularly like. But, the professional that he was, Williams embraced the project with gusto.

Located on the highest hilltop in San Clemente, Williams perfectly sited the 4,800-square-foot home to take advantage of the breathtaking vistas of the ocean, Catalina Island and the new town. He purposely placed the living room windows so that the setting sun was exactly in the middle on the winter solstice.

The building at 243 Avenida La Cuesta has stood the test of time. It is the only San Clemente home listed on the National Registry of Historic Places.

Lee and Dena Van Slyke owned the house when it was placed on the registry. They not only lived there, but each had their office at home.

In a recent Historical Society “Oral History” video interview, Dena called it “love at first sight.” Retired now, the couple no longer needed so much space and reluctantly sold it. As Lee put it, “You are always maintaining an (older) home like this, but it was a labor of love.”

The living room features arched doorways, carved 11-foot-high ceilings, a two-sided herringbone fireplace and other details designed by Williams. There are many other small touches that reflect Williams’ known creative flourishes.

His ascendancy to rock star status in the architect world is all the more amazing because Williams was the first Black architect licensed in California and admitted to the American Institute of Architects.

Sensitive to racial perceptions of the time, Williams even learned to draw and read blueprints upside down to show his mostly White customers the drawings with a large desk between them.

Yes, history can be ugly at times, but then, that’s how we learn to be better.