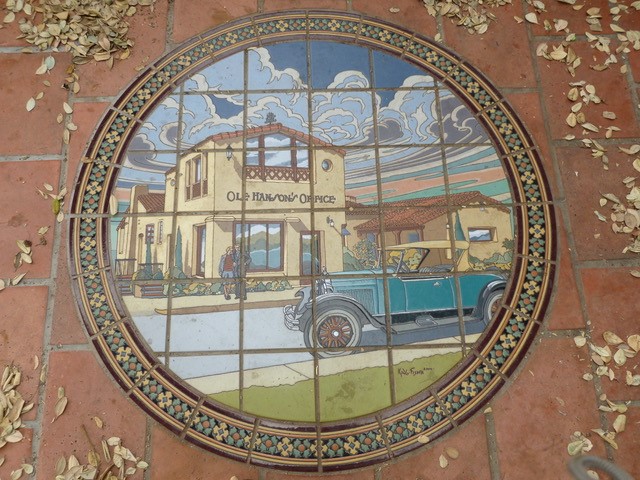 We have a couple of updates on San Clemente Historical Society issues that have been in the news. The first is a real knee-slapper. In last month’s column, we reported on then-Mayor Tim Brown’s call to have hard copies of historic city documents (city council minutes, ordinances and resolutions dating back to 1928) digitized for future safekeeping and use.

It turns out, they already had been digitized years ago at great effort and expense. With so many new people at City Hall and in the Historical Society, few knew this had already been done. The hope now is that the records will be added to the city’s website for easy access for the public. There is no word yet from the city manager’s office on when that will happen.

Our second update relates to the beautification of Avenida Del Mar. Next month will mark the 10th anniversary of the Landmarks on Del Mar project, a partnership of the Historical Society, Downtown Business Association (DBA) and the City of San Clemente. Beautiful tile artwork has been installed in eight locations on Del Mar depicting historical buildings from the Ole Hanson era. Six more are planned, for a total of 14.

The project, the brainchild of DBA’s Michael Kaupp and coordinated by former Historical Society board member Mike Cotter, has now been taken over by Lee Van Slyke. The project ran into a major delay due to a kiln explosion that destroyed several of the tiles. It is now getting back on track. The original watercolor artwork was done by Jay Fisher. The tiles were produced by Michael King. Both are renowned artisans.

The first tiles were installed in January 2009 in the bench area in front of Cafe Calypso, the former Hotel San Clemente building at 114 Avenida Del Mar. They depict how the hotel looked when it opened in 1928 and were sponsored by the late Ray and Carol Benedicktus. A second mural there was sponsored by Rudolph and Virginia Smith and depicts the Miramar Theater circa 1938. Other tiles have been sponsored by Reuel and Frank Witherell, Lee and Dena Van Slyke, and by others in memory of James J. Woods, “Poopah” and “Lady” Smith.

As we re-energize the project, sponsorships are available for the remaining tiles depicting Casa Romantica, The Beachcomber Motel, the O.F Easley Building, Casa Pacifica and other historic buildings. All will be installed along the 100 and 200 blocks of Avenida Del Mar and include a plaque identifying the sponsor.

“This is the most highly visible arts project in San Clemente. It showcases our most important historic buildings for all to see. Sponsorship provides a lasting testament to the preservation of our unique history,” said Historical Society president Larry Culbertson.

To inquire about sponsorship, contact the Historical Society at 949.492.9684.