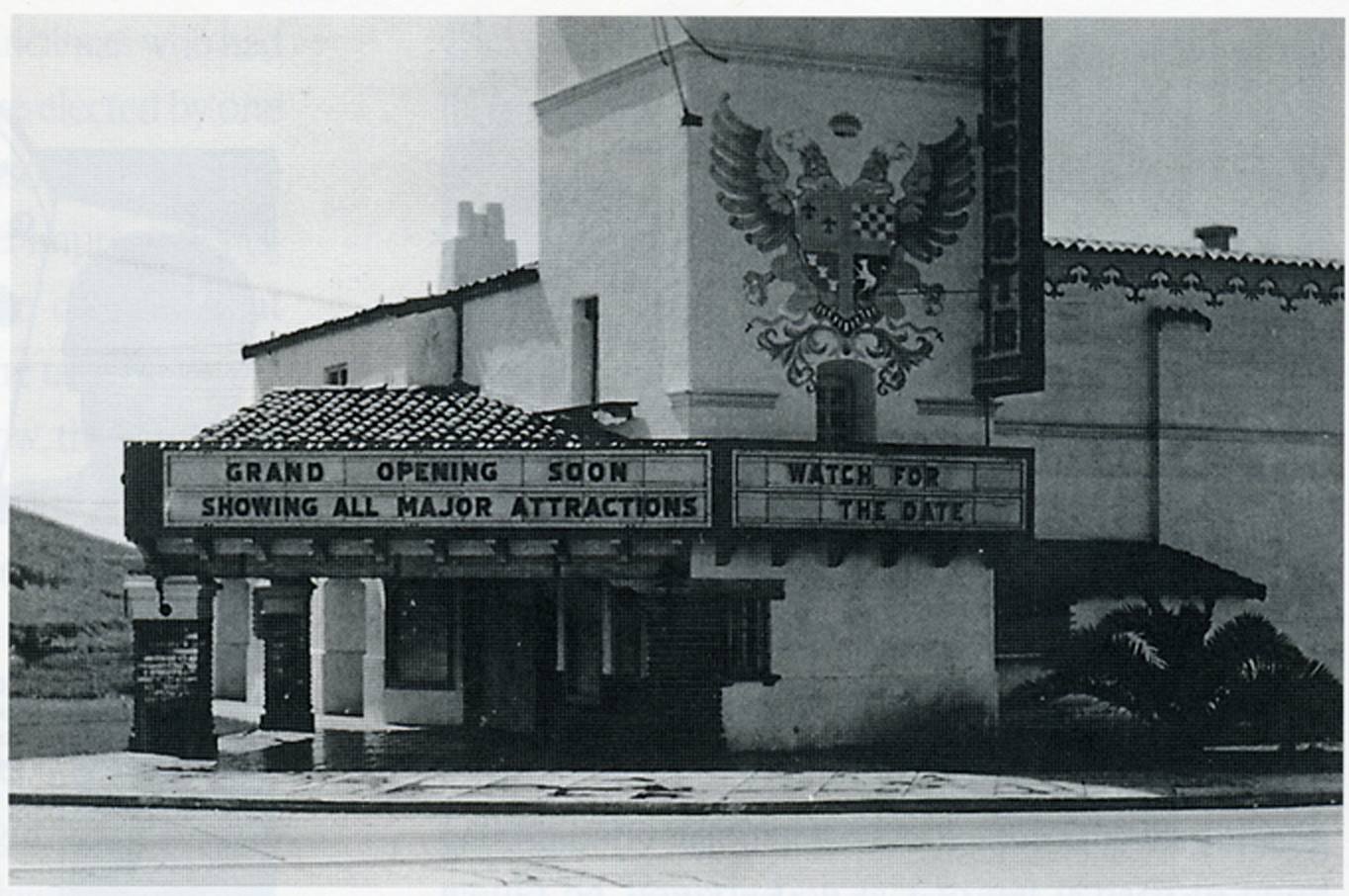 On Thursday May 12, 1938, The San Clemente Theater opened its doors at 6 p.m. with “excellent sound, comfortable seats and air conditioning,” running two complete shows of that year’s leading pictures.

Specialized comfort was key in the theater’s design, accredited to Architect Clifford A. Balch, designer of 52 theaters—most in California—of which 14 are currently open. The most locally known is the Regency Lido Theater, which has been completely restored and is the flagship of the increasingly important and popular Newport Beach Film Festival.

Could it be that it was referenced as “The House of the Nobility”?

Even though the Miramar Theater opened its doors to entertainment in San Clemente, a decade after Ole Hanson incorporated the Spanish Village, its importance was directly gleaned from Ole’s emphasis on social and recreational life of the community.

One of Ole’s first acts, after all, was to deed to the residents of the village, without encumbrance, 3,000 feet of coastline. He later did the same with the Community Clubhouse, the nearby Beach Club, Plaza Park (Max Berg Park), the pier and the golf course.

“Hanson insisted from the beginning that this community was not to be the rendezvous just for the idle rich but a place where people might work out their destiny in the most favorable recognition of the importance of the social and recreational life of the community,” an excerpt from The Story of San Clemente—The Spanish Village by Homer Banks reads.

Today the San Clemente Theater stands steadfast, the sentinel iconic guardian of North Beach never abandoning its post and awaiting its rebirth as a vibrant venue of entertainment and recreation once again.

The future quality of life in American communities, as it is also here in San Clemente, has always rested with men of vision—people who have had a great awakening and are now aware of the mistakes made during the mad scramble to build taller and bigger simply for the sake of taller and bigger.

There are people who understand the sustainable, smart business value of authenticity over the ostentatious; people who value tasteful, elegant, timeless, reserved over vulgar or a pretentious display or design.