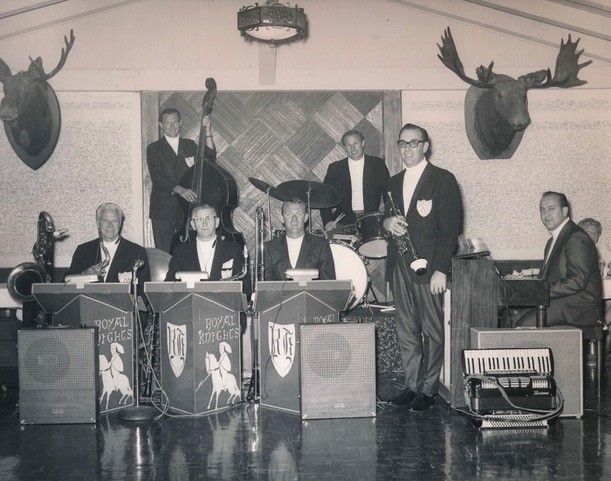 As this publication reported at the time, legendary local businessman and personality Sam Tiberi (Sam’s Shoes) passed away this past March. Due to the restrictions from the COVID-19 pandemic, Tiberi’s family and friends have been denied the opportunity to say a last farewell. The grieving process remains incomplete.

Sam’s wife, Carol, had planned a Celebration of Life service for the first Monday after Christmas this year, figuring the pandemic would be under control by then. Unfortunately, the virus is still very much with us.

In an email last week, Carol reluctantly informed her pastor that the service would have to be canceled. As she put it, “His death has left a huge void in my heart/life, and COVID has prevented our family from honoring his life and finding closure.”

A sad ending to the life of a wonderful man.

In 2017, Sam was honored by the San Clemente Historical Society in a program highlighting his many achievements. After Marine Corps service at Camp Pendleton, Sam opened his first San Clemente store in 1953.

As he put it, “It was a real roll of the dice opening a shoe repair store in a town where people mostly wore sandals and tennis shoes.”

But his business soon took off when an officer from the base asked if Sam could repair some of his troops’ boots. Sam assured him he could. A short time later, the Marine returned with 268 pairs of boots.

“I was up all night for a week repairing boots,” Tiberi recalled.

Expanding the business twice to include shoe sales, Sam’s Shoes has been one of the largest stores on Avenida Del Mar for years. During the 1970s, even President Richard Nixon’s family shopped there. Sam made the first shoes for daughter Julie Nixon’s first baby.

Another time, Sam was busy at work and heard someone come in and noticed it was Julie.

“Hi, Sam. Do you know my dad?” she asked. And there stood the President of the United States and several Secret Service agents. The President asked for a tour of his repair shop and seemed very interested.

Another time, a Secret Service agent appeared with a briefcase belonging to Secretary of State Henry Kissinger and asked Sam to repair it, which he did. When the agent came to pick it up, Sam presented him the bill, for $1.25.

Asked to bill the White House, Sam responded, “That’s OK. It’s on me.” A few days later, a “thank you” letter arrived, signed by Kissinger on White House stationery.

Sam was also known as an accomplished musician.  He led and played the trumpet and trombone in the local Royal Knights Dance Band, which was quite popular in the region during the 1950s and ’60s.