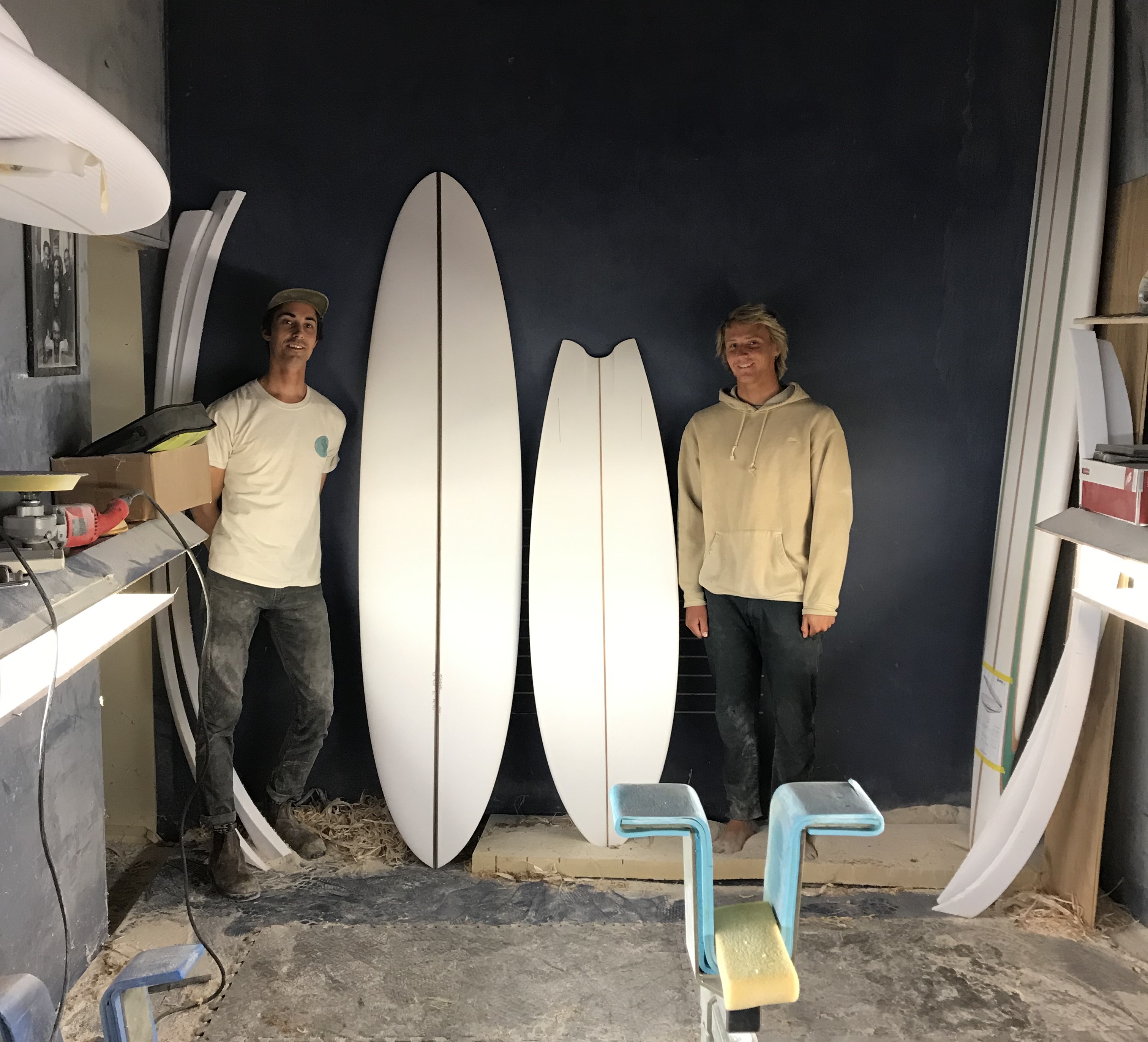 Until now, Dana Point stylist Ian Gottron’s biggest claim to fame was that he had a donut named after him. Specifically, the “Gato-San” at Nikki’s Cafe.

Well, Gato-san just hit the jackpot. Joining the distinguished surf team at Hobie, he’s going to be bringing his youthful energy, unique perspectives and some serious homegrown talent to the squad.

“We’re really stoked to be working with Ian,” Hobie’s Kris Carlow said when San Clemente Times caught up with him earlier this week. “It’s really important for us to support local surfers and put our energy into our community. With our shops in Dana Point and San Clemente, our roots have always been here, and it’s important to continue that into the future. And Ian definitely represents that next generation.”

Putting its money where its mouth is, Hobie is also working closely with fellow Dana Point cross-stepper Makāla Harmony Smith. Grace personified on a surfboard, she’s on the forefront of a huge movement of women who are taking log riding and single-fin shredding in an exciting new direction.

As far as Gottron is concerned, the relationship with Hobie will kick off with the development of three new models. He’ll be working closely with shaper Michael Arenal as they develop the perfect all-round quiver.

“The project is still in its infancy stages, but we are building him a longboard, mid-length and shortboard model as part of his collection,” Carlow said.

Gottron and Arenal will look to the designs of the late ’60s and early ’70s as they develop a “transition era” mid-length board that will feature the classic aesthetic of that revolutionary period in surfing and combine it with more modern bottom contours and design elements. The shortboard will be more of a fish model with some subtle tweaks and adjustments.

Teaming up with Arenal is an ideal situation for Gottron. Growing up surfing Salt Creek, Arenal’s eye for design and attention to detail make him one of the great young shapers in our area.

“My dad—a mechanical engineer—raised me to work with my hands. We built go-karts and stuff. So when it came to a point where I really started getting interested in surfing, it seemed natural to start making some surfboards,” Arenal explained in a written piece for Hobie.

One of the guiding lights in his development as a shaper was Donald Brink. Originally from South Africa, Brink now works and lives in the Capo Beach zone. Known for his craftsmanship and creativity, Brink helped give a young Arenal the motivation he needed to get started.

“I wouldn’t be where I am today if it wasn’t for Donny,” Arenal continued. “I remember coming to Donny’s shop to show him the first board I’d shaped. Terry (Martin) was there hanging out. They both looked at my strange mini Simmons-like shape and had positive things to say about it. (That) was all the inspiration I needed.”

Like any good surfer-shaper relationship, Gottron and Arenal will continue to fine-tune the models until they’re ready for public consumption. The first iterations of the boards are expected to land in shop racks sometime next month.

In terms of where Gottron takes his surfing from here, the sky is pretty much the limit. Dana Point Surf Club president Eric Diamond has been watching him surf his whole life—he even coined the nickname “Gato-San”—and sees big things ahead.

“I really feel Ian is going to evolve more in bigger Hawaiian waves in the years to come,” Diamond said. “It’s really never been about a trophy; he is just a stoked young man who surfs really, really well. He falls into the Dana Point flow masters—the school of ‘ride what makes you happy,’ a la school of Tyler Warren and Kolton Sullivan.

“I mean, he’s comfortable pulling into massive mainland barrels or just hanging ten at one-foot Boneyard. I’ve seen him out surfing a crowded Creek on a pink, finless soft-top, literally schooling everyone on what wouldn’t even be considered a surfboard.”

Well, now that he does have some pretty epic surfboards under his feet, the future is wide open for Gottron. It’s going to be fun to see where he and Hobie take things. In the words of Humphrey Bogart, this could be the beginning of a beautiful relationship.