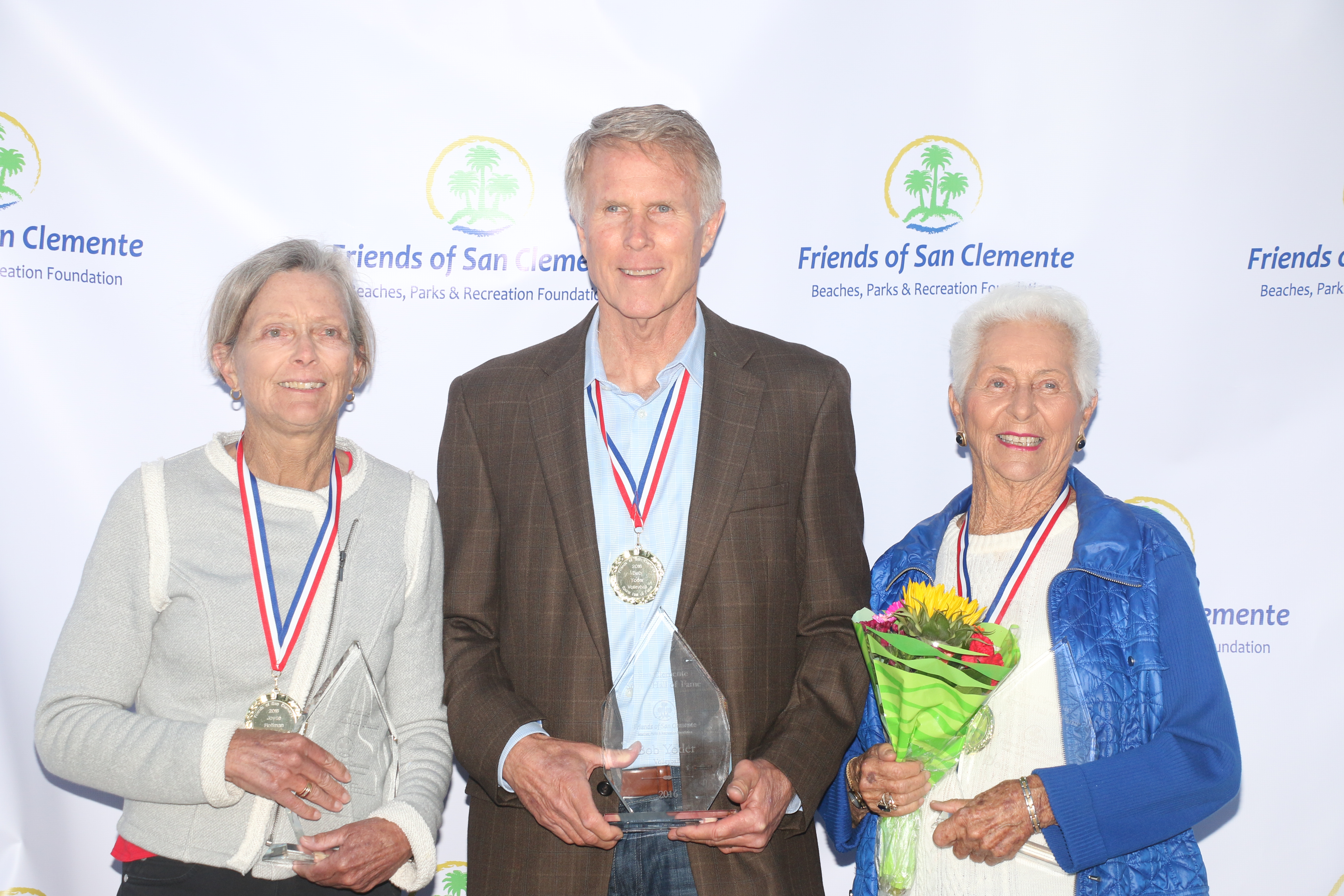 The San Clemente Sports Wall of Fame added three new members to its growing cavalcade of elite athletes and sports personalities during a ceremony on May 21 at the Vista Hermosa Aquatics Center.

Joyce Hoffman, Doris Stephens and Bob Yoder were selected as the Wall of Fame’s class of 2016 and all three were on hand to commemorate their plaques, which will remain on the wall of the aquatics center for all to see.

The three inductees highlight the diverse, and exceptional, sports culture that can be found in San Clemente.

Hoffman is considered one of the best female surfers of all time. During the 1960’s and 1970’s, there was no doubt as to Hoffman’s greatness. She won four Women’s United States Surfing Championships and two Women’s World Surfing titles to go along with countless other honors and distinctions. John Dorey, a Friends of San Clemente board member that helps govern the Wall of Fame, praised Hoffman at the ceremony for being a pioneer in a sport that, at the time, did not feature many top-level female standouts.

Doris Stephens’ path to the Wall of Fame was a unique one. She began her tennis career at a teenager and was on a fast-track to the top when, at the age of 18, Stephens defeated Nancy Chaffee, the top-ranked American at the time, and earned a berth into the US Open. But due to monetary reasons, Stephens was not able to attend the prestigious tournament and put her professional tennis dreams on hold while she raised her family in San Clemente.

It wasn’t until 61 years later that Stephens returned to the sport she loves. Stephens reunited with her longtime doubles partner Louise Russ and the two dominated the United States Tennis Association National Tour. Stephens and Russ won five national titles in their age divisions over the next several years, including two runner-up finishes and five third-place finishes. In 2009, Stephens earned USTA Grand Slam Champion honors.

Yoder was a three-sport standout athlete at San Clemente High School, playing basketball, baseball and volleyball. Yoder was a member of the first Tritons boys volleyball team and went on to play in college at USC, where he helped the Trojans claim the 1977 NCAA Championship. Yoder was a three-time collegiate All-American while at USC. He went on to coach at Ohio State University, where he guided the Buckeyes to back-to-back appearances in the NCAA Championship semifinals. Yoder returned to USC as head coach of the men’s volleyball program and won the NCAA Championship and National Collegiate Coach of the Year honors in a memorable 1986 season.

Check back to www.sanclementetimes.com later this week for a photo slideshow of the San Clemente Sports Wall of Fame induction ceremony.