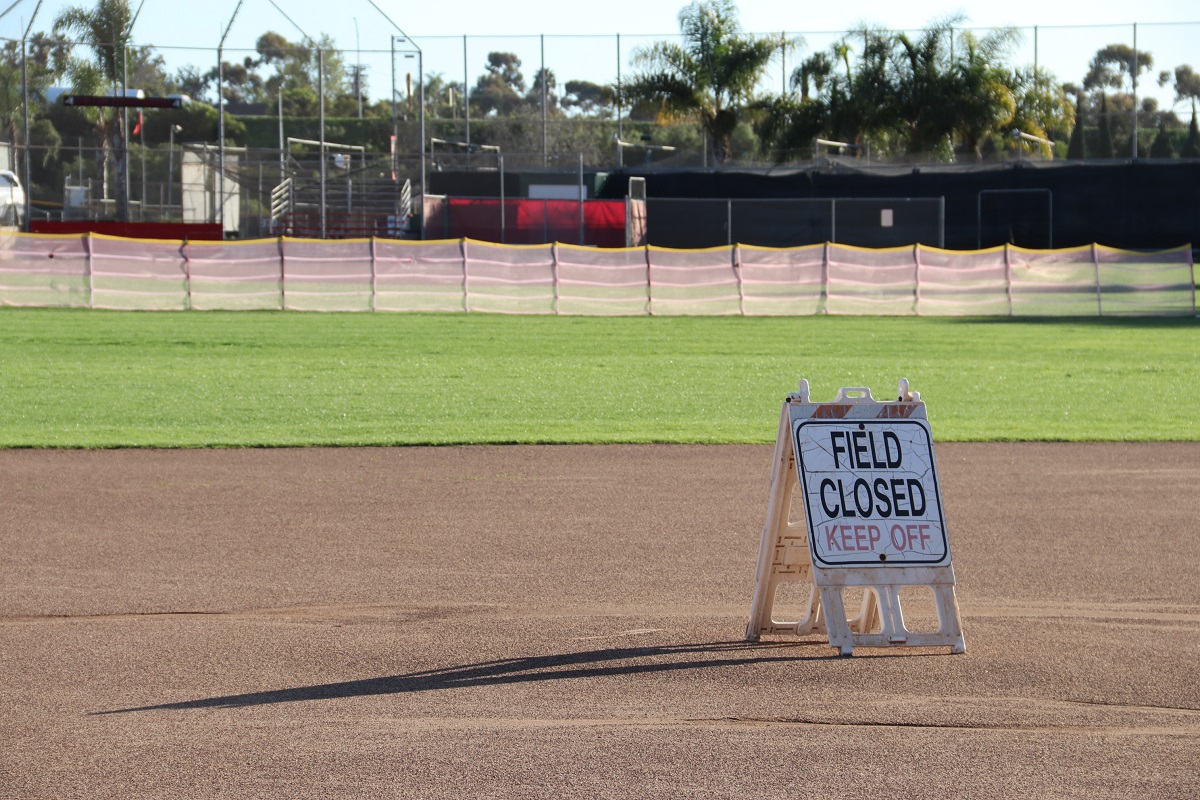 The sports shutdowns due to coronavirus precautions across the United States, North America and the world aren’t just limited to the professional and college ranks.

On the youth level, there are multiple leagues now on hiatus. San Clemente Little League is shut down until May 11. AYSO soccer is suspended indefinitely. Southern California Volleyball Association is on hold through the end of the month.

On the high school level, the CIF-Southern Section continued to direct its schools to follow recommendations from their local districts. On Tuesday, the CIF State office held its annual spring meeting with the 10 section commissioners from across the state and left open the possibility of a spring sports postseason by deciding to not make a decision on the fate of the state, regional and sectional playoffs. The issue will be revisited in another meeting on April 3.

The CIF State and CIF-SS control the playoffs, but the local schools and their districts control the scheduling and organizing of the regular season. For now, that also is on hold and in jeopardy.

The Capistrano Unified School District is completely shut down until at least April 13, and that shutdown includes the cancellation of all athletic events, competitions and practices. Initially, the CUSD was going to allow practices without spectators until the Board of Trustees enacted the school closures on Friday, March 13.

So now, just as league play was opening up across the busiest portion of the high school sports calendars, fields, courts, tracks and pools are left empty as coaches and players stay home waiting for the day they can return to normalcy.

“Everybody’s losing something,” San Clemente baseball coach Dave Gellatly said. “Lives are being lost, people are losing their grandparents. I’m keeping it in perspective. Kids want to have a senior year, but this is a problem we all need to fix.”

Some coaches, including Gellatly, didn’t get the chance to talk to their players in person before the shutdown was enacted. Most communication has been done through email, with some coaches trying to give some training regimens the players can execute at home on their own. But everyone is at a standstill without the ability to organize a meeting, let alone a practice.

“There’s a little instruction for them there on their own,” Tritons softball coach Bill Malcolm said. “It’s all pretty basic. They’re bummed. We’re ready to go, starting to click, and we can’t play. It’s disappointment, but there’s a much bigger picture to things out there.”

Disappointment was the feeling across the San Clemente sports landscape, as some teams, as Malcolm said, were hitting their stride and others, such as the Tritons’ boys volleyball team, were shaping up to be contenders.

“We were playing really good ball,” San Clemente boys volleyball coach Ken Goldstone said. “We beat Newport Harbor (No. 5 in Division 1) and Laguna Beach (No. 8 in Division 1). We had a great Best of the West Tournament.”

San Clemente boys volleyball, No. 6 in Division 1, is a perfect example of how the rug has been pulled out from underneath some of these spring sports teams. The program was ready for its faculty and alumni match, its biggest fundraising event, on Friday, March 13, and the Tritons were primed to kick off their league title defense on Thursday, March 19. However, the CUSD event shutdown hit on Thursday, March 12, with the full shutdown coming down the next day.

“(Tuesday) was supposed to be our team-wide dinner, as their parents all come together,” Goldstone said. “All of our pictures arrived (to put up in) the gym, our media guide came in. All these things were ready to go at the end of last week, and it was all just cut off. That’s why this is so devastating. Everything we had going on just ended.”

What may have also ended are the high school careers for the seniors on these spring sports teams.

When the NCAA canceled its slate of spring sports, the college organization granted seniors an extra year of eligibility. However, there are no redshirt years in high school sports, and if the decision does eventually come down, many San Clemente athletes may have laced up for the final time.

“That’s really the group I feel worst about,” Goldstone said. “The fact that they’re possibly not getting the opportunity to finish this out. I really feel for them.”

Going forward, the next date these high school teams have circled is April 3. That’s the date of the next CIF State meeting to revisit the decision on spring sports playoffs, and that’s just ahead of the CUSD schools possibly restarting on April 6.

Some coaches have talked with their counterparts at other schools around their league. There’s the possibility of compacted and accelerated league schedules. It’s possible that tournaments could be held for league placing in team sports, while large league meets could held for individual sports.

“We don’t know what’s going to happen,” Gellatly said. “Everything is in limbo. I feel bad for the seniors, but we’re not just talking about baseball season. It’s how long is school going to be out for?”

There’s nothing concrete, as everyone awaits their next marching orders in the ever-evolving situation regarding COVID-19.

Follow our social media channels and South OC Sports to stay up to date on local event cancellations due to the novel coronavirus.