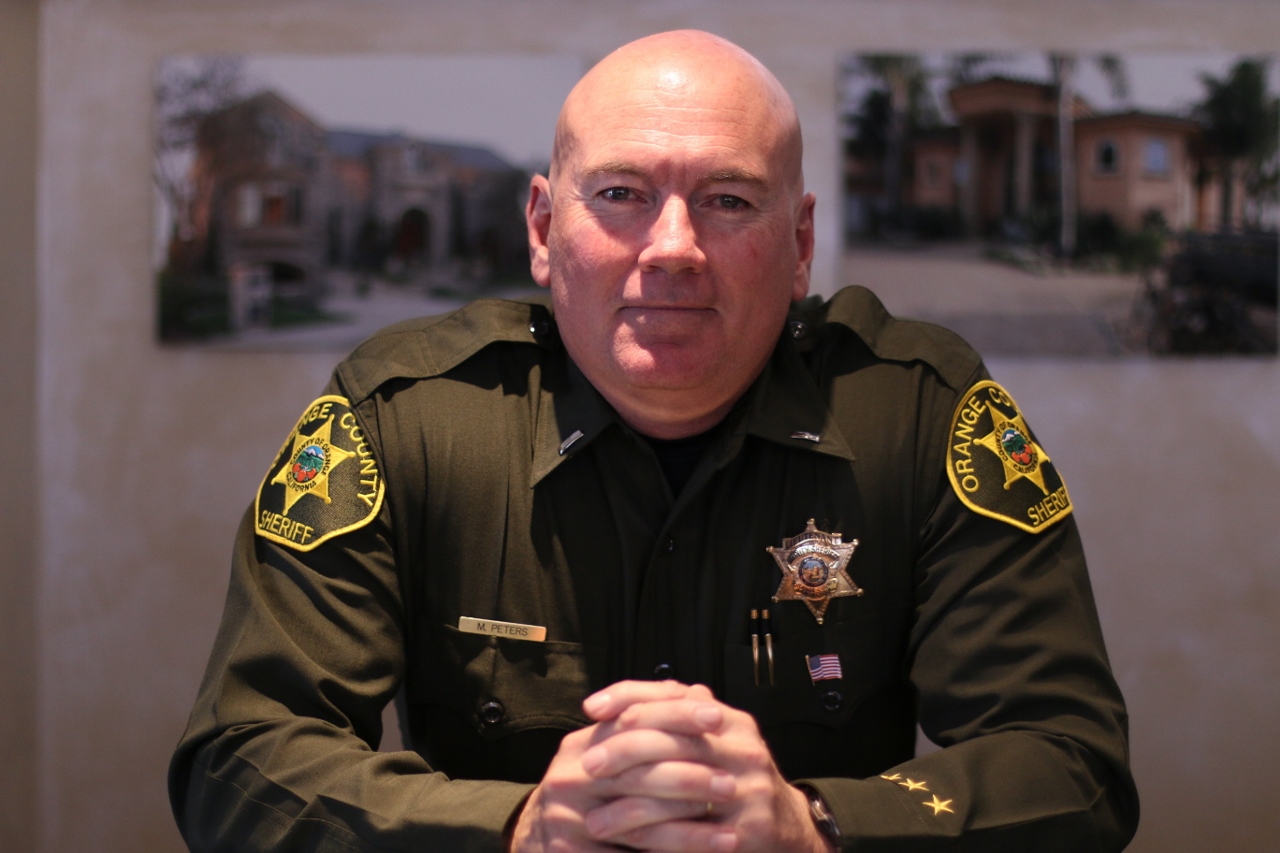 When Lt. Mike Peters was 7 years old, he paid the price for a crime he committed.

Peters said he stole a toy from a local store, and when his parents found out, the punishment was swift. His father worked for the San Clemente Public Works Department and would frequently drop the tiny would-be chief off at the dispatch center while he worked.

“My dad had the officers put me in the holding cell,” Peters said, “and they locked the door behind me. Now, I was probably only in there for a few seconds, but as a kid, it seemed like forever. When my dad came back, he asked, ‘Do you like it in there?’ From then on, I understood the importance of the law.”

Peters was recently named the chief by the city of San Clemente, and he replaces outgoing chief Lt. David Moodie, who had been the head of the department since 2014.

Born and raised in San Clemente, Peters said he has a personal connection to the city.

His initial plans were to pursue a degree in physical therapy and that law enforcement wasn’t something his mother wanted him to do, but his father encouraged it.

“I was always attracted to law enforcement,” Peters said.

Peters graduated from the Orange County Sheriff’s Department (OCSD) Regional Training Academy in 1996. He would eventually end up working in the county’s jail system on and off for a few years. Eventually, Peters was able to transfer to patrol duty in San Clemente, but afterward he was assigned to lead a special forces division and a mutual aid department at the same time.

After that he went to work as part of the SWAT team before transferring to the academy as a tactical officer.

His 19-year-old son is a custody services assistant with OCSD in the jail system.

He may be from San Clemente, but Peters will have his hands full from the get-go. He will be tasked with leading the TRIP (Targeting Reduction Investigation Prevention) efforts, which includes responding to trespassers and other infractions, as well as filling a role on the newly established Police Services Task Force—that on top of the litany of issues that he will undoubtedly have to address.

“TRIP is a phenomenal program that former Chief David Moodie put together,” Peters said. “It has extremely active people on the team that want to make a difference. That’s key. (We must) keep those people motivated.”

Peters said he recognizes that San Clemente’s most frequent crimes are primarily infractions to residents’ “quality of life”.

“I’ve been the lead instructor at our academy for community-oriented policing, which problem-oriented policing is a part of, for 16 years,” Peters said. “I believe wholeheartedly in the philosophy (of local police work). It’s a matter of finding the right people to work under that philosophy and bringing them into the city and having them take ownership of this city as I do.”

Peters has already used the study from Matrix Consulting as a guide to residents’ concerns.

“The top three responses in the Matrix Study were homelessness, panhandling and drug use,” Peters said. “A lot of those are national issues in addition to San Clemente issues. The City Council and city manager are trying to find a solution, but (the issues) have to be addressed on a national level.”

Another thing that residents have pleaded the city for is an increase in sheriff’s deputies patrolling San Clemente. Whether Peters will ask for more officers is not known at this time.

“I don’t know for sure because I haven’t stepped into the position,” Peters said. “There are fewer staff members now than when I was on patrol here. But at the same time, crime is different. The problems are different. So all we can do is try to keep up. They city is doing a good job in its spending; I think 22 percent of its budget is dedicated to law enforcement, which is pretty low. The best thing we can do is increase our visibility and let people know that we are out there. The more visible we are, I think that in itself reduces crime.”