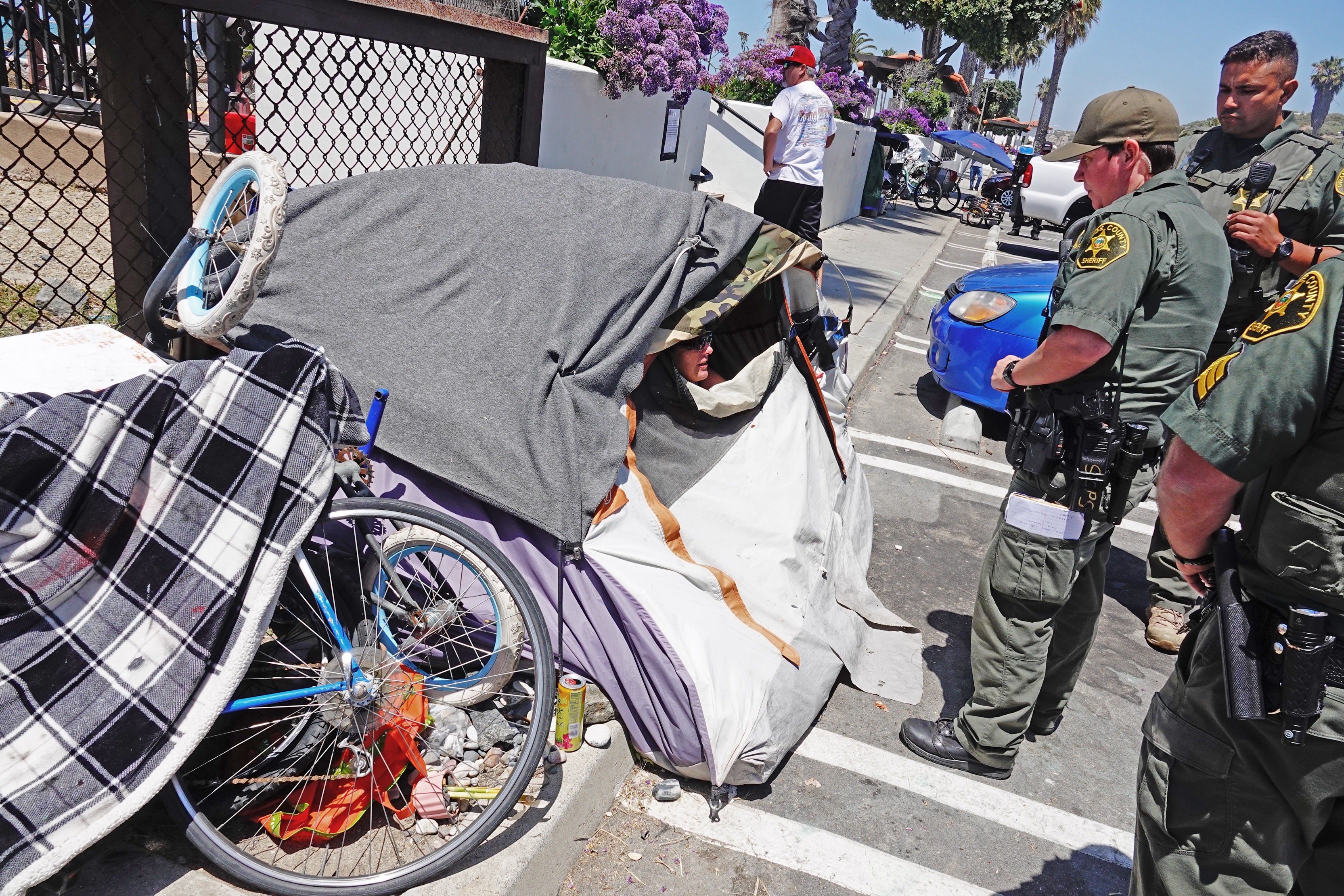 The city of San Clemente is facing another homeless-related lawsuit filed by the same advocacy groups that previously challenged the city for not doing enough to provide shelters in a federal case that was recently dismissed.

The nonprofit groups Housing is a Human Right Orange County and Emergency Shelter Coalition, along with Duane Nichols, a homeless man from San Clemente, filed the separate state lawsuit against the city, as well as the County of Orange this past September.

The city on Nov. 13 was formally served with the complaint, which was filed with Orange County’s Superior Court.

During the city council’s latest meeting on Nov. 19, acting Mayor Dan Bane announced that the city had been served and is currently working with its attorneys from Jones Day to determine whether they should file an injunction against the plaintiffs.

The injunction, Bane explained, would be based on the grounds of res judicata—a matter that’s already been adjudicated.

“The issues that are litigated in the state lawsuit are substantially similar to the ones in the federal lawsuit, which we won,” Bane said. “So, hopefully, we’ll have good news and an update on that.”

Attorneys representing Nichols and the advocacy groups did not immediately return San Clemente Times’ phone calls requesting comment as of the posting of this story.

The federal suit alleging that the city hasn’t provided adequate access to homeless shelters was dismissed late last month. U.S. District Judge Percy Anderson gave Nichols and fellow plaintiff Darren James until Nov. 18 to file an amendment to the complaint, but they didn’t submit one.

Initially, the cities of Dana Point and San Juan Capistrano, as well as Aliso Viejo and Irvine, were also named in the federal suit. The court ruled in mid-August, however, to dismiss the suit against the neighboring cities, because they were not properly joined, but maintained San Clemente as the primary defendant.

Anderson had dismissed that complaint because the plaintiffs’ argument against the city lacked standing.

In the new, state lawsuit, Nichols and the advocacy groups again allege that San Clemente violated the homeless’ due-process rights by threatening them with arrest and citation for “sleeping in or keeping personal property on public spaces when there is inadequate shelter.”

The plaintiffs also claim that the city, through code enforcement and Orange County Sheriff’s Deputies, “detained, interrogated and ordered individuals in the City, who appear to be homeless, to move along from public places where they have a right to be and, in some instances, to leave the City.”

The suit later alleges that the city violated the California Disabled Persons Act because it “threatened arrest and offered services that do not provide reasonable accommodations to people experiencing homelessness in San Clemente.”

Throughout the advocacy groups’ 43-page complaint, they cite several instances of the city allegedly neglecting its responsibility to offer homeless individuals with adequate shelter and services. Touching on the city’s temporary outdoor shelter on Avenida Pico, specifically, they argue that it doesn’t meet state requirements.

“There is no principled distinction to justify a claim that San Clemente met its obligations under state law by setting up a tent city that does not meet the requirements for a shelter to be within a specified distance of essential services as the need is the same,” the lawsuit states.

“The campsite on Avenida Pico has no potable water, no shade, no adequate sanitation, and no access to food,” it goes on to claim. “It is accessible only by climbing a substantial hill. Both the access barriers and the conditions on site violate the rights of disabled persons forced to the location.”

According to the lawsuit, the groups are seeking a judgement from the court that finds the city’s policies violate California’s constitution, as well as an order restraining the city and county from “citing or arresting and threatening to cite or arrest individuals” for camping or loitering in public spaces “when there is no adequate shelter or other placement available.”