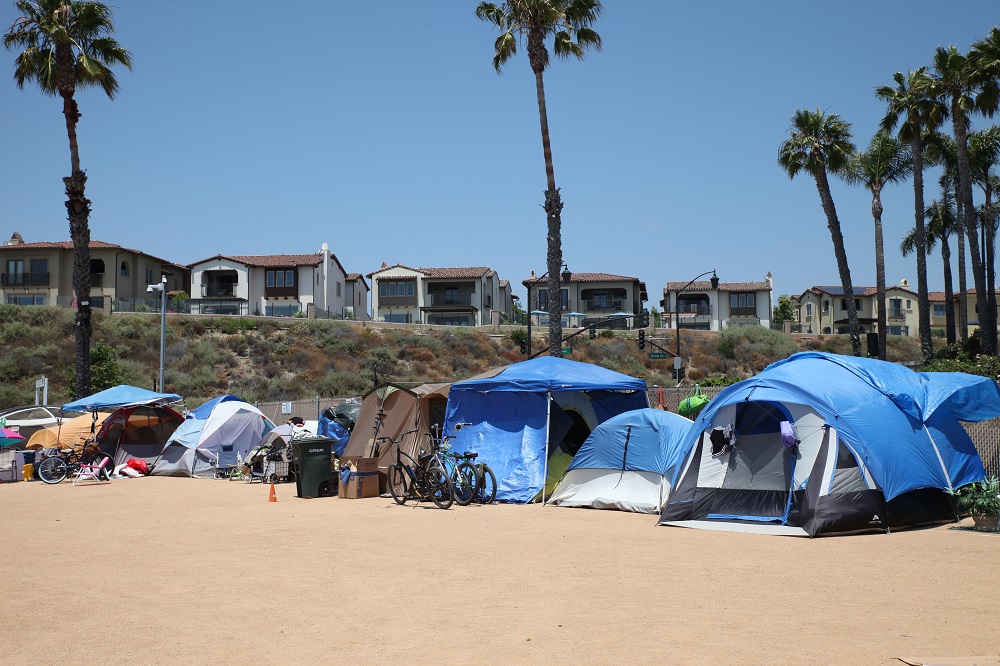 Who Are the Homeless Advocacy Groups?

The plaintiffs also include three homeless men, two of whom allegedly stay in San Clemente and one in Irvine. They are Duane Nichols, Darren James and Bruce Stroebel.

Filed on Feb. 28, the lawsuit known as Housing Is a Human Right, et al., v. The County of Orange, et al., claims that five South County cities violated the plaintiffs’ rights by issuing citations and confiscating their property without providing them shelter.

The Emergency Shelter Coalition is made up of individuals who are residents of, employed in or regularly visit San Clemente, and who devote their time and resources to assisting people experiencing homelessness in the city, said Irvine attorney Ed Connor, who was recently elected president of the five-year-old organization and whose law firm previously counseled ESC.

According to Connor, all of the ESC members reside in the South County area, including in San Clemente. California law does not require nonprofits to reveal the names of their members.

In 2014, Emergency Shelter Coalition sued the city of San Clemente, asserting that zoning rules the city enacted earlier that year violated Senate Bill 2, a law that makes it easier for groups to establish homeless shelters. Connor said ESC won the case, and his law firm has directed $900,000 in court earnings into ESC’s accounts that he said could be applied toward establishing and operating an emergency center in San Clemente.

Orange County Catholic Worker, based out of Santa Ana, is one of 185 Catholic Worker communities throughout the United States. The Catholic Worker Movement started in 1933 grounded in a “firm belief in the God-given dignity of every human person” and grew out of a “commitment to nonviolence, voluntary poverty and the Works of Mercy as a way of life.” Jonathan and Rio Parfey opened Isaiah House for $20,000 in Santa Ana’s eastside barrio to serve people who are low income and offer hospitality services to the homeless. It has been open since 1987.

Catholic Worker is also the namesake plaintiff in the 2018 homeless lawsuit involving the county and cities in north and central Orange County, including Anaheim, Costa Mesa, and Orange.

In both lawsuits, the plaintiffs challenge the city’s enforcement of municipal ordinances that impose disciplinary measures on people who sleep in public places.

Housing is a Human Right OC, based out of Anaheim, is a coalition of entities and individuals that are working to achieve supportive, affordable, and permanent housing for Homeless individuals in Orange County, according to its website.

“Until every Homeless individual, including families and children, in Orange County is safely housed in permanent housing with appropriate and adequate wrap-around services, HHROC continues to make every effort to provide the much-needed support that the County of Orange, cities and municipalities fail to provide,” its website states.
HHROC’s network ranges from the ACLU of Southern California to the Anaheim Democratic Club to the OC Poverty Alleviation Coalition, Santa Ana College, UC Irvine, People’s Homeless Taskforce and several other groups, entities and task forces.

To learn more, visit housingisahumanrightoc.org or occatholicworker.org.  Emergency Shelter Coalition does not have a website.