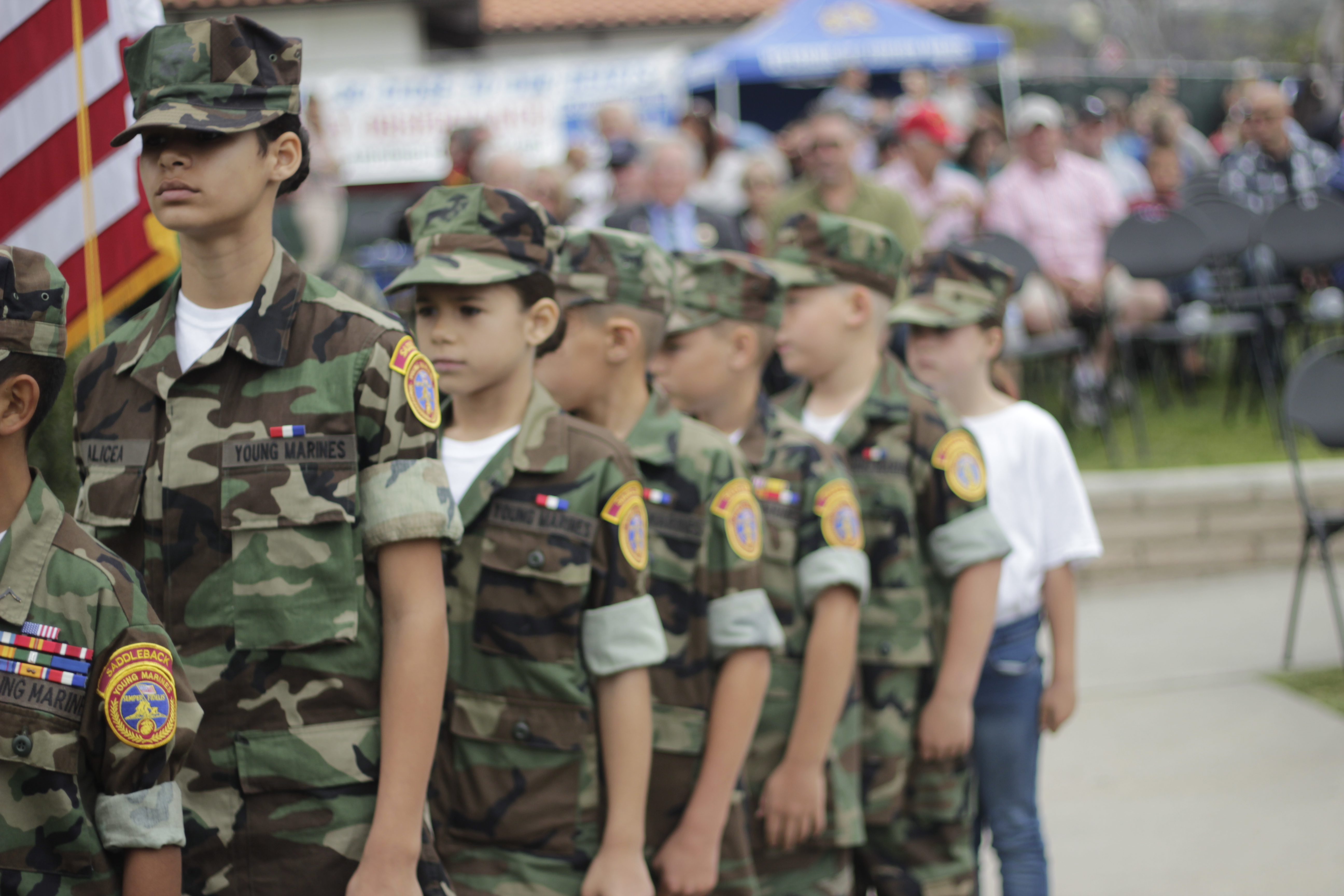 Story and photos by Eric Heinz

Memorial Day ceremonies took place Monday, May 25 in San Clemente and its neighboring cities. San Clemente’s ceremonies were held at the city’s Community Center and Park Semper Fi around the Marine Monument.

Hundreds of people came to each event, overflowing onto sidewalks and streets adjacent to each venue.

Of the notable speakers, Brig. Gen. Edward D. Banta of the U.S. Marine Corps spoke at both venues about the current and past state of the armed forces, the importance of honoring and taking care of veterans and his appreciation of the large crowds that attended the day’s events.

Staff Sgt. MaryAnn Miller spoke about her experiences in the Marines and her current duties at Camp Pendleton as the Wounded Warrior section leade. During her service, Miller was severely injured when an improvised explosive device (IED) exploded near her unit, along with other Marines.

Both ceremonies recognized six members of a Marine unit adopted by the city, HMLA-469, who died in a helicopter crash in Nepal two weeks ago, as well as the two Marines who died in a training exercise in Hawaii last week, one of whom was stationed at Camp Pendleton.