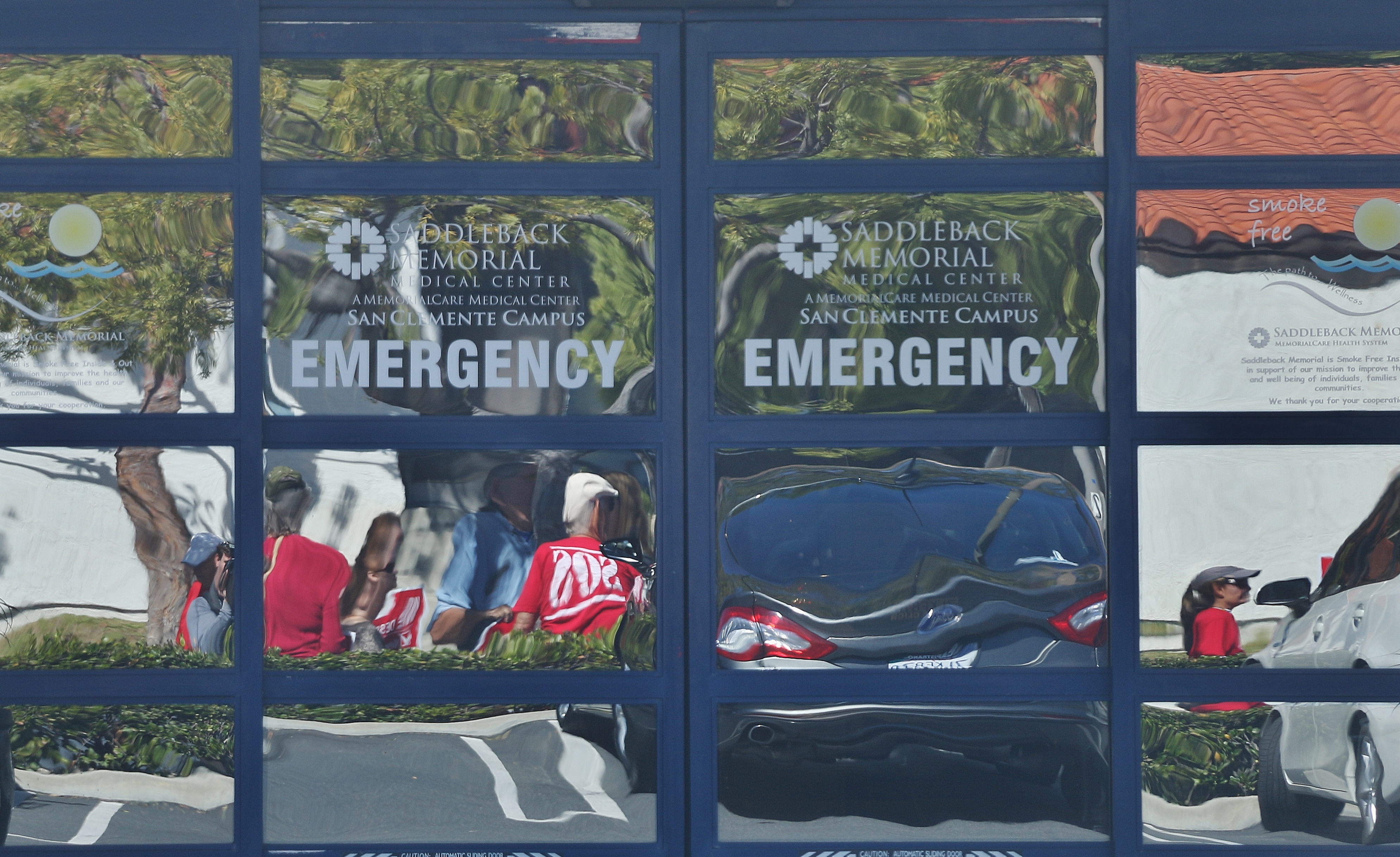 Weeks after MemorialCare officials announced the San Clemente hospital will close May 31, the healthcare provider filed a lawsuit on Monday, April 11, in Orange County Superior Court against the city, requesting a zoning ordinance the city passed in January be voided.

MemorialCare is asking for the courts to disallow the city from changing the zoning or General Plan amendments—the city’s overarching guideline—at the hospital’s current site ever again. The site was changed to be zoned to require the landowner, MemorialCare, provide a hospital with an emergency room and emergency services.

The lawsuit also requests at least $42.5 million plus accruing interest in potential damages be awarded to MemorialCare for losses from the hospital closure. The amount of money is based on the estimates of the lost value of the ambulatory healthcare campus hospital officials proposed for the property.

“The property has lost its value because the city’s new zoning restrictions make impossible its use other than a hospital campus,” Saddleback Memorial Medical Center administrator Tony Struthers said in an email.  “To maintain the emergency department under the law, the entire hospital would have to operate along with it; with the number of inpatients dropping to the low teens, and many days in the single digits, the acute care campus has become unviable. MemorialCare hopes that the City Council will work constructively to restore the land use rights that it has taken.”

MemorialCare representatives provided the San Clemente Times with a copy of the lawsuit on Monday.

MemorialCare’s lawsuit claims when the healthcare provider purchased the location in 2005, the city had promised the hospital could be altered for healthcare operations to fit the needs of the community it serves.

When asked for the documents that provide evidence of the city’s promise to allow MemorialCare to alter its operations, Struthers said those documents would be provided through the discovery phase of the lawsuit.

In January, the San Clemente City Council passed a zoning ordinance requiring the land on which MemorialCare owns to continue to provide a hospital as well as an emergency room.

“The lawsuit is about restoring MemorialCare’s rights to use its property; rights that it has had since it purchased the property over a decade ago,” Struthers stated. “The San Clemente City Council illegally took those rights away in February of this year. When the San Clemente campus was acquired in 2005, zoning ordinances gave it the right, at its option, to operate a hospital—or a clinic, doctors’ offices, and any other medical facility, that MemorialCare, in its judgment, thought best. The city encouraged MemorialCare to believe the city supported the zoning, and that flexibility was relied on in the decision by MemorialCare to purchase the property.”

Will MemorialCare turn the current location into an advanced urgent care facility or some kind of alternative for outpatient services if it wins the lawsuit?

“It’s just not possible to say at this point,” Struthers said. “MemorialCare will continue to evaluate its options as the case develops.”

In the release, the city asserts MemorialCare has rejected the city’s request to extend the hospital closure date and “refused to even consider numerous offers to purchase the hospital.”

“Instead, MemorialCare has chosen to file a lawsuit and put its profit before the public’s well-being,” the press release stated. “MemorialCare is a nonprofit public benefit corporation that receives tax exemption status but behaves like a for-profit company.”

City officials stated they think MemorialCare’s lawsuit is without legal basis and demanded the healthcare provider continue to provide hospital and emergency services until a new operator is found.

“This is a frivolous lawsuit. Memorial(Care) unilaterally chose to close the hospital and has refused to consider numerous offers to purchase it,” Mayor Bob Baker stated in the release. “As a non-profit they have failed to live up to their requirement to provide a public benefit. This closure will increase mortality rates between 5 percent and 15 percent in the entire South Orange County region. Those are people’s lives, not profits.”

“For decades, the city’s land use and emergency planning have anticipated the need for a hospital and emergency medical facilities in San Clemente,” the release stated. “The Safety Element of San Clemente’s ‘2014 Centennial General Plan’ identifies the existing hospital and its existing site as a ‘Critical Facility (Hospital),’ yet MemorialCare’s lawsuit asserts that a hospital designation is inconsistent with its commercial designs for the site.”

At its April 19 meeting, City Council will vote to direct staff to write a letter to the Orange County Emergency Medical Services urging them to slow the process of the hospital’s closure.

Orange County Emergency Medical Services (OCEMS) / Emergency Medical Care Committee (EMCC) will host a public hearing at 9 a.m. on April 29, at the Commission Hearing Room, County of Orange Hall of Administration, 333 West Santa Ana Blvd. in Santa Ana to hear input from the community, hospitals, fire departments and ambulance providers affected by the closure of emergency services at Saddleback Memorial Medical Center. Public comments will be utilized to assess the impact on community access to emergency medical care. Findings from the hearing will be included in the OCEMS Impact Evaluation Report to be submitted to the California Department of Public Health.[/box]

Hospital officials have been trying to alter the hospital into an advanced urgent care center from an acute care hospital since mid-2014 because, officials said, their average inpatient population had dropped considerably in the last few years. Inpatient care usually represents a large part of hospital revenue.

Since then, MemorialCare officials brought forth options for the city to approve for urgent care facilities, but pressure from City Council and the public demanded an emergency room in San Clemente.

“In August 2014, MemorialCare proposed to replace the acute care facility with a state-of-the-art ambulatory heathcare campus including an advanced urgent care center and other healthcare services—and it had every right to those uses under the zoning laws,” Struthers stated in the email.

At the beginning of this year’s California legislative session, two bills from Assemblyman Bill Brough and State Sen. Patricia Bates that would have allowed for a freestanding emergency room were heard in their respective houses’ health committees. A freestanding emergency room would allow for MemorialCare to provide emergency services with fewer requirements, but they are currently not legal in California. Both bills failed to get the necessary votes to move forward in the Legislature.

On Jan. 19, when the city passed the zoning ordinance, many hospital officials and physicians spoke out against it, claiming it was “spot zoning” and discriminatory to require the hospital maintain a facility that was losing money. Proponents of keeping the hospital open have claimed MemorialCare has an obligation to provide the hospital and emergency room services promised when the purchase of the facility was made.

MemorialCare officials said following the announcement of the hospital’s impending closure they have been speaking with potential buyers of the facility, but none have been named at this time.

Editor’s note: This is a developing story and will be updated once details are available.