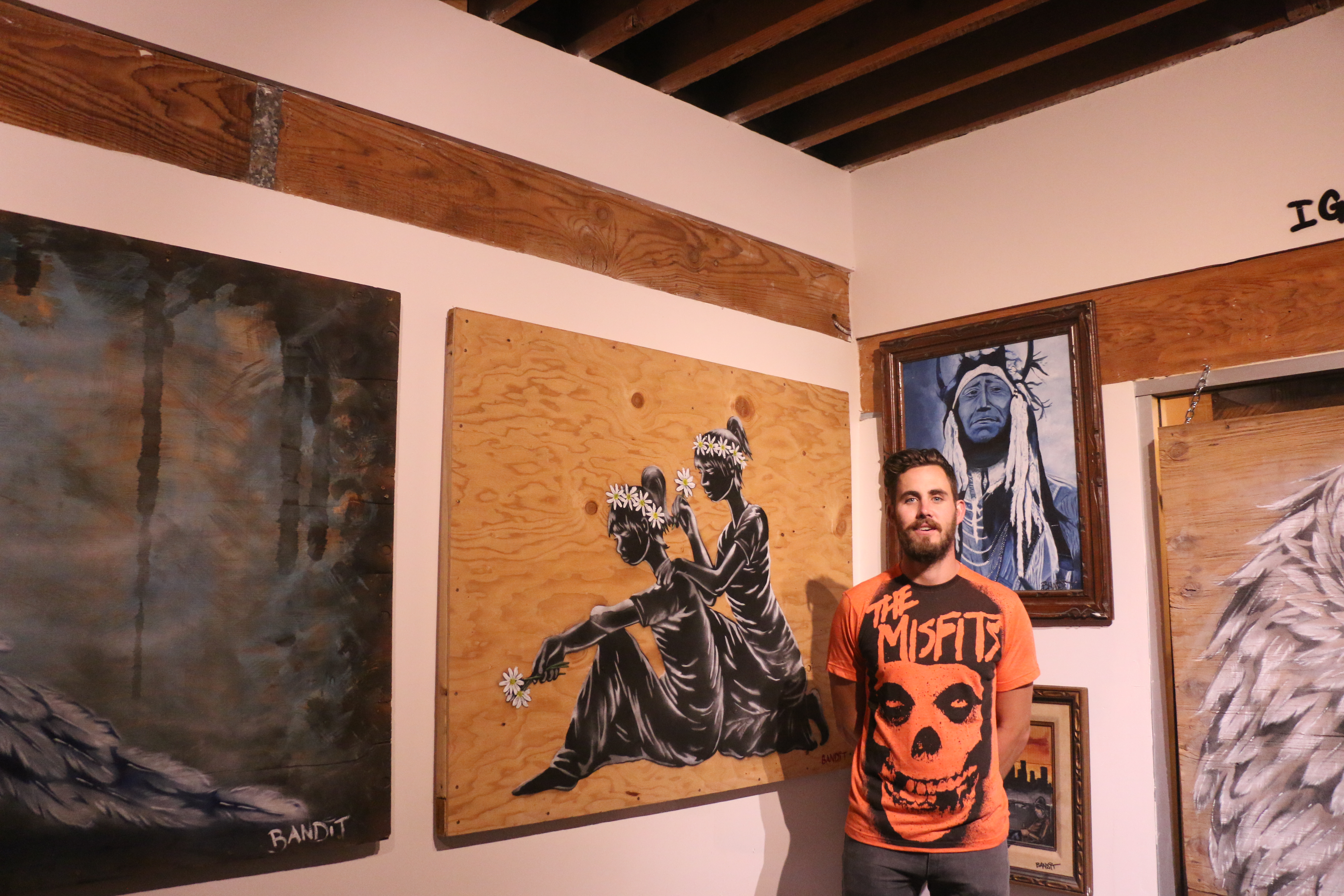 ‘House’ is Where You Make It: Artist in Residency Location Starts on S. El Camino Real

South El Camino Real has an up-and-coming art space that is expected to host various artists from around the world.

The street artist program at House of Trestles has been slowly gaining momentum as a venue recently for one- or two-month residencies for artists to display their work.

It’s a bit different from your typical gallery or museum. The founder of House of Trestles , Joshua Host, said he wants to help promote the artists who commit their art to the project via social media and other means.

“Most of these street artists aren’t doing it to monetize it; they’re doing it as an expression and a connection with an audience,” Host said.

There is no criteria for what kind of artist wants to participate, Host said, and the showroom is big enough for just about any artist to display their work.

“The street artist in residence was started a few months ago,” Host said. “We had our first artist stay, REMIO, from Norway, and his show was in Halloween.”

REMIO is known for doing action sports coverage and artwork.

Local street artist Bandit decided to join the program and currently has his own exhibit on display. There are a few murals and stencil paintings as well as an installation in a room about 50-square-feet large.

“Shortly after that show, I was talking with Bandit and a few other guys … about co-chairing the program,” Host said. “Since that point, we’ve had a couple street artists who have decided to come on, and the idea is to provide a few different things. One, to provide lodging for street artists from around the world to come here and have interactions with travelers and artists in Orange County. Two, to provide global exposure. And three, to generate revenue for their venture as well as revenue for the program.”

Host said right now it’s something that he put the initial money toward building the program, and others have since seen the opportunity. There are five board members, including Bandit, and Host, who owns the building.

The current installation in House of Trestles is Bandit’s “Unbuffed.” The name recognizes the fleeting time Bandit’s work is on display in the streets or in abandoned buildings, which usually is either painted over or destroyed within a few weeks. This art, however, has a medium and sanctuary where it can live on.

In February, Francisco Camilo will start his residency at House of Trestles to do a 60-day residency. Camilo is a street artist from Portugal.

“The first art in residency was (by) word-of-mouth,” Host said. “We’ve since then had eight requests from artists all over the world, from people as close as Las Vegas and as far as Australia, primarily through social media.”

As of now, appointments to see the work have to be made for private tours or during events, but that could change in the coming months.

For more information and updates, visit House of Trestles on Facebook.