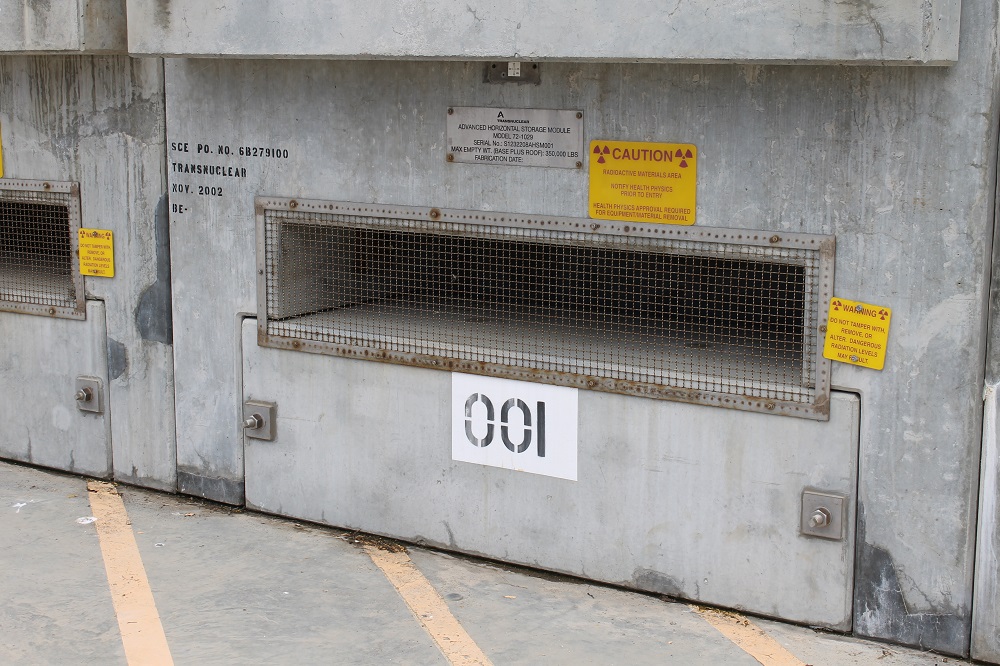 The U.S. House of Representatives passed a $982.8 billion spending package last month that includes millions in funding to establish a program to temporarily store nuclear waste from the nation’s power plants such as the San Onofre Nuclear Generation Station (SONGS).

The four-bill appropriations package, which passed in a 226-203 vote on June 19, provides several federal agencies funding for Fiscal 2020, beginning Oct. 1. The Department of Energy will have a budget of $37.1 billion, with $25 million allocated for the creation of the consolidated interim storage program.

Rep. Mike Levin, who represents California’s 49th District comprising the cities of San Clemente, Dana Point and San Juan Capistrano, lobbied for the $25 million that, if enacted, would pay for the initiation of the program, site preparation and the coordination of transporting the spent fuel.

Currently, the U.S. doesn’t have a permanent repository to store nuclear waste, as power plants have been responsible for the storage of its own spent fuel. Proposals to construct temporary storage sites in New Mexico and Texas are currently going through the application process, according to the Nuclear Regulatory Commission (NRC).

At SONGS, Southern California Edison was recently given the greenlight by the NRC to resume storage activities, which was put on hiatus following an incident last August, when a canister carrying spent fuel got stuck on a guiding ring while being lowered into a vertical receptacle.

Though given the go ahead to continue transferring the plant’s spent fuel into its dry storage facility, SCE has not yet determined when it will officially resuming loading operations. In early June, SCE Vice President Dough Bauder it’ll be several weeks before a start date will be announced as there are internal reviews that need to be performed.

Of the Energy Department’s appropriations for the upcoming fiscal year, $1.3 billion will be dedicated toward nuclear energy, including the storage program as well as for the research and development of “next generation of clean and safe reactors,” according to the House Appropriations Committee.

DOE’s fiscal 2020 funds would also go to “further improve the safety and economic viability of our current reactor fleet and contribute to the nation’s long-term leadership in the global nuclear power industry,” the committee stated in a breakdown of the appropriations bill.

House Democrats, including House Appropriations Committee Chairperson Nita Lowey, praised the passage of the bill, calling it an investment “For the People” as it prioritizes funding for health care, infrastructure, clean energy and education.

“With this vote, House Democrats have honored our promise to invest For the People,” said Lowey said in a press release. “This bill will help American workers, families, and communities access education, job training, health care, and other tools and services that will give them a better chance at a better life.”

“I urge Senate Republicans to recognize that this legislation would improve millions of lives, to end their obstruction, and to work with us on behalf of the American people,” Lowey also said in the release.

The appropriations package is currently awaiting action in the Senate.—Shawn Raymundo