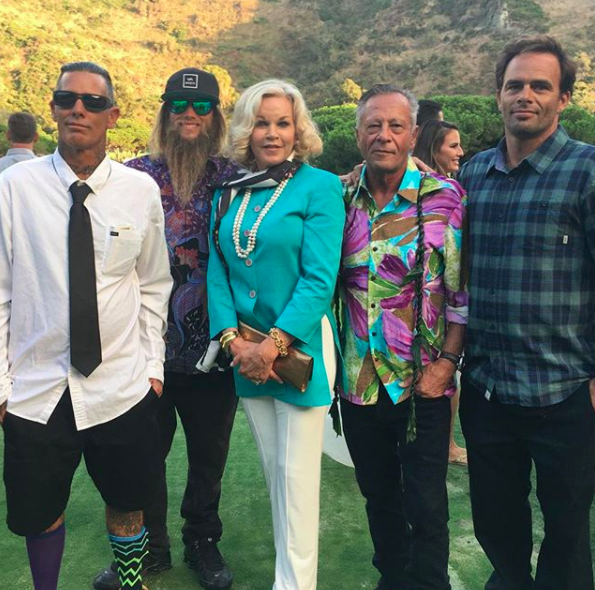 It must have been about 10 years now. We were sitting on the beach at Lowers watching his boys, Christian and Nathan, surfing with world champ Andy Irons and his brother, Bruce. The performance level in the water was raw and unrestrained. The quote has been rattling around in my skull ever since.

Last weekend, Herb, as he’s known by friends, was recognized with a Lifetime Achievement Award at the Surf Industry Manufacturers Association (SIMA)’s Waterman’s Ball. It’s hard to condense his contributions to the sport over the course of his well-lived life into a brief, 200-word riff, but here you go: He got his start as an exceptionally talented longboard stylist before becoming an integral part of the “Shortboard Revolution” in the late 1960s.

He pioneered surf video production and was the first to ride a jet ski in massive surf. He founded the traction company, Astrodeck, which is still a San Clemente institution. And without the aerial innovations of Christian in the early 1990s, surfing as we know it today would be a lot more boring. He’s also an accomplished artist, surf-tripping and working alongside his friend and famed creator Julian Schnabel.

“It’s been a really great ride,” said Fletcher during his acceptance speech. “I can’t explain how this happened, it just happened…it’s unexplainable.”

“I’m a visionary guy,” added Fletcher. “That’s what it’s about, going surfing and keeping the stoke.”