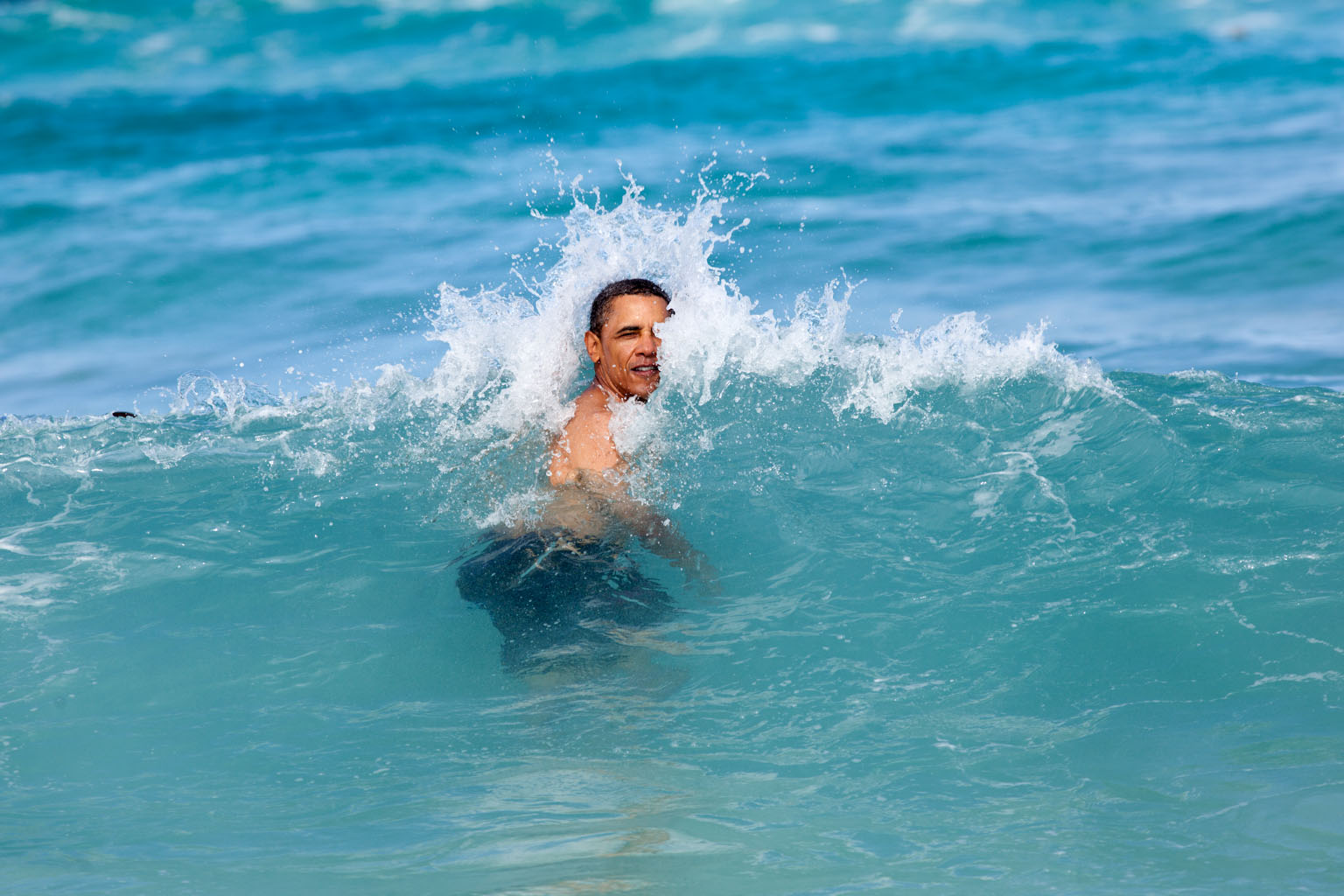 Howard: For the Last Eight Years, It’s Been Fun Having a Surfer in the White House

Eight years ago at the presidential inauguration, newly elected President Barack Obama walked down the parade route in Washington D.C. throwing heartfelt shakas to everyone in the crowd. There are things you don’t unlearn from surfing. No matter where the journey of life takes you, the ocean remains a profound teacher, and as the first African American president in U.S. history made his procession through the capitol, he did so with an air of aloha in his step. One might say he was stoked!

Growing up on the south shore of Oahu, young Barry Obama enjoyed hanging at Sandy Beach, a world-famous bodysurfing spot reputed for its dangerous shore break. In this cauldron of froth, and foam, and sand, and tubes, the Pacific doles out stout lessons on humility—something that would likely prove to be a powerful asset when negotiating with world leaders. Over the years, Sandy Beach, located on the eastern corner of the island, has broken backs and relegated otherwise healthy men to wheelchairs. But for locals like Barry, perhaps without the ways, means or inclination to longboard in Town or chase big waves on the North Shore, the break is a place where friends and family can gather, get barreled, enjoy a picnic, and as they say in the Islands, “just cruise.”

This week, after eight years as the leader of the free world, President Obama protected expansive swaths of the Pacific and Atlantic Oceans. In his final days in office, he granted National Monument status to a number of locations up and down the California coast, as well as a multitude of other natural treasures throughout the U.S., including Bears Ears in Utah. It’s my contention that without the sensibilities of a waverider and their keen connection to the environment, he would not have protected half the territory he did. Wherever you fall on the political spectrum, and whatever your opinions on the successes of his domestic and foreign policies, taking bold steps to protect the world for future generations is indeed a noble step.

Last summer, at the top of the president’s reading list was William Finnegan’s Barbarian Days: A Surfing Life, which received a Pulitzer Prize in 2016—yes, a “surf book” was considered the best book in all the land. During his vacation, he was looking forward to finding a good shade tree on Maui and settling in to absorb a biography that very much paralleled his own journey in Hawaii. In the private quarters of the White House, he hung surf photos just like all of us do in our homes. And when it was announced that the sport of surfing had been selected for the Olympics in 2020, he gave a press conference in the Oval Office with a couple of world champ John John Florence’s boards behind him (specially adorned in red, white and blue). He even made U.S. Secretary of Treasury Timothy Geithner and his daughter take surf lessons once.

Midway through his presidency, Obama and his family stayed on the North Shore of Oahu during a winter vacation. They chose secluded accommodations near Mokuleia, not far from a surf spot called Silver Channels. At the time, I was on the island covering the North Shore beat for ESPN. On down days, I’d fallen in with a group of lifeguards at Waimea Bay and every day at 10 a.m. we’d meet up at the bay to workout. Some of the lifeguard crew had been hired by the White House to serve as lifeguards for the president.

“He can’t go bodysurfing. It’s a matter of national security,” said one of the lifeguards.

“He has to sit on the beach and read or go play golf. I don’t think he’s very happy about it,” said another. “We’ve been taking the girls out on jet ski rides and they’ve been in the ocean every day, but he can’t bodysurf… and I think he really wants to.”

They described how the Secret Service was always nearby—making sure he didn’t get in past his ankles. We all joked that he was just like every other working stiff that can’t go surfing because sometimes the job comes first. Here’s a guy that commands the world’s finest Navy and he can’t even ride a wave or two. Oh, the irony! It was an interesting look into the life of our wave-starved surfing president.