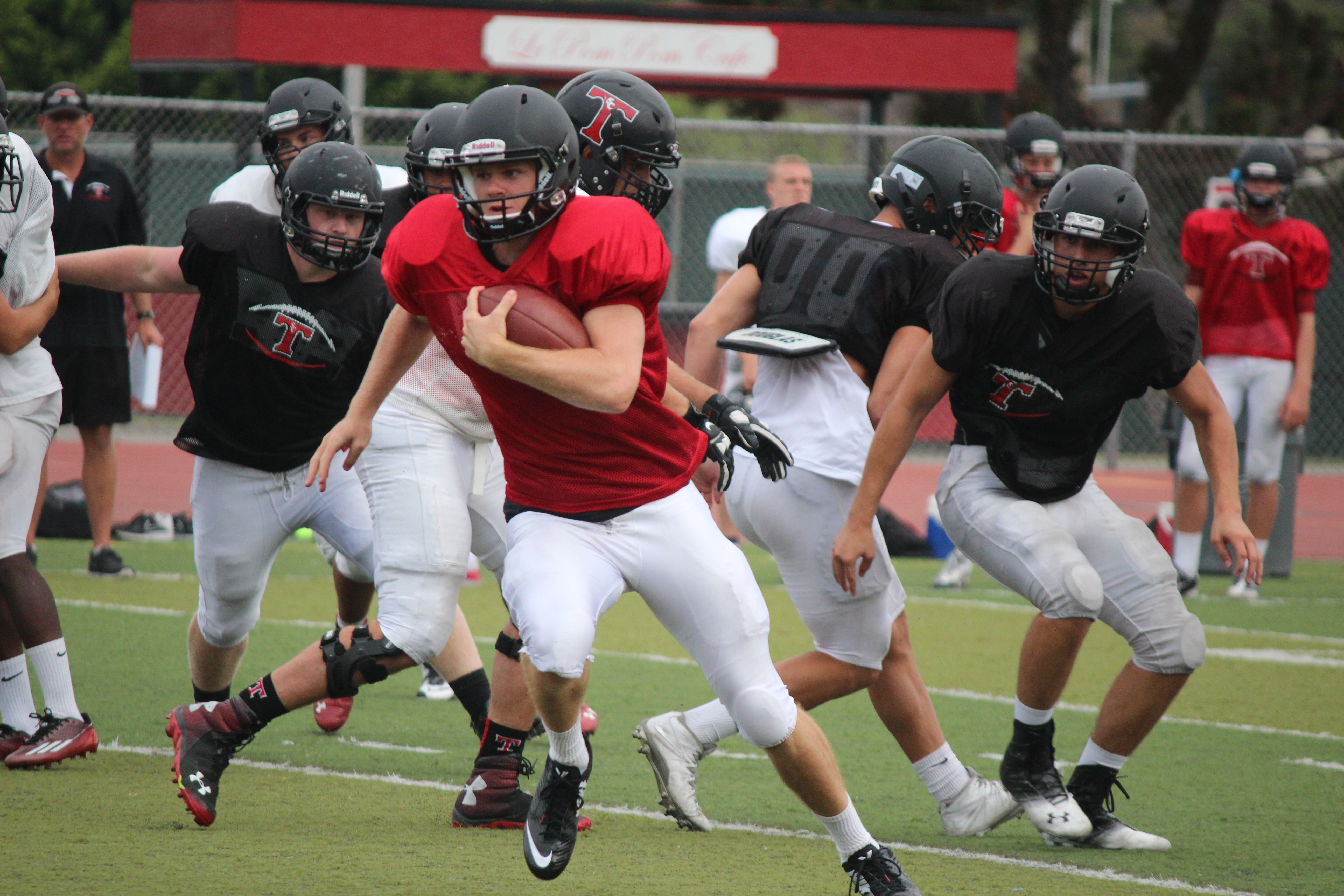 Huge Second Half Powers Tritons to 49-21 Win Over Dolphins

Despite being sick for most of the week, San Clemente High School senior quarterback Sam Darnold delivered one of the most productive performances of his career Friday night in a wire to wire 49-21 nonleague victory over Dana Hills at Thalassa Stadium.

Darnold, who was fighting an illness all week and barely practiced with the team, had six total touchdowns on the night. The USC commit completed 16 of 25 passes for 329 yards and four touchdowns. He also ran for 24 yards on nine carries and had two scores.

Both teams traded possession early until San Clemente (3-0) took advantage of a short field to start the second quarter. The Tritons quickly drove downfield and scored following a seven-play sequence that ended with Darnold scoring from two-yards out.

Dana Hills (0-3) responded on the next drive. The Dolphins used a healthy dose of running back Brian Scott to get into Tritons territory and scored on a 36-yard play action pass from quarterback Cole Wilber to senior receiver Jay Schuyler that made it 8-7.

A failed Dana Hills onside kick attempt set up another short field for San Clemente, who needed only four plays to get on the board again. A 39-yard pass from Darnold to senior Jake Russell set up another easy touchdown run for Darnold.

The Tritons led 21-7 at halftime and for the second consecutive week, they dominated the final 24 minutes of play.

San Clemente scored 21 unanswered points to open up the third quarter. Sophomore Brandon Reaves scored on a 62-yard touchdown pass that saw him break several tackles. Cole Harlow reeled in a 47-yard yard catch to find the end zone and Jake Feiner punched in a one-yard run to give San Clemente a commanding 42-14 lead.

Dana Hills, who had multiple players starting on both sides of the ball, could not respond until the fourth quarter. Wilber, who had 41 pass attempts, threw his second touchdown of the night to Nathan Hernandez with nine minutes to go in the game.

“They had a lot of guys going both ways. We knew that the first half they were going to battle back and forth,” San Clemente head coach Jaime Ortiz said. “I told the kids at halftime the third quarter was going to be the difference between winning and losing and that’s what happened.”

The Tritons have now outscored their last two opponents by a combined 58-7 margin in the second half.