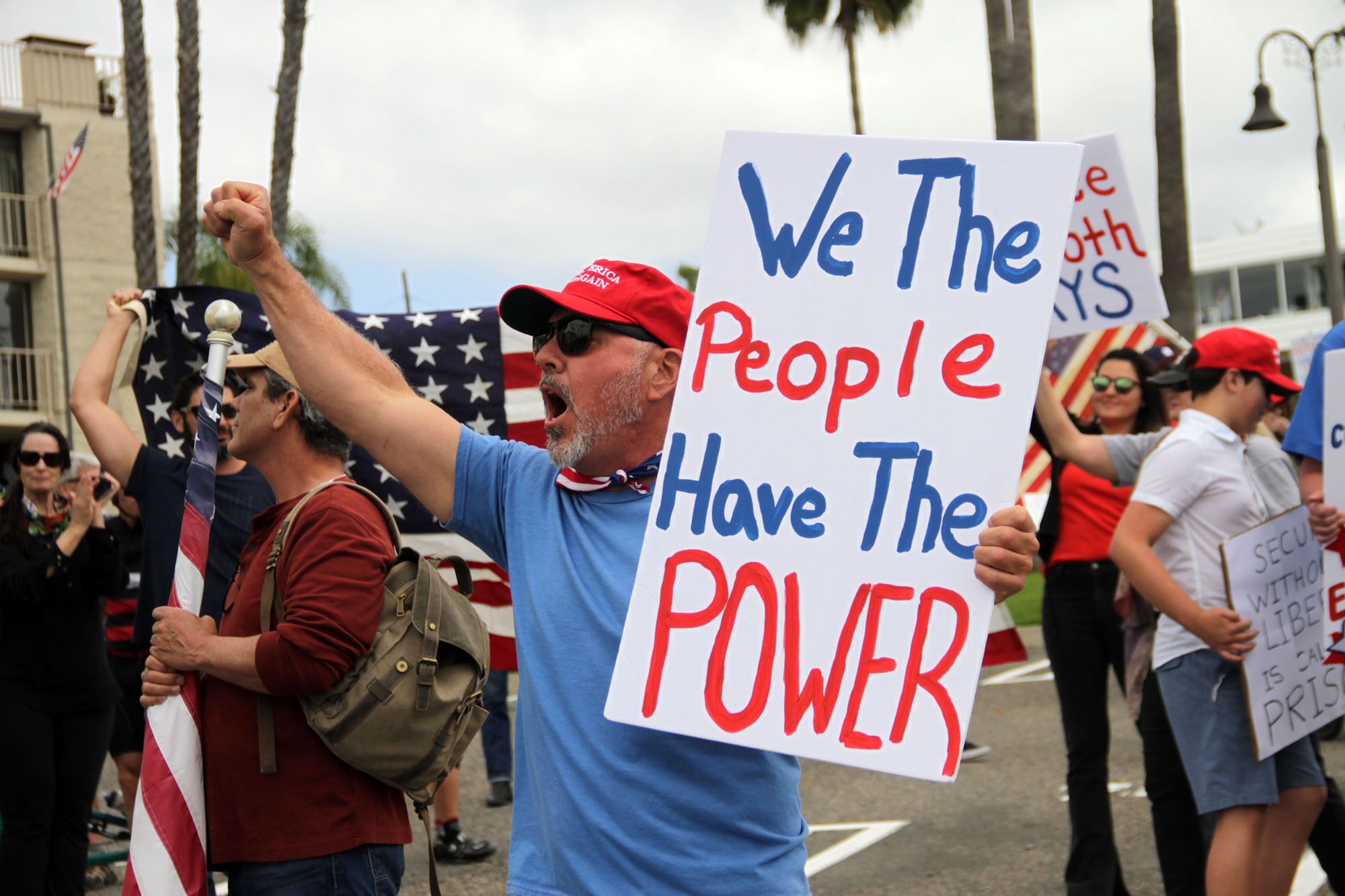 Story and Photos by Shawn Raymundo

In defiance against social distancing directives to limit the spread of the coronavirus pandemic, a few hundred demonstrators took to the streets of Downtown San Clemente on Sunday, April 19, urging state and local governments to reopen businesses and beaches.

The protestors gathered at the Pier Bowl parking lot around noon and marched up Avenida Del Mar waving American flags and holding up signs that called on governments to lift the stay-at-home orders—or “Liberate California” and “End the Lockdown.”

The organizers, led by Alan Hostetter, held the same protest the previous week, on Easter Sunday, with a much smaller crowd. Sunday afternoon’s gathering comes on the heels of several other protests that have occurred throughout the nation in recent days, including one at Huntington Beach on Friday, April 17.

To date, there have been 1,636 cases of coronavirus in Orange County with 32 deaths, according to the latest data from the county’s health office. Between Saturday and Sunday, there were 79 new cases reported. In San Clemente, there has been a total of 43 cases reported.

More than 140 individuals are currently being treated for the virus in the hospital, with 56 of them needing to be admitted it intensive care units.

As of Sunday, 17,994 people among Orange County’s 3.22 million citizens have been tested for coronavirus.