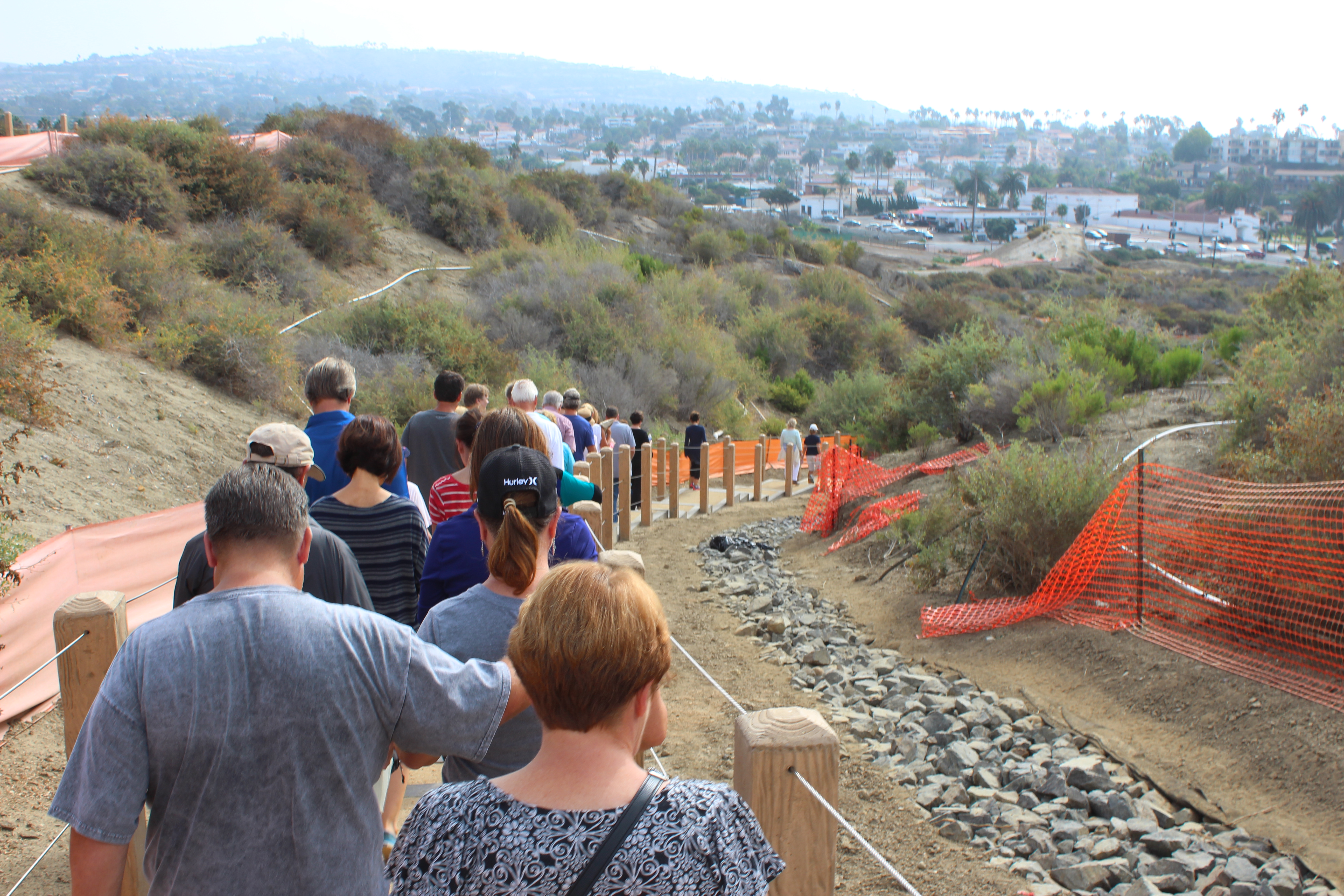 Though homes are still almost a year from going up, several hundred residents made a long trek around Taylor Morrison’s residential property at Marblehead Saturday, to get a look at the future sites of several city parks, acres of nature preserves, miles of a new trail system and the future site of more than 300 new homes.

Officials from both the developer, which purchased the property last year from Lehman Brothers, which had inherited it when original developer SunCal left the project—and the city, including Mayor Tim Brown, led more than 200 residents on a tour of the property. Taylor Morrison is responsible for finishing infrastructure projects, including four public parks to be turned over to the city, the trails and the completion of West Avenida Visa Hermosa to Avenida Pico near the city’s water reclamation plant.

Project manager Don McDougall said he currently is projecting the completion of the road, the parks and trails to come at the end of January, though the timeline could change. McDougall also noted a potential name for the development, Sea Summit, though an official announcement will come in a few weeks.

The site will include four city parks, Canyon View Park, Pico Park, Sunset Park (which will likely be renamed to avoid confusion with a park in Dana Point) and the Jim Johnson Memorial Sports Park, which will include a number of soccer fields. A fifth park will also be open to the public, but be maintained by the homeowner’s association of the development. There will also be more than 100 acres nature preserve, and homeowners will be restricted on the types of plants they will be able to use, with a preference for California native materials.

“We bought a house on Avenida Presidio, we can look out and see what’s going to be built,” Scott Nichols said. “We wanted to take a look. The trails are well done.”

“It’s going to be marvelous,” she said. “It’s going to be similar to the Strand Beach project in Dana Point. The end project will be beautiful. We were concerned with the congestion and having too many homes.

Taylor Morrison officials said most of the questions they received were on the timing of the homes being built, as well as the process for selling them. The current timeline calls for model homes to be built in the first half of the year, with construction beginning in earnest in all five planning areas by summer.