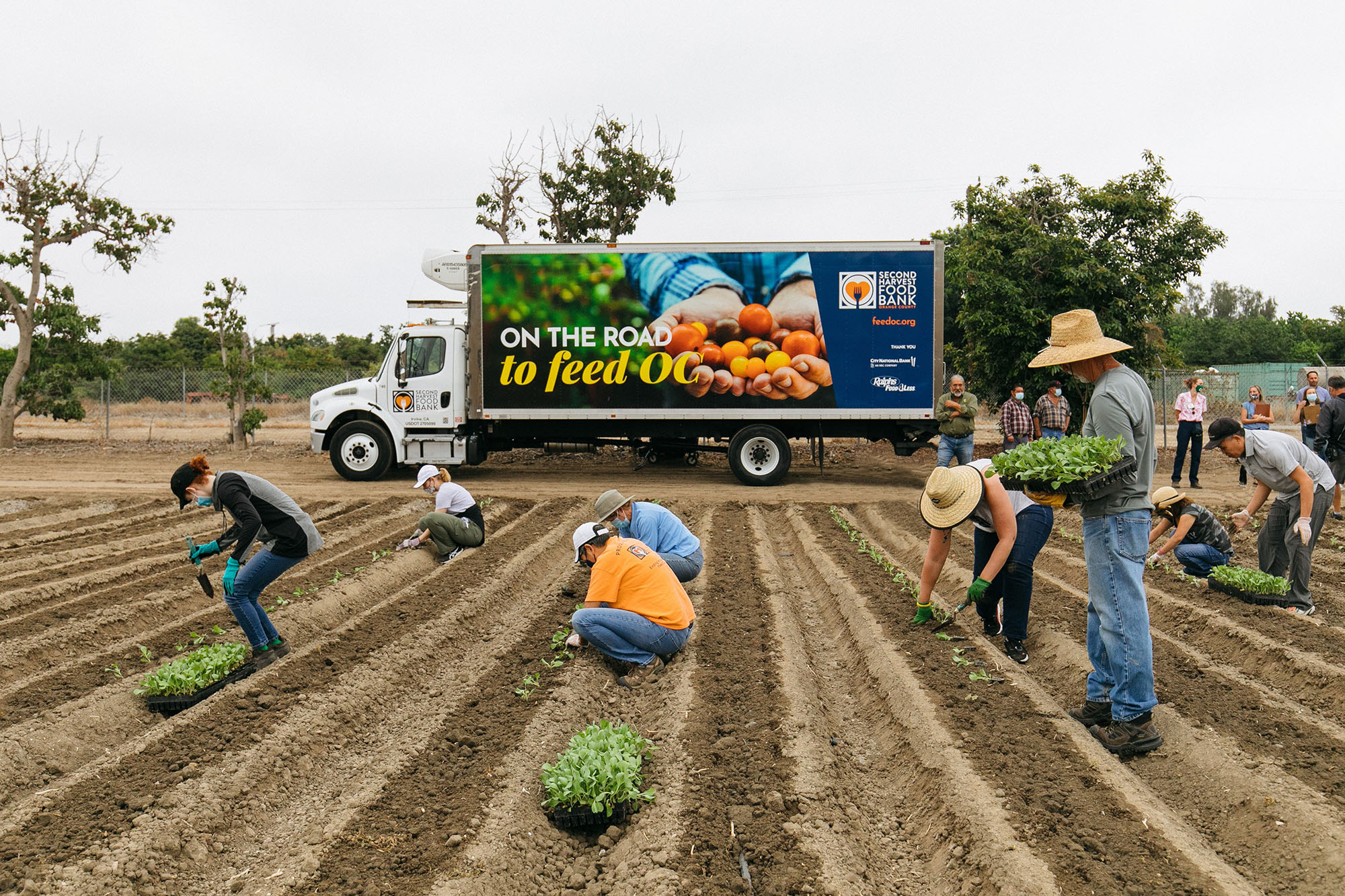 Mayor Joe Muller at the Sept. 20 meeting presented Malia Cary, the Government and Public Affairs coordinator for the Second Harvest Food Bank of Orange County, with a proclamation, recognizing the nonprofit’s efforts to feed residents in need.

“One in 11 people right now in Orange County is food-insecure, and that includes one in eight children,” Cary said.

Acknowledging that September was nearly over, Cary explained how OC Hunger Alliance comprises multiple nonprofits that partnered together.

“Hunger Action Month is a national campaign to bring awareness to food and nutritional insecurity,” Cary said. “So, we’ve partnered together as the OC Hunger Alliance to reach out to our city governments and our county as well.”

Second Harvest, based in Irvine, is one of two food banks in Orange County. The nonprofit works with OC Food Bank in Garden Grove and a third organization, Abound Food Care, to form the OC Hunger Alliance.

Dana Point was one of 30 in Orange County to officially issue a proclamation in recognition of Hunger Action Month.

According to Cary, Second Harvest sees an average of about 332,000 people each month, up from the 249,000 individuals served prior to the COVID-19 pandemic.

“So, that number is still up for us,” Cary said.

Cary, who grew up in Orange County, noted that residents often see the county as an affluent area where many people may not “think about our neighbors facing food insecurity.” The pandemic, she added, has exposed the difficulties in securing meals for one’s family when he or she has suddenly lost a job or is experiencing health issues.

“For a lot of people in America right now, a meal is a choice between food and other critical needs like housing, health care (and) transportation. Everything is so expensive right now,” Cary said. “We really believe that no one should have to make those types of choices to put food on the table for their families.”

While Second Harvest itself does not distribute food, it relies on local partners on the ground to do so, such as Family Assistance Ministries (FAM) in San Clemente. Every second Saturday of the month, FAM opens its food pantry to those in need.

“That helps for those facing food insecurity that they don’t have to come all the way to Irvine,” Cary said. “Often, transportation is an issue, so they can go to a local partner site that’s more geographically convenient for them to pick up the food.”

One such local partner site, the Community Outreach Alliance (COA) based in San Clemente, offers free food distribution to those in need, no questions asked, through its Food Connection.

“We try to be a little bit different; we’re not as large as a FAM, per se, but we like to be there to pretty much fill in the gaps,” COA Board Member and Food Connection Director Molly Flores said. “So, it’s not like a long-term program for most people.”

“A lot of times, it’s maybe on those off months where they’re just really light for a week at a time, or maybe it’s just kids that need snacks for homework club,” Flores said.

COA’s Food Connection supplies about 24,000 to 28,000 people per year with food. The nonprofit holds a food donation event every other Monday starting at 3:30 p.m. at the San Clemente Baha’i Center.

“When I first came here, I didn’t realize how much need there is here,” Flores said. “I think a lot of people take for granted that we live in such a beautiful place that we kind of assume that everybody has the same means, but there’s a lot of need.”

The nonprofit is 100% volunteer-based, Flores said, with volunteers picking up grocery rescues from Target, Ralphs, Albertsons and Gelson’s Markets.

“Just because we live in an affluent area, we should not take for granted that there’s a lot of people who really do need help,” Flores said. “To kind of help put it in perspective, volunteer, get involved, help those less fortunate. In that way, we don’t take for granted the things that we have at our fingertips.”