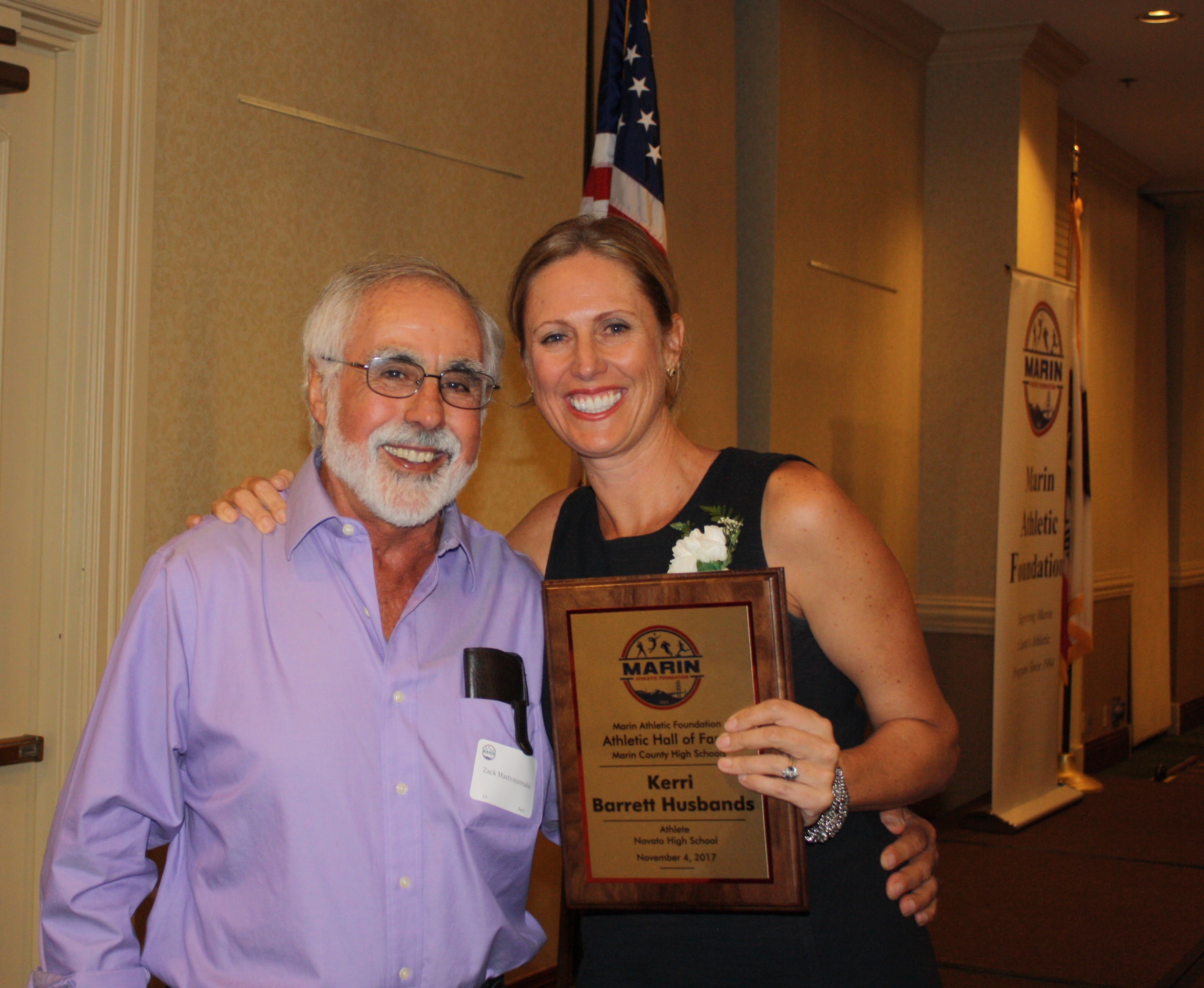 For her success on the court, the field, in the classroom and, now, in her local community, Kerri Husbands was inducted into the Marin County Athletic Hall of Fame on Nov. 11.

Husbands, who was a standout athlete in soccer and basketball at Novato High School and later played basketball for the University of California-Berkeley, was one of 10 inductees honored during a ceremony over the weekend.

Husbands is the current girls basketball coach at San Clemente High School, where she has held the clipboard since the 2015 season.

Husbands, who attended Novato from 1989 to 1992, was a star both on the basketball court and on the soccer pitch. She was named league MVP in basketball her senior season and was an all-league hoops selection three times. In soccer, Husbands was a four-time all-league selection.

She helped guide the Novato basketball team to a CIF Championship in 1990 and a runner-up finish in the State Championship tournament the same year.

Her excellence in multiple sports molded her into an athlete ready to play at the major Division 1 level at Cal. She would go on to be a three-year starter for the Golden Bears, earning All-Pac-10 Academic Team honors three times. In 1996, Husbands, the team captain and MVP that year, was awarded the Anna Espanchade Award, an annual honor given to one female student-athlete that best represents the university.

“First and foremost I had amazing teammates and coaches that made it so much fun and allowed me to be successful. Without them I would have been nothing,” Husbands said while reflecting on her playing career. “The wins were awesome … but it was really the time with my teammates, bus rides and goofing around, that I look back at and really cherish.”

Once she graduated, Husbands served as the associate strength and conditioning coach at both the University of California-Los Angeles and Berkeley.

Husbands and her family moved to San Clemente in 2006.

Husbands is a big believer in encouraging her current Triton athletes to play multiple sports. The notion is a guiding principle in her coaching style. This year’s girls basketball team is full of student-athletes that play other sports, like soccer and softball.

“Playing multiple sports allowed me to be a better athlete. It helps your overall development, makes you less injury prone and gives you a better mental balance from sport to sport,” Husbands said. “I really encourage it.”