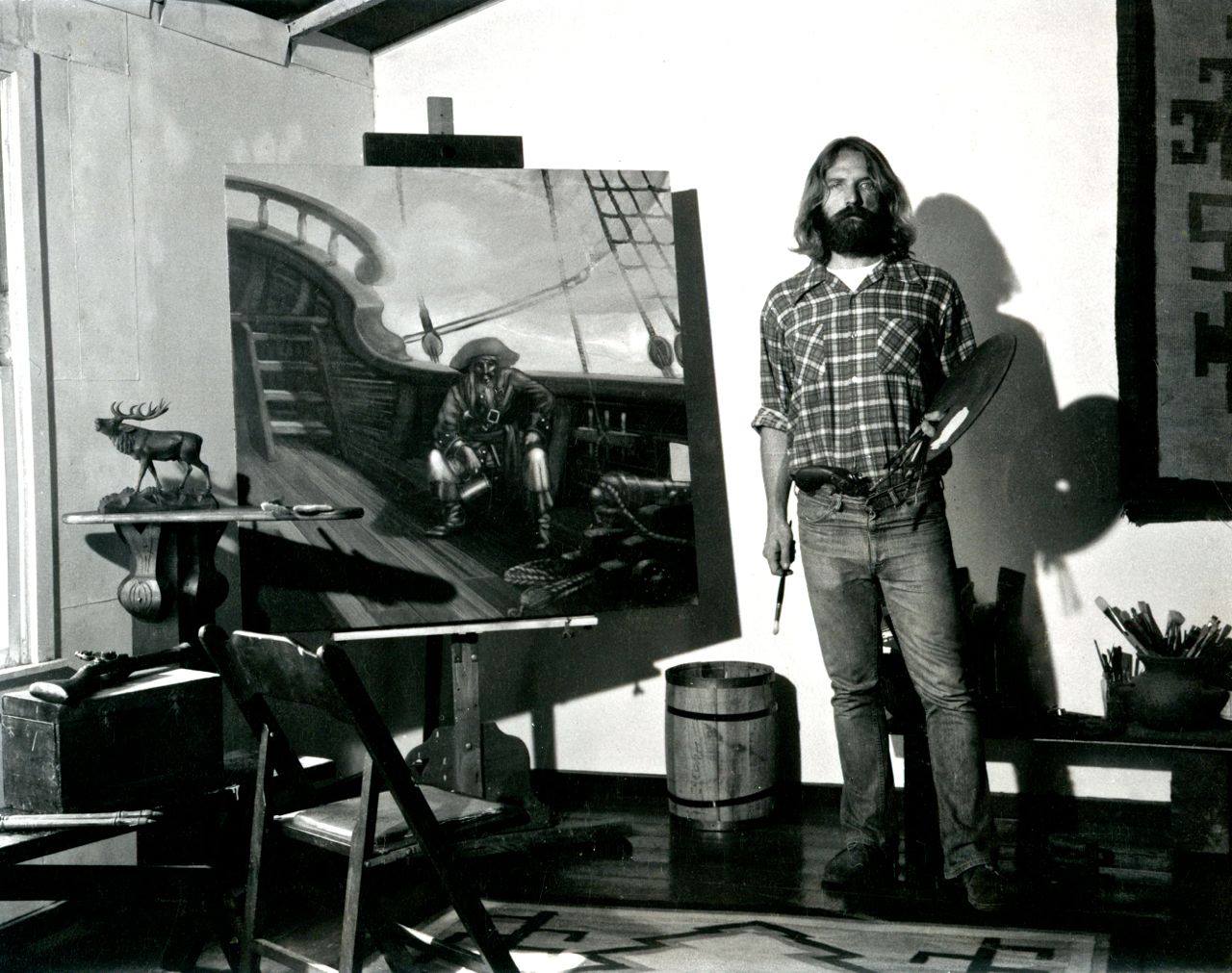 In Search of Rick Griffin

When I first moved to San Clemente 20 years ago, my then-girlfriend (now wife) and I rented a small apartment. It happened to be next door to artist Drew Brophy’s house. As a fan of what Brophy and Matt Biolos had created with Lost Surfboards, it was a unique opportunity to soak up more of Brophy’s artistic musings.

Originally from Myrtle Beach, South Carolina, Brophy pursued his two great passions in life by his early 20s: art and surfing, on the unforgiving North Shore of Oahu.

“I went to the North Shore to paint boards and surf Pipeline,” Brophy said. “That was the dream.”

Eventually, in the mid-’90s, Brophy landed in San Clemente, where his talents were put to good use at aspiring shaper Biolos’ new label, Lost Surfboards. There, he designed the logo and painted boards. But one of Brophy’s big artistic influences has roots in town that go much deeper: Rick Griffin.

Griffin loomed large as an artistic force and surfing inspiration in my life. In ’67, my parents were the cutest couple in high school in San Francisco. Dubbed the “Summer of Love,” the Human Be-In concert was held in Golden Gate Park, and it was Griffin who did the poster for the event.

My parents didn’t attend the Human Be-In; they were too straight to be flower children, which may be why the whole hippie trip intrigued me so much in my formative years. How could they have missed out on all that weirdness?

Griffin provided the psychedelic artwork for a lot of the posters for famous music halls such as the Fillmore, as well as album art for bands including the Grateful Dead. He also drew the first logo for Rolling Stone magazine. I was fascinated by it all, but like me, at his core, Griffin was always a surfer first.

In ’62, Griffin was part of Palos Verdes High School’s first graduating class. While there, his notoriety as a budding cartoonist started to take hold.

His works “usually had to do with some kind of student activity,” explained Vivian Skilling, a teacher and yearbook adviser at the school after Griffin passed in ’91. “They were always humorous . . .  he showed an enormous amount of talent. We used to joke that Rick’s office was under the table,” because his classmates were so interested in watching Griffin work that he used to draw on the floor under a table so that he would not be bothered.

Griffin’s lifelong friend, Randy Nauert, had taught him to surf in ’58 and became an ardent supporter of his for the rest of their days together. Nauert played in one of the original surf bands, The Challengers, and convinced Griffin to make concert posters for the group.

Around this time, big-wave legend Greg Noll also took notice of Griffin’s talents and employed him to make a price list for Noll Surfboards.

Not long thereafter, Nauert convinced John Severson, who was working on the first issues of Surfer Magazine, to hire Griffin. That’s when the character of “Murphy” was first introduced to a mass surfing audience.

The adventures of the little cartoon gremmie was a huge hit, even gracing the cover of the publication in ’62. Nearly 40 years later, one of my first writing gigs was with the esteemed publication.

After doing his time in the San Francisco counterculture scene, by ’69, Griffin and his young family moved to San Clemente. Living on Cazador Lane (the house is no longer there), he continued to paint and create.

Reuniting with Severson for his surf movie Pacific Vibrations and with filmmakers Greg MacGillivray and Jim Freeman on their classic film Five Summer Stories, Griffin, by this time, had asserted himself as surfing’s de facto artist.

One of the most famous illustrations Griffin did during his San Francisco days was the “flying eyeball” poster made for a Jimi Hendrix/John Mayall concert in ’68. Transcending generations, it’s a theme that appears over and over in Brophy’s works as well.

Eventually, Griffin settled with his family north of San Francisco in Sonoma County, where he continued to surf and explore his art. I grew up surfing this rugged and exposed stretch of coast.

One of our favorite south swell breaks was a spot we called “Mysto’s.” It was also one of Griffin’s favorite spots, and after he died in a motorcycle accident in the area, all of the locals started calling it “Griffo’s.”

It seems like just another weird way our stories are intertwined.

There are a handful of Griffin’s works on display at the Surfing Heritage and Culture Center (SHACC) in San Clemente, including the original painting for the iconic Pacific Vibrations poster.

And SHACC has also just uncovered a half-dozen never-before-seen Griffin originals from the bedroom walls of a house in Palos Verdes that will eventually be on display once the world gets back to some semblance of normalcy.