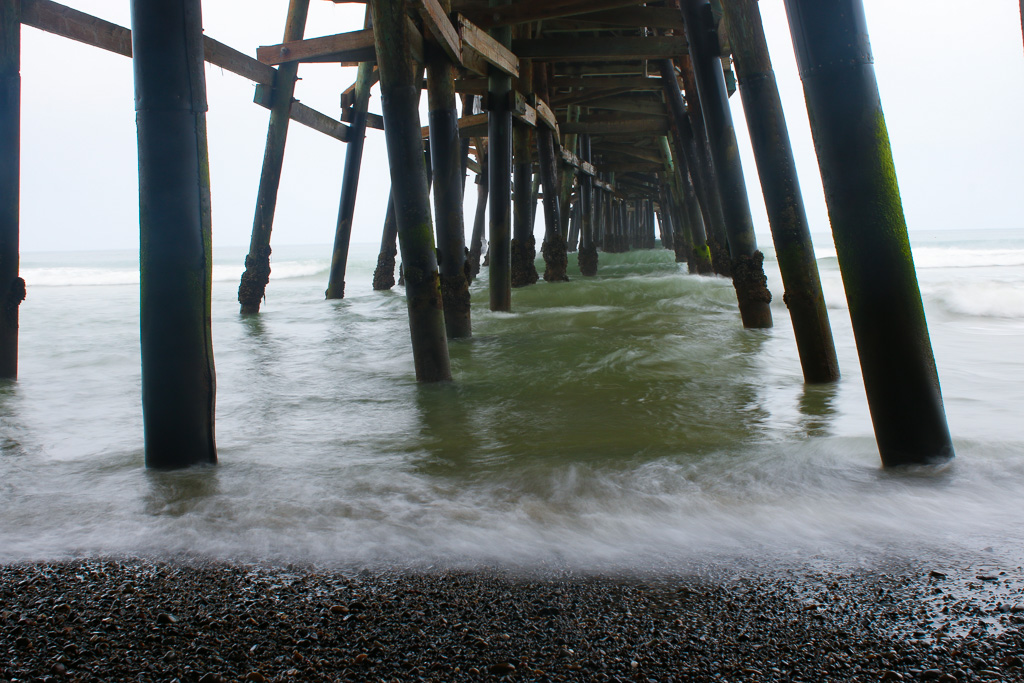 Preliminary data for an ongoing study to determine the root causes of bacteria exceedances found in the sea water around the San Clemente Pier reaffirm the belief among city officials that birds roosting under the municipal structure is a source of the problem.

During the city’s Coastal Advisory Committee meeting on Thursday, Nov. 14, members discussed the initial findings of the San Clemente Pier Bacteria Source Characterization Study, which uses human, canine and avian DNA markers to determine if the sources of bacteria in the water are coming from those species.

“They’re definitely seeing an association between avian DNA in some of the bacteria exceedances,” Coastal Advisory Committee member Jorine Campopiano said of the study’s first progress report, which was put together by Wood Environment & Infrastructure Solutions, Inc.

The city has acknowledged that over the past few years, water quality reports have shown unhealthy levels of bacteria in the water surrounding the pier. This past June, the Santa Monica-based environmental agency “Heal the Bay” ranked the pier as No. 1 on its Beach Bummer list.

Heal the Bay releases an annual “Beach Report Card,” assigning A-to-F letter grades for California beaches based on levels of weekly bacterial pollution in the ocean. Enclosed in the report card is its Beach Bummer list that ranks the most polluted beaches in the state based on levels of potentially harmful bacteria.

A few months prior to the release of the report card, the city put together a task force, the Stakeholder Advisory Committee, to oversee the progress of the bacteria report. The committee comprises subject matter experts from local water advocacy groups and professionals well versed on the topic of microbial bacteria studies.

Cynthia Mallett, environmental program supervisor for the city of San Clemente, previously stated that the birds roosting under the pier are believed to be the “source of the high levels of bacteria.”

Following Thursday’s Coastal Advisory meeting, Mallett further explained that while the initial findings of the study don’t reveal what the primary cause behind the high levels of bacteria is, the pigeons under the structure are certainly a source.

“We feel that they are a source . . .  there may be others, but we feel that the pigeons roosting under the pier are a source,” she told San Clemente Times, noting that the study is expected to be completed by July 2020. “We don’t know what the primary or main culprit is until we further analyze the data.”

The point of the study, Mallett said, is to find the primary sources of the problem and abate it.

“With this data we can then hopefully move forward with abating or getting rid of those sources, so we can meet indicator bacteria water objectives and protect public health when they swim in the area,” she said.

One mitigation measure the city has been discussing is the installation of a net under the Fisherman’s Restaurant & Bar area of the pier to deter birds, but nothing has been finalized yet, Mallett said.

“There has been a net installed west of the restaurant area, from the narrow area to the lifeguard area. That has been installed, so no birds are able to get in there and roost under that area,” she noted. “Under the restaurant area presents more challenges to the infrastructure that needs to be accessed for maintenance, for water and sewer and electrical lines . . . it wouldn’t prohibit them from access, but how would you get around the netting to access?”

According to the progress report, human DNA markers haven’t been found so far in the surf zone near the pier. However, samples collected from the Pier Bowl storm drain system from June to July 2019 did contain human DNA markers.

“Human and canine genetic markers were not detected in the surf zone at all, and they even went back and looked at old data that looked at canine and human markers, and those were not found in the surf zone,” Campopiano said. “So, it’s sort of pointing to avian being the culprit.”

The city’s Stakeholder Advisory Committee will meet on Dec. 11 from 10 a.m. to noon at city hall to discuss the initial findings of the report.