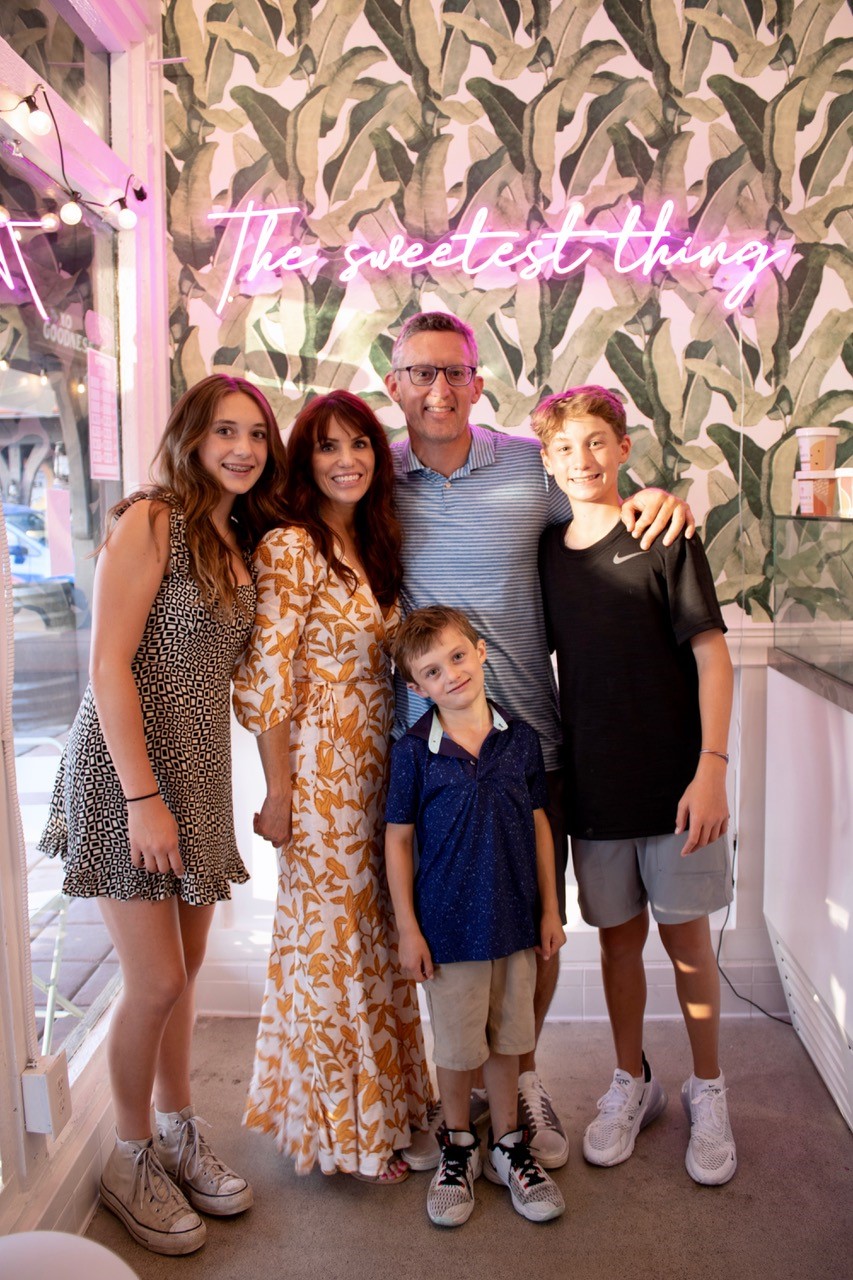 The epiphany woke Ashley Vedder from her sleep at 3 a.m.

“I had a dream that someone was telling me to start a healthy ice cream,” recalls Ashley, whose family had gone out for frozen yogurt the night before and had experienced nasty stomach aches afterward. “I needed to make an ice cream made from natural sweeteners, like dates and maple syrup, and not from pure cane sugar.”

The impetus to create a gluten-free, dairy-free, natural-based ice cream also aligned with Ashley’s commitment to a healthy diet for her entire family, especially her husband Justin, who in 2014 at age 37 had been diagnosed with Parkinson’s disease.

“It took me three years to convince my husband to go for it,” she says.

Having grown up in her family’s kitchen, she started experimenting and researching with flavors. Using all-natural bases such as dates, coconut and maple syrup, she found that her family was loving her new dairy-free ice creams that were loaded with nutrients and antioxidants from the plants she works into the flavors.

In late 2019, she rented some space at a local commercial kitchen and first sold her Vedder’s Sweets products—just five flavors—at the Ladera Ranch Farmers Market. Emboldened by the success but knowing she still needed to pass health department guidelines, she ultimately decided to start looking for a retail location.

But more pressing needs kept her focus on home life, as her husband—whom she met while both attended Laguna Hills High School, where he was the football team’s star quarterback (he eventually went on to play football at Cal) and she starred in soccer and track and field—was undergoing his fourth brain surgery in his ongoing battle with Parkinson’s.

With Justin feeling stronger and the three kids (Hudson, 14; Eve, 12; and Greyson, 6) locked at home during the pandemic, Ashley heard from friends about a retail location that was available in San Clemente that was already piped for food prep.

In August 2020, she signed the paperwork for her 700-square-foot space in Old Town San Clemente Plaza, and she was officially in business. Armed with all of the proper certifications, she started producing larger quantities and flavors of Vedder’s Sweets ice cream out of the store in November and selling them every weekend at the Ladera Ranch Farmers Market (every Sunday morning from 8 a.m.-noon).

She officially opened the store for retail sales in June 2021, which is open Tuesday-Sunday, from noon-7 p.m. (open until 8 p.m. on Friday and Saturday nights). Eight different flavors are available each day, and Ashley now has 23 different flavors to choose from, ranging from vanilla to mint chip (made with spinach) to coconut/pineapple.

“I like experimenting with flavors, so in the fall, we’ll offer some flavors with pumpkin and butternut squash,” says Ashley, who is working to expand her distribution network through outlets such as Sprouts, Mother’s and other larger chains. “I’d like to spread the love of healthy ice cream so everyone can enjoy it.”

Vedder’s Sweets is located at 111 West Avenida Palizada. More information can be found on the shop’s website at vedderssweets.com. Follow the store at @vedderssweets.