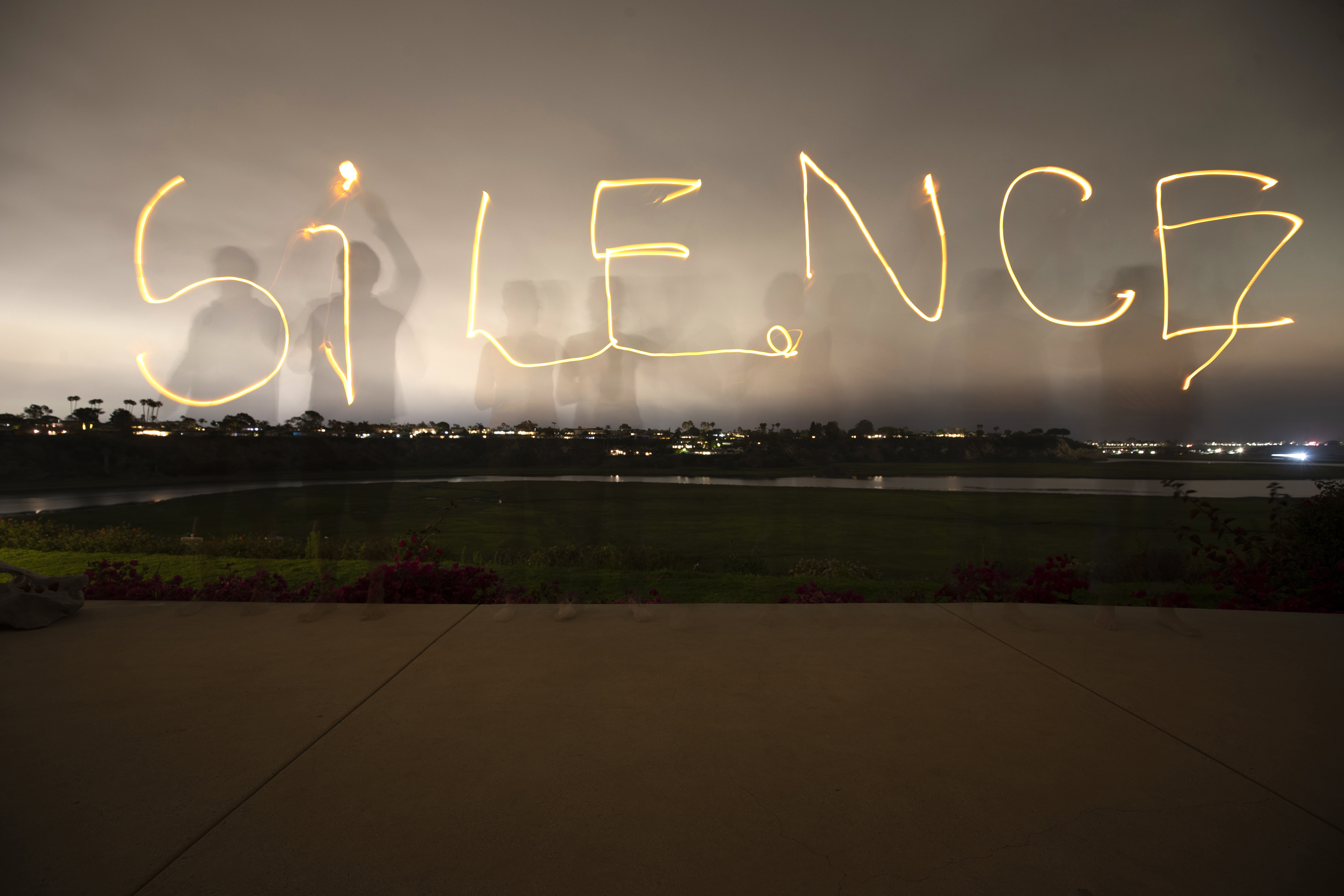 ET Studios will host its third ThinkLab LIVE, with the intent to create an art performance and moving installation by artist Elizabeth Turk at Catalina Island Museum on July 13. The evening will include a performance from The Assembly Dance Co. and an interactive performance that will be created by the participants, led by the music of composer Michael Mortilla and violinist Nicole Garcia.

The event will begin with an introduction by museum director Julie Perlin Lee and will be followed by a synopsis from artist Elizabeth Turk of “Tipping Point: Are We Creating a Silence?” All participants will be required to wear white clothing per the request of the artist and will be navigated through the process of creating a light canopy. This is where messages are written in the sky with a light wand and are captured on long exposed film and video. The imagery captured throughout the event will be shown at a later date.

Turk, a California native and sculptor, partnered with Laura Siapin, the operational manager from San Clemente, in developing a nonprofit in 2018 called the ET Projects. Their first ThinkLab LIVE was called the Shoreline Project, which consisted of a 1,000-person community project in Laguna Beach that was based on Turk’s body of work, “Seashell X-Ray Mandala Series.” The image of the seashell mandala image was then transferred on the canopies of umbrellas that were illuminated by an LED light shaft. These umbrellas were carried by the participants at Main Beach at sunset, with the intention of 1,000 lights moving together.

Turk developed the idea of the Tipping Point this past fall during a month-long live exhibition with Tyler Stallings, which was the second ThinkLab .002 event at Orange Coast College. Turk constructed an alphabet of symbols or sounds that were derived from various birds of North America. From these sounds, she then explored the concept of extinction that was meant to provoke thoughts of both impermanence and permanence. She then created a metal maze embedded with imagery intended to have the audience become both victim and aggressor in the effects of our planet.

“We approach this upcoming ThinkLab LIVE .003: ‘Tipping Poin: Are We Creating a Silence?’ with anticipation of how will participants respond, how can we push the project even further?” Siapin said. “Tipping Point is timely, and we feel full of potential impact, because the goal is to encourage thoughtful conversation around the idea of extinction.”

Tipping Point is comprised of three elements; the first is the installation of “Migration Patterns,” the second will be sculpture in the “Echoes of Extinction,” and, lastly, the performance of “Are We Creating a Silence?” Catalina Island Museum has a capacity of 300 people, and all guests must register for the free participation at ET studios on eventbrite.com.

“Our goal is to stimulate conversation and memories for those who participate,” Siapin said. “What is the trace that we leave behind, yet we do not see?”