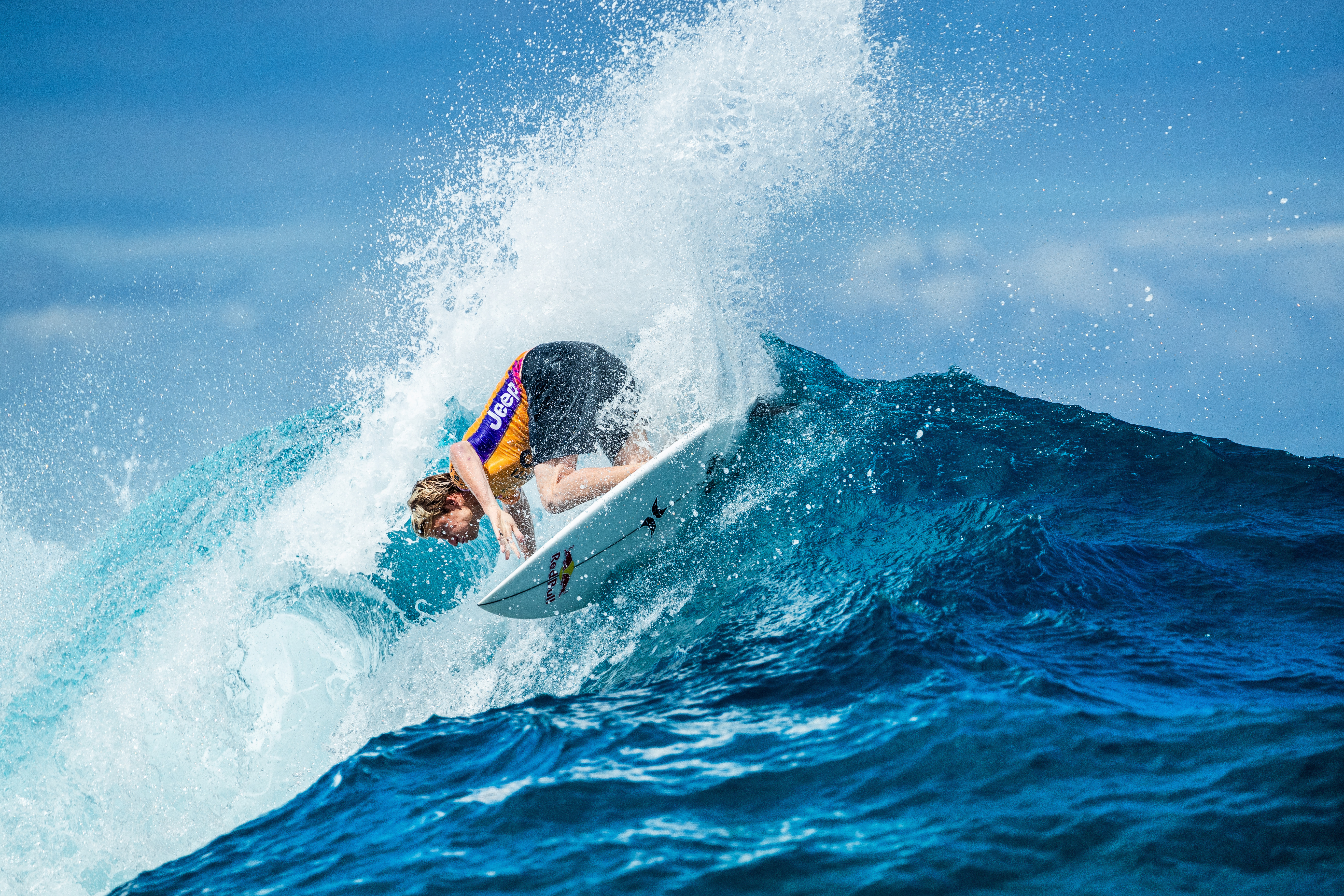 Is Surfing a Sport?

With local surfers enjoying so much competitive success, a new book reminds us that there’s more to surfing than winning.

“I have never thought of surfing as a sport—not a traditional sport, anyway. It’s not something you do casually, like playing a round of golf with your mates on weekends. It’s much more of a drug, a lifestyle, a religion.”

So writes Australian surfing icon Nat Young in his new book, Church of the Open Sky. It’s definitely worth noting that Young didn’t always feel this way. His nickname was “The Animal” for a reason.

Throughout the 1960s, Young made a name for himself as a competitive surfer. In 1966, he famously won the World Surfing Championships in San Diego riding a board affectionately dubbed “Magic Sam.” Young not only won the contest, but his performance is seen as a seminal moment that helped kick-start the Shortboard Revolution. Young would go on to win the 1970 Smirnoff World Pro/Am, as well as three Australian titles in ’66, ’67 and ’69. He also won the Bells Beach Surf Classic a record four times.

But that competitive mindset began to shift after meeting pioneer Tom Blake at San Onofre one autumn day in 1982.

“Surfing puts you in the greatest church of all, the open sea and the open sky,” Blake famously said—a phrase that inspired Young’s book title.

“We eventually got together at San Onofre and had a good half of a day just talking about the whole state of surfing, how it had got there, and why it was and how it was,” Young said when we recently chatted.

I bring this up because, at the moment, the South Orange County zone is home to the No. 1-rated surfer in the world: Kolohe Andino. It also is a part-time residence to 11-time World Champion Kelly Slater. Both surfers are currently competing in the Tahiti Pro, and with a significant southwest swell lining up this week, the contest could see a spectacular finish. It also will have world-title implications.

Andino and Slater could also qualify for the 2020 Olympic Games in Tokyo—the pinnacle of competitive sport. The decision is based on the year-end results on the WSL’s Championship Tour, with the top two surfers from each country qualifying for the Olympics.

Back in Virginia Beach last weekend, a whole slew of local surfers competed in the Vans Pro Virginia Beach. Crosby Colapinto won the pro junior, while Pat Gudauskas and Cole Houshmand made the semifinals of the main event.

It’s a drum I like to beat in this column, but the San Clemente and Dana Point area undoubtedly is the premier hotbed for American surfing talent. From world champions to rising stars, the talent pool is deeper here than anywhere else in the world.

But the beauty of this area is that there’s something for every surfer here. You don’t have to harbor world-title aspirations to enjoy the ocean. Whether you’re surfing San Onofre, Trestles, Doheny or Salt Creek, you can find whatever you’re looking for here.

“To me, if it hadn’t been for people at the Outrigger Canoe Club and places like that, it never would have been a competition. They turned surfing into a competition. They were looking to put a label on it like all the other sports,” Young said emphatically. “That’s why the first chapter of my book is called ‘Surfing Is Not a Sport.’ It’s been a misnomer for a long time.”

“In the early days in Australia when people got together, they’d call it a ‘rally.’ And in Hawaii, Buffalo [Keaulana] still calls it a ‘meet.’ It wasn’t a freaking competition. You brought your woman, your dogs, your surfboards, and you all came down to the beach and hung out. So, when does surfing become a sport?”

This summer the line at San Onofre has been out of hand. The parking lots at Trestles and Doheny have been packed. Some of these people aren’t surfing to win a contest or become a pro. They’re coming to the beach to ride waves with friends and enjoy the culture and lifestyle that surfing has perpetuated for more than 100 years now.

That’s not to say there isn’t a place for competitive surfing; there most certainly is. Surfers such as Andino and Slater are incredible role models and are inspiring future generations. But with all the talk of points and winning percentages, let us not forget why we all started surfing in the first place—because it’s fun.