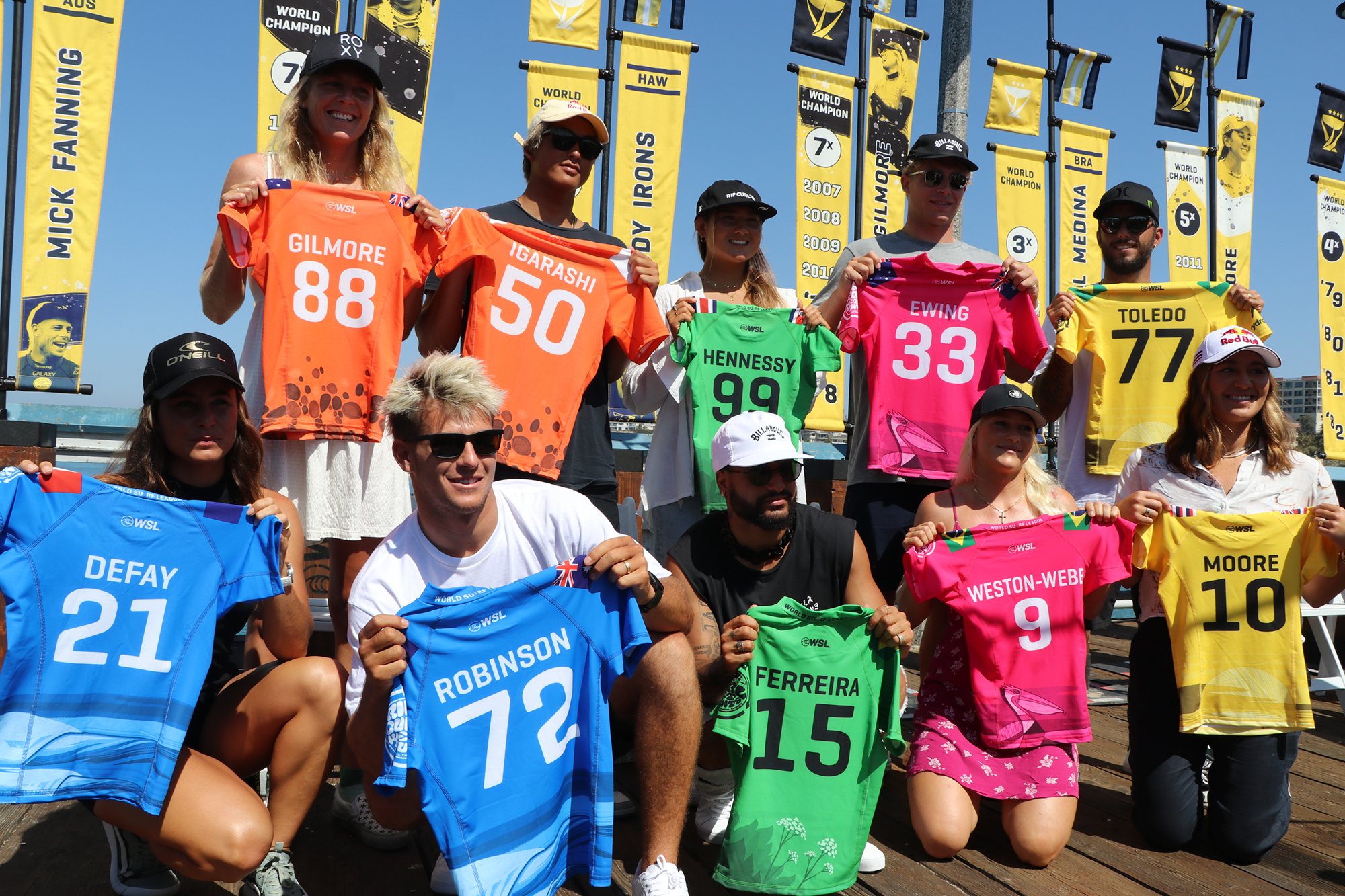 It was one year ago that the Rip Curl WSL Finals debuted to the world—and what a debut it was.

Thanks to what still stands as the best south swell we’ve seen in some time, Lower Trestles lit up with 8- to 10-foot surf, pristine, bluebird conditions and the best surfers in the world elevating the sport to an entirely new level.

The event broke viewing records online, the beach was packed from Uppers to San Onofre, and even the most ardent critics had to concede that you couldn’t have asked for more.

A spectacle such as what we saw last year was always going to be tough to follow, but with the WSL’s top five men and top five women in town for the one-day, winner-take-all sprint for the 2022 world titles, it would appear that Lowers could once again deliver.

In a single-day, high-stakes event such as this, the forecast is critically important. Thankfully, Kevin Wallis and the crew at Surfline are really good at what they do.

Drawing from decades of historical records, they know exactly what they’re looking for when it comes to calling the surf at Trestles.

“We have overlapping SSW Southern Hemisphere swells that are confirmed and on the way,” Wallis reported in his official event forecast for the waiting period that runs from Thursday, Sept. 8 through Sept.16. “The first peaks before the event window opens, Tuesday afternoon and into Wednesday, before easing on Thursday. The second builds slowly on Thursday and eventually peaks on Friday afternoon before easing on Saturday.”

“While not large, these long period swells will set up good quality surf at Lowers, running from shoulder-high to a bit overhead on their own Thursday through Saturday. The biggest and most consistent SSW swell day should be Friday—especially in the afternoon—with the larger sets running 1-2 (feet) overhead 6-7 (feet) faces,” he continued.

But wait, that’s not all, Hurricane Kay is out there spinning off the coast of Baja California and, as Wallis notes, it “is the real wild card for the end of the week and into the weekend.”

The WSL’s top five men and top five women on Tuesday, Sept. 6, gather for a press conference at the San Clemente Pier ahead of this week’s Rip Curl WSL Finals at Trestles. The world’s top surfers spoke about their experience surfing Trestles, expressed their thoughts going into the one-day, winner-take-all sprint for the 2022 world titles and proudly displayed their jerseys for the competition. Photos: Shawn Raymundo

As of press time, it remained to be seen if the energy from the hurricane actually makes it into the Lowers swell window. If it does track in our favor, look for the swell to potentially get a small boost on Friday and into the weekend.

“Based on the latest guidance, we’ll look for some mid-to-longer period SE swell to fill in for the end of the week, late Thursday but primarily on Friday. This does not look large at this point—probably just enough to add a little consistency to the expected SSW Southern Hemisphere swell,” said Wallis.

With the forecast looking good, what about the contenders? This year, Carissa Moore, the No. 1 women’s seed, will be looking to win her third straight title and the sixth of her already storied career. If she can win No. 6, she’ll be one away from tying Australians Layne Beachley and Stephanie Gilmore for most world titles.

“Trestles is such a special place for me and such a special wave; to be here competing against these women for the world title, it’s a dream,” said Moore at the event’s opening press conference, held on the San Clemente Pier on Tuesday, Sept. 6.

For the men, San Clemente resident Filipe Toledo is the men’s No. 1 seed and is clearly focused on winning his first title. Having moved his family to town almost a decade ago, Toledo is widely considered to be the best Lowers surfer in the field.

“I’m blessed to be here with my family and friends, doing what I love to do, which is surfing,” Toledo explained. “I can’t wait.”

The waiting period for the Rip Curl WSL Finals runs from Sept. 8-16. As noted, it’s a one-day event that will decide the 2022 WSL World Champions. See you down on the cobblestones this week.