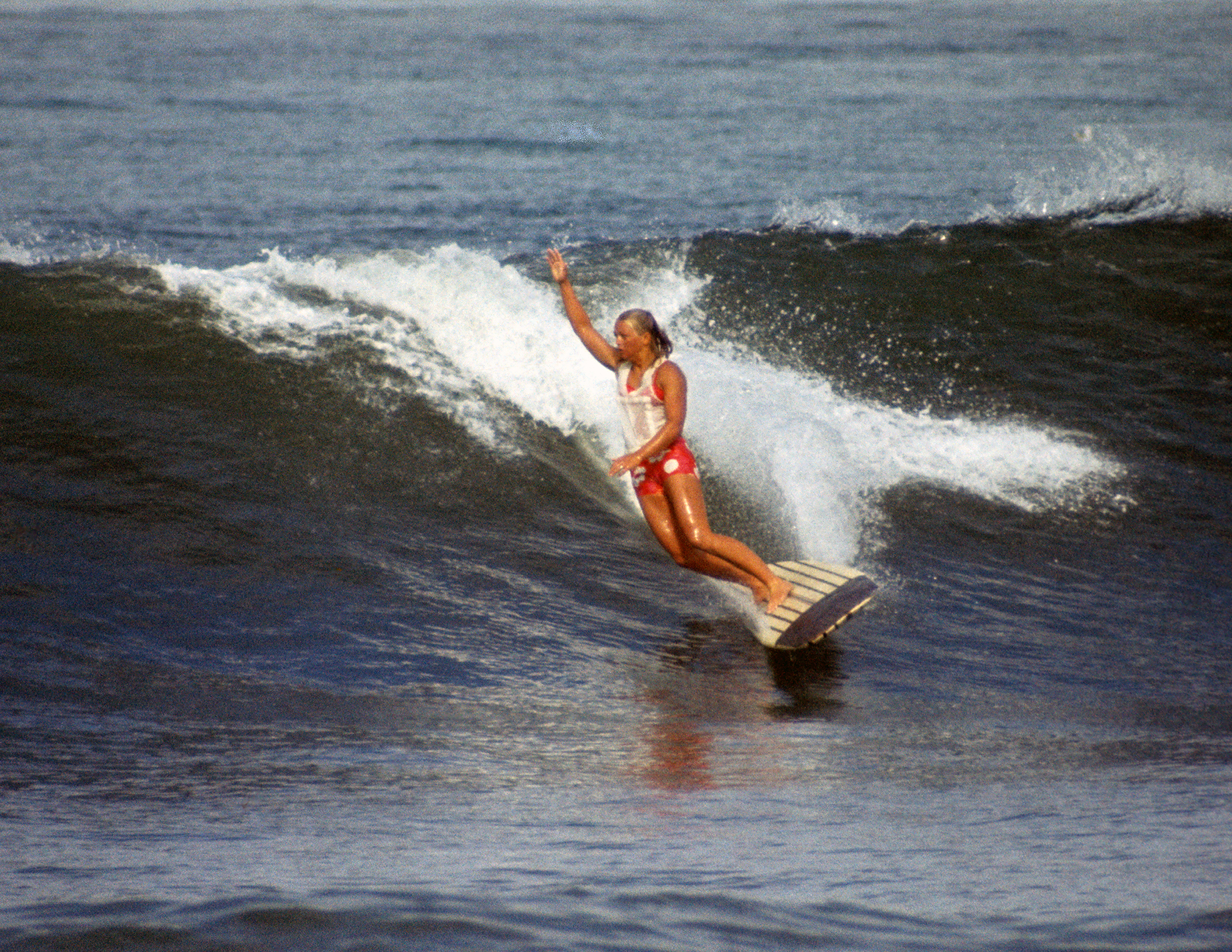 Dana Point Statue Celebrates the Life, Legacy of One of Surfing’s Most Influential Women

The collection of bronzed legends at Waterman’s Plaza in Dana Point continues to grow, as Joyce Hoffman is getting her well-deserved place in the sun.

On Thursday, Jan. 27, at 3 p.m., the City of Dana Point will unveil the new life-sized bronze statue of Hoffman—the first one in the United States to honor a female surfer. Waterman’s Plaza currently features statues of Hobie Alter, Phil Edwards, Bruce Brown and John Severson, all of whom left an indelible mark on not only the local surf scene, but also the international surfing community at large.

“Joyce has such an amazing and far-reaching career legacy. It’s an honor to recognize her and her contributions to surfing—in particular, women’s surfing—as a global icon. The notoriety she has brought to Dana Point for its place in surfing’s history cannot be understated,” Dana Point Mayor Joe Muller says in a statement to the media.

Hoffman was born and raised almost exclusively at the beach. She was bitten by the surfing bug around the age of 12, when her family moved to Beach Road in Capo Beach, into the now-iconic Hoffman house.

Her father, Walter Hoffman, and uncle, Flippy, were pure watermen who were early pioneers at Hawaii’s big-wave breaks. In California, their business, Hoffman California Fabrics, garnered them the reputation as the kings of the aloha print.

As Joyce’s remarkable talents and impeccable style blossomed, she was drawn to the burgeoning competitive scene of the 1960s. Not content just to be a good surfer, she quickly earned a reputation for being the most mentally and physically fit competitor of her time.

She trained as much as six hours a day. She swam, ran, and paddled, too, all to make her ready to compete.

“Phil Edwards was one of my idols, and David Nuuhiwa. They were both very aggressive surfers,” Hoffman says. “David is famous for riding the nose, so I tried to model my surfing after a combination of those two. That’s why seeing me standing on the nose of the surfboard (depicted in the statue) is applicable to what my surfing was like.”

By 1963, Hoffman was among the best women surfers in California, and from ’64 to ’67, she was practically invincible, finishing in the top of her class in the United States Surfing Association’s year-end ratings four years in a row.

With her discipline and unbreakable mental game, Hoffman asserted her rightful place into Pipeline’s tough-as-nails lineup.

To show how far ahead of her time she was, this year, the WSL’s Billabong Pro Pipeline will be the first-ever, full-time surf contest at Pipeline to feature women. Hoffman was also a devout big-wave charger at the iconic Sunset Beach.

During this time, Hobie Surfboards released the wildly successful Joyce Hoffman signature model. And in what may still be the coolest endorsement deal surfing has ever seen, Hoffman partnered with British car manufacturer Triumph and was featured in ads for its sporty Spitfire convertible.

Profiled in Sport Illustrated and appearing on the cover of LIFE magazine as a spry 19-year-old, at the height of her dominance, Hoffman was everywhere.

The new life-size sculpture of Hoffman has been created by artist Bill Limebrook, who grew up on Beach Road in Dana Point and has also created the other sculptures in Waterman’s Plaza.

The public statue unveiling will take place on Jan. 27, at 3 p.m.