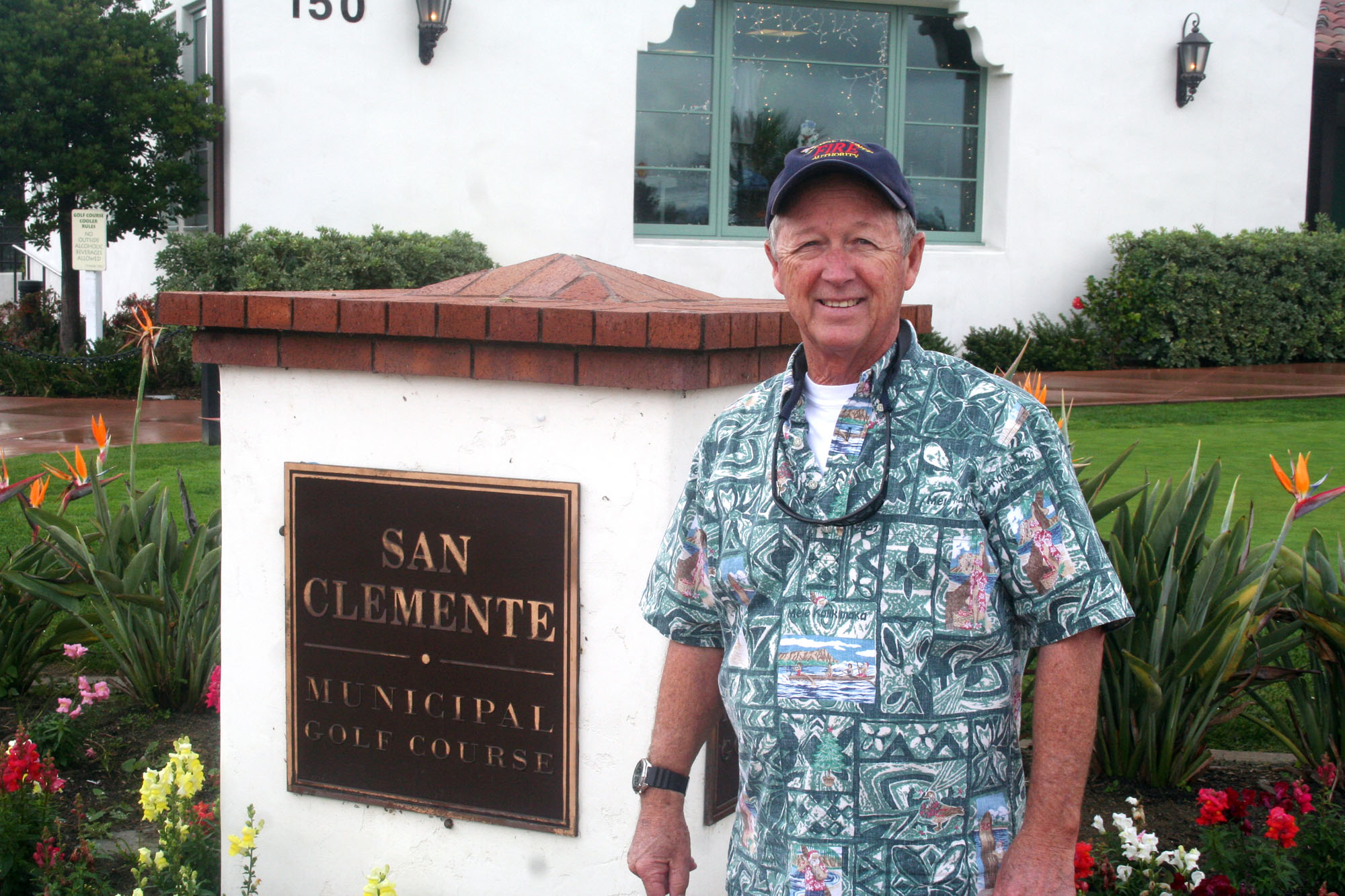 Jim Dahl, who ended 16 years on the San Clemente City Council earlier this month, following his third-place finish in November’s election for two slots on the council, said there isn’t one particular accomplishment he’ll remember, but instead, he’ll focus on the large number of changes to the city since he came into office.

“There’s so many, the Vista Hermosa Sports Park, the Beach Trail, the new senior center, two new fire stations, building a new clubhouse at the golf course, along with improving public safety,” Dahl said of the most important accomplishments in his time in office. “And always doing it with a balanced budget.”

Dahl has seen the city grow by leaps and bounds since moving to San Clemente in the ’60s. After working as a firefighter in the area for over 30 years, Dahl ran for city council first in 1994, finishing fourth, then again in 1996, receiving the highest number of votes in the next three elections. He continued to serve as a firefighter before retiring in 2008.

He also noted the revitalization of downtown, which not so long ago was fairly sleepy in the evenings, as an important recent development.

“It’s extremely important. The city has spent a lot of money and put a lot of effort into revitalizing downtown. The intensity of the businesses has increased, which helps bring in sales tax revenue,” he said.

Stemming the “bleed” of sales taxes due to San Clemente residents shopping in nearby cities but not at home was an important change, Dahl noted. With the new additions of Target and Walmart, as well as the coming Marblehead commercial development, Dahl said he was hopeful that the flow could not only be stopped, but be reversed in the coming years.

Marblehead developer Steve Craig’s willingness to stay with the project, Dahl said, was another example of a change in the city. In the ’80s, he explained, the city didn’t bond many projects, leading to trouble when developers abandoned them, and the city would be left holding the bag. “From that point on, we’ve bonded all city improvements. We’ve done a lot to make sure developers don’t walk away.”

Dahl said his biggest frustration as a council member was the difficulty in making things happen quickly.

“It takes so long to get anything done,” Dahl said. “A project dies of a thousand paper cuts. It if takes too long, it dies,” Dahl said. While there were some cases, such as the Vista Hermosa Sports Park, where projects took a long time but still worked out, Dahl said there were many others, like the North Beach LAB, that had taken too long. “As a firefighter, you get to a job and you get the job done. The frustrating thing is that it takes so long. The political attacks on the North Beach project came because people were disgruntled because it took so long.”

Dahl also acknowledged that he’d become a divisive figure in San Clemente in his time on the council. He blamed “a faction” in the city that he said “stirred up a lot of animosity and controversy when controversy didn’t exist.”

“There’s a lot of ‘storytellers,’ as I call them, who tried to stir up fears and animosity. But that sort of thing has been cyclical. It seems to come up every 15 years or so. The last 16 years have been very positive. But there is that group; the ‘3 percent-ers’ who want to start something, who make things up. People believe them, and it’s sad. They’re very mean and aggressive. They’re just jerks. But by and large the community has been supportive.”

Dahl said his involvement with the Toll Roads had also been a major issue in provoking ill-feelings. He said he felt those who were against the toll roads had their own agendas, and didn’t understand the inter-regional transit needs of the area.

“They have their motives that I just don’t understand. They spread these stories, and they inflame the public. We’ve built 51 miles of roads in Orange County. There are 27,000 transponders in San Clemente. We’ve taken 300,000 trips off the freeways. If those were back on the regular freeways, it’ll be clogged up totally. Time is money for people.”

Dahl said one aspect of service that many don’t understand is the number of other boards council members serve on, and just how much time gets spent working on city business.

“I was on so many different boards and committees; the animal sheler, the toll road, Fire Authority, where I served as chairman. “I’m going to miss the fire authority. I probably spent 30 hours a week on city business during my 16 years on the council.”

Dahl said he’s unsure about whether he’ll run again, but appeared to be leaning against a run in 2014. He said any decision would likely rest on whether the three current council members slated to run in 2014—Tim Brown, Jim Evert and Lori Donchak—do, but said he didn’t envision running at the moment. He will remain the city’s representative on the Vector Control Board for the next year, but will also remain a presence locally as a volunteer. Dahl said he and his family would still be volunteers at Ocean Fest, and he would remain active in community organizations like the Exchange Club. After the election, he said he’d spent a lot of time fielding phone calls, asking for advice. “There’s still a lot of things to do,” Dahl said.

For the coming years, Dahl offered some advice for the council. “Don’t be parochial in your ideas. Consider the whole community, not just the few who supported your campaign. Be pro-business, it’s so important to the city. And keep a balanced budget.” Dahl said the kind of funding the city would receive from the state would remain in doubt in the coming years, and credited the city staff for good work.

“The state still owes us a couple million dollars,” Dahl noted. “It’s been getting tougher for local governments to provide basic services. That’s why we went to the Sheriff’s Department and Fire Authority, for the economy of scale. The city employees have done an absolutely fantastic job doing more with less. It’s always a challenge to bring high quality people to a small town.” He also thanked those who’d served on the other city boards, like Planning Commission, the Beaches, Parks and Recreation Commission and Coastal Advisory Commission.

Dahl said that while the city had grown, it’s still, in a way, the same kind of small town he raised a family in over the last 50 years.

“It’s hometown USA. It’s like a little town in Kansas, except there’s an ocean there. Even in tough times, people here are always working together. We’ve watched this town grow from 10,000 people to 60,000 people. But El Camino Real is still El Camino Real. It doesn’t change. There’s been some investment in Avenida Del Mar, but it’s still Avenida Del Mar. It’s still a small town. Our whole family is in San Clemente.”