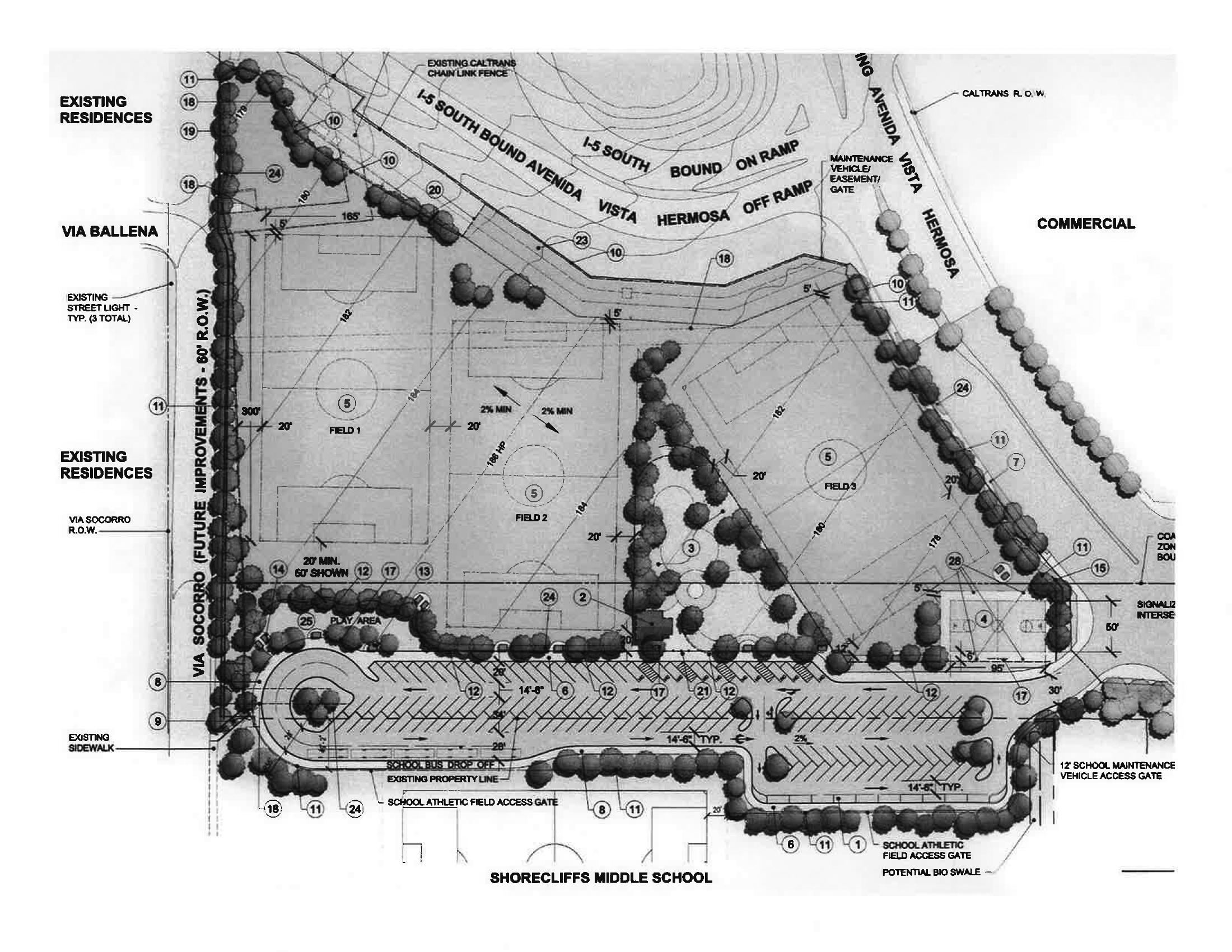 The construction of Jim Johnson Memorial Sports Park is on track to open sometime this fall, according to city officials.

The park is located off the I-5 Freeway southbound off-ramp and will feature three soccer fields, two with traditional sod and another with environmentally friendly sports turf.

Aeryn Donnelly-Terrey, the city’s park planner, said the field with sports turf will have coconut fiber and sand, which differs from traditional recycled rubber pellets.
This will make the field about 40 degrees cooler, Donnelly-Terrey said.

There will also be restrooms and water fountains, as well as new trees and monument signage.

The park will have a basketball court with lighting as well as a playground intended for children ages 5 to 12.

Jim Johnson was one of the original developers of the Marblehead Coastal Development. After he died, the Beaches, Parks and Recreation Commission decided to memorialize the park in his name.

The park, which is being paid for by Taylor Morrison Realty, cost $600,000, according to a 2014 staff report, but the city and a nearby HOA will have to maintain it.

Donnelly-Terrey said the city is also getting close to getting recycled water hooked up to the park’s infrastructure, but it won’t be able to host public sports until 2017 because the grass needs to grow.