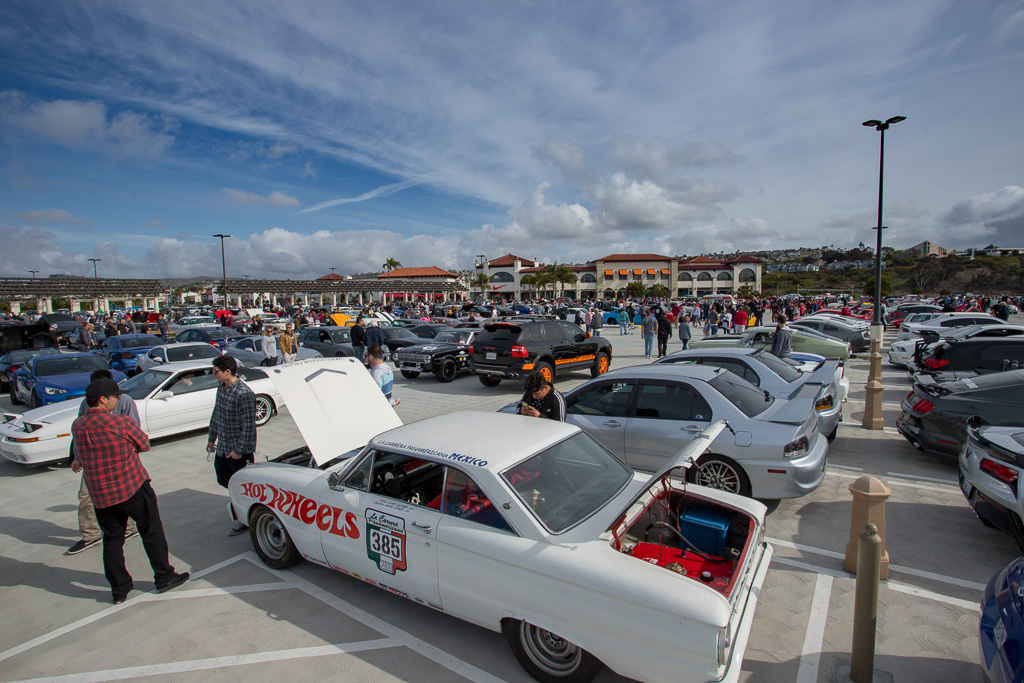 Joe for the Road: South Orange County Cars and Coffee is a Massive Weekly Gathering

Photos and text by Brennan Stevens, for the San Clemente Times

A display of motor vehicle marvel arrives every Saturday morning. It’s become one of the largest gatherings in the county.

The weekly South Orange County Cars and Coffee car show took place on March 24 at the Outlets at San Clemente. People from all over Southern California attended the car show to exhibit their vehicles and admire others.

Each week, the event takes place on Saturdays from 9-11 a.m., but this past weekend provided something extra special.
Barry Meguiar, host of Discovery Channel’s Velocity series Car Crazy and president of Meguiar’s Inc., brought a very rare automobile that the public was eager to see.

Hundreds of car enthusiasts have consistently attended the South Orange County Cars and Coffee gathering on Saturdays at the Outlets at San Clemente.

Vehicles from around South Orange County were on display at the Outlets at San Clemente on March 24. The event takes place weekly.

A rare 2017 Ford GT was on display at the South Orange County Cars and Coffee gathering at the Outlets at San Clemente on March 24.

Attendees of the South Orange County Coffee and Cars were able to check out a rare 2017 Ford GT at the gathering hosted at the Outlets at San Clemente on March 24.

Meguiar showcased his 2005 Ford GT along with its newer model the 2017 Ford GT. When Ford released the 2017 version, more than 7,000 people applied to buy the car, but only 250 where manufactured and sold, Meguiar said.

Meguiar said he found his passion for cars at a young age. Meguiar’s Inc. was founded by his grandfather in 1901 out of the family garage. Since he was a kid, he’s worked for the family business.

At Cars and Coffee, car enthusiasts can also find other like-minded individuals from all over Southern California. Suzie DeCarlo came from San Diego to showcase her 1998 C5 Corvette.
“I dedicated the car to my husband after he passed away in 2014. We have been doing car shows for over 50 years,” DeCarlo said.

Suzie DeCarlo and her husband used to be a part of Pacific Coast Corvettes, a Corvette club located in Lake Forest. The club facilitates a wide variety of activities and enables enthusiasts to network and share their passion. However, DeCarlo said the cost of membership was too high and she had to quit the club when her husband passed away.

Lucky for DeCarlo and other hobbyists, Cars and Coffee facilitates an affordable alternative to meet up and talk cars.

The next Cars and Coffee show will take place at the Outlets at San Clemente on Saturday, March 31.

For more information, visit the group’s Facebook page at www.facebook.com/southoccarsandcoffee.