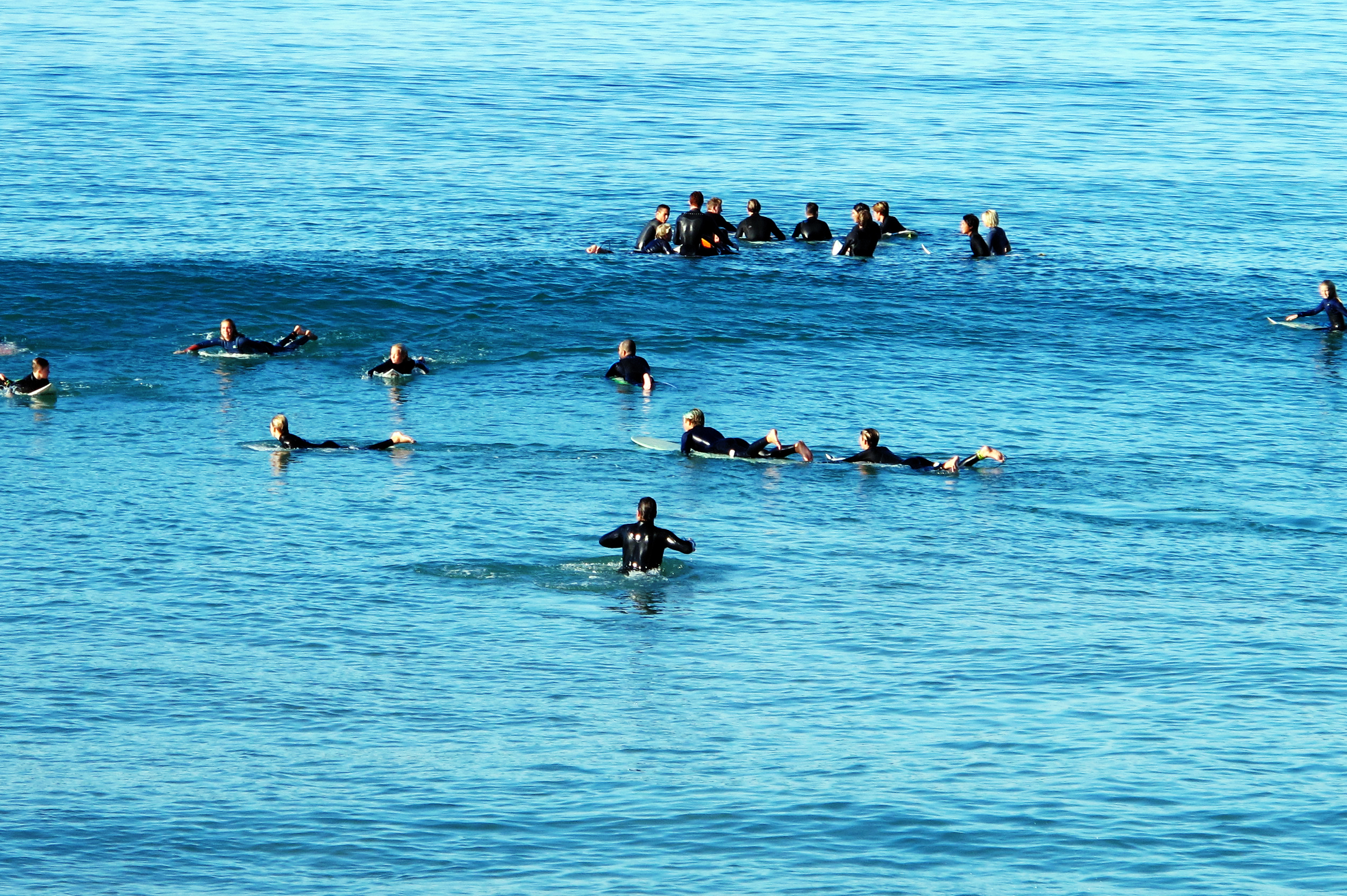 As this week’s paper hits the streets, the local Dana Point and San Clemente public schools will be enjoying their first taste of summer vacation. That means long days at the beach, warm water and plenty of waves. It also means that the area’s surf spots will be more crowded than they usually are.

In this day and age of surf schools, cheap Costco boards, electric bikes, streaming surf cams, and all the rest, there are more people in the water enjoying the sport and lifestyle of surfing than ever before. That’s a good thing. But it also means that everybody needs to be a little more cognizant of the long-standing rules and etiquette that help give our most impacted lineups some semblance of order. There can be a lot of nuances in highly competitive lineups, but whether you’re a beginner or a pro, here are six rules to keep you honest this summer:

Don’t Drop in on Another Surfer

This is pretty much the cardinal rule in surfing. More arguments and fights start in the water when somebody gets “burned” than for any other reason. If somebody is already up and riding on a wave, do not—I repeat, do not—take off in front of them. It’s rude, it’s disrespectful, and if you’re a kook and blow the take-off, somebody can get seriously hurt. All you have to do is look over your shoulder when you’re paddling for a wave. If someone is on their feet and coming at you, show some self-restraint and just pull back.

The Surfer Closest to the Peak Has the Right of Way

This is more of an amendment to the above rule, but it’s worth repeating. When a wave breaks, the surfer closest to the “peak” gets priority. If they pass on the wave or aren’t able to catch it, the right of way goes to the next surfer in line. The only caveat here is if the surfer closest to the peak just caught a wave and back-paddled everyone to sneak into position. To preserve order in the lineup, everyone has to be willing to get in the rotation and take turns. Don’t be the donkey that leverages this rule to the extreme.

When it comes to paddling back out after a wave, to avoid getting run over, the surfer who’s paddling out needs to give right of way to the surfer up and riding a wave. This may mean that you get mowed down by the whitewater, but that’s a way better alternative than taking the nose of a board to the skull or a fin to the back.

Hold onto Your Board

This is a big one for beginners who may see a large set looming on the horizon and think that jumping off their board and diving deep is the best way to avoid annihilation. In fact, ditching your board can put other surfers in the water in jeopardy. Ditching your board in the open face of a wave can cut off a riding surfer, forcing him to bail to avoid running over your board. And ditching a board in the whitewater means that it could hit other people paddling out and injure them. Plus, the leash could snap, and the board could wash in to the beach, meaning you’re going to be going for a swim. If you’re caught inside and it’s pumping, sorry, you’re just going to have to hold onto your board and take your beating.

This means don’t snake people. Don’t be a wave hog. Be humble and apologize if you screw up. Respect the locals who surf the spot every day. Leave the beach cleaner than you found it. The thing about surfing is that it’s supposed to be fun. It’s supposed to be an escape from the trials and tribulations of life on land. Don’t be so selfish that you take that experience away from somebody. Waves are free. Almost always if you give a wave to somebody in the lineup, you’ll be rewarded with an even better wave out the back. You’ll be much more stoked after your session if you’re positive, smiling and sharing waves than if you’re being selfish and only looking out for yourself.

When at all possible, shop local for your surf gear. Buy a board from a local shaper; Costco doesn’t need your money. Go into a local surf shop and buy your wetsuit; don’t rely on Amazon to ship it to you. There are a lot of small, independent surf businesses and craftsmen out there trying to support their families, so show them some love and shop local.