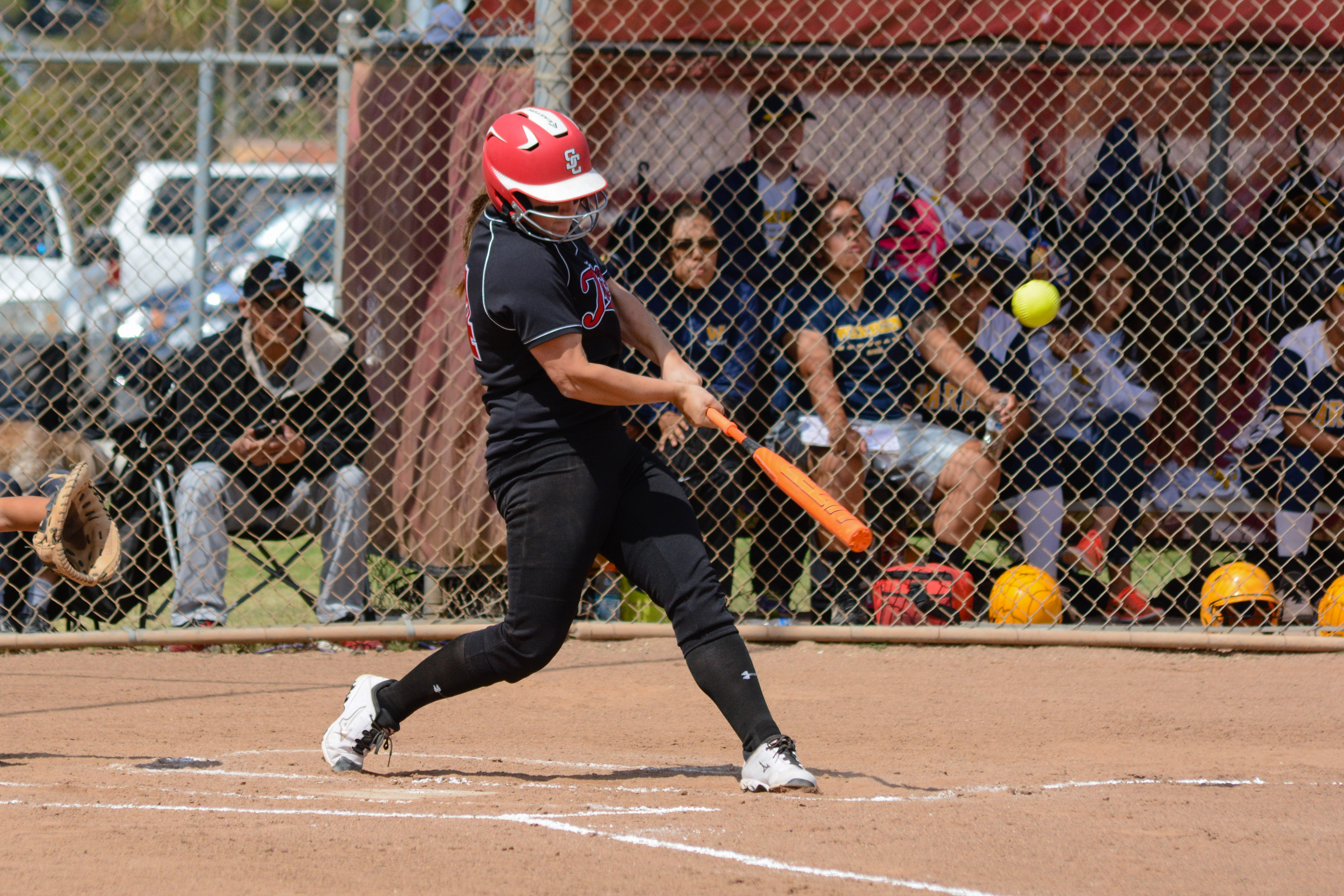 The night before the San Clemente softball team’s CIF-SS Division 3 second round game against Warren was set to take place, Tritons senior Lauren Kane was busy working with her hitting instructor, attempting to find something that would help her end a 1-9 skid at the plate that had stretched over three games.

After an adjustment to her timing routine at the plate, Kane broke out of her slump in a big way against the Bears on May 26, belting two home runs, including a grand slam, and collecting six RBI in a 10-3 victory.

The Tritons will travel to play Bishop Amat in the Division 3 quarterfinals on May 28.

Kane, who is hitting a scorching .544 on the season, turned on an inside pitch to clear the bases for a grand slam in the first inning and hit an opposite field home run in the bottom of the third to give the Tritons a 6-0 advantage. The power surge came as a welcome surprise for Kane, who spent her at-bats focusing on making contact rather than swinging for the fences.

“We actually worked on it last night at my hitting lesson…I do that timing slap and that really helps me calm down and really focus on the ball instead of trying to hit a home run,” Kane said.

Kane also came on in relief to spell Tritons starter Jordyne Prussak in the top of the sixth inning. Kane struck out four batters and did not allow a baserunner over two innings.

Pitching with a healthy lead, Prussak pitched five innings and allowed three runs on four hits. Prussak surrendered back-to-back home runs to Nadia Amezcua and Whitney Pemberton in the top of the sixth, prompting the need for Kane to come in and close things out with the score at 9-3.

“This team can do it. We just never know when they’re going to do it. They’re definitely capable,” head coach Bill Malcolm said. “When they’re firing, they’re tough to beat. If they play like they do today, we’ll be in the (championship) game a week from Saturday.”