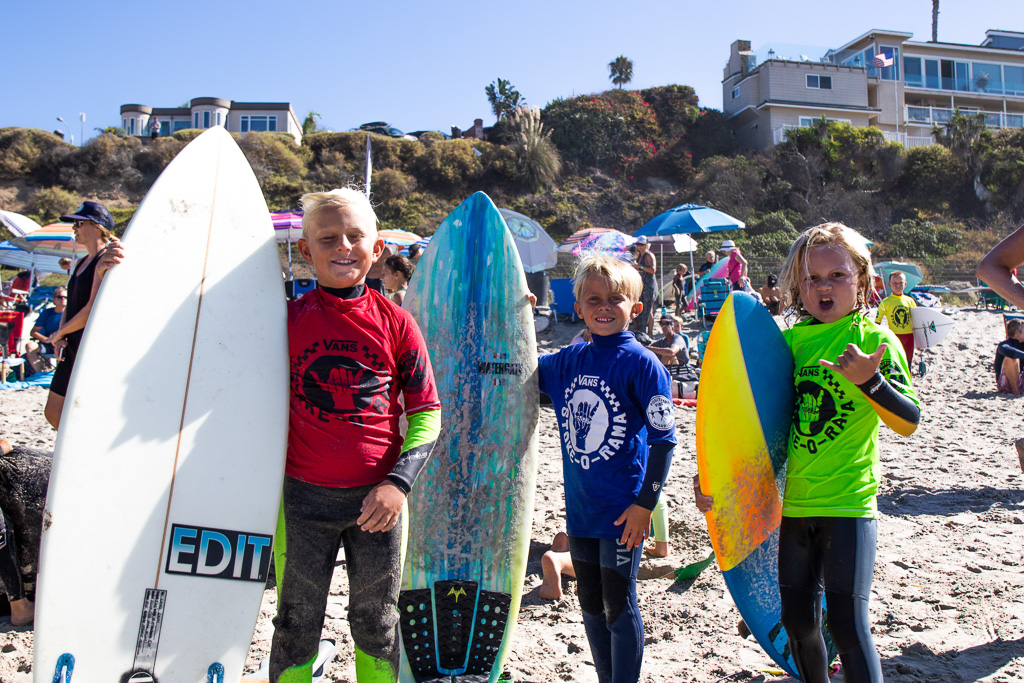 Keep Your Eyes On The Horizon: An Incredible Time to be a surfer in Dana Point, San Clemente

With some great memories in the rearview mirror and some epic new beginnings coming down the line, we’re gliding into 2019 in fine form down here in Dana Point and San Clemente.

As surfers, we have a lot to celebrate and be thankful for. First and foremost, a heartfelt thank you to all the surfboard builders in the area who provide us with our dream machines. There are too many talented individuals to list here, but from the shapers, to the glassers, to the sanders, to the groms sweeping the shop floor, whether you ply your trade doing a few boards in your backyard for friends or grind it out in the Surf Ghetto or play the larger production game, without your tireless and often thankless work, we wouldn’t all get to have so much fun. So, thanks for keeping us all in the water.

When it comes to what’s going on in the water, South Orange County celebrated a banner year in 2018. At the most elite level of the sport, surfers like Griffin Colapinto, Kolohe Andino and Patrick Gudauskas pushed their performances on the World Surf League’s Championship Tour. Competing at the highest level of the sport, they’ve inspired a whole crew of up-and-comers to storm the shore.

In the realm of friendly rivalries, the surf club movement continues to thrive and grow throughout California. It was only a couple of years ago that Dana Point Surf Club President Eric Diamond and I had lunch to talk about the burgeoning movement. This year, both the Dana Point and San Clemente clubs filled their rosters with amazing surfers of all ages. Showcasing just how deep the generational talent pool is in the area, they’ve become a rallying point for our respective communities. And the Dana Point Surf Club did one better this fall, inviting a group of kids from the Boys & Girls Club in San Juan Capistrano to come join them for a day in the water at Doheny, sharing the stoke and making new friends.

The Gudauskas brothers and their Positive Vibe Warrior Foundation has inspired us to all be more giving, compassionate wave riders. “The tribe vibe” was in full effect in 2018 as they started the year by delivering over 700 surfboards to disenfranchised youth in South Africa and finished the year with a load of another 300 boards to the Caribbean islands of Trinidad and Tobago. A lot of boards were donated by local surfers in Dana Point and San Clemente.

Other surf-related nonprofits in the area also have much to celebrate. The Surfrider Foundation, headquartered in San Clemente, continues to lead the charge in protecting and preserving our beaches and waterways around the country. One of its goals is to reduce plastic waste from getting out into the environment, and the last time I had the good fortune of eating at Fisherman’s on the Pier, the restaurant had ditched plastic straws for paper ones.

Of course, there’s much work to be done. The storage of the waste from the San Onofre Nuclear Generating Station continues to be a massive cause for concern. Last year, Edison began storing the waste onsite, placing it in stainless steel canisters just yards from the shoreline. There is no timeline for its eventual removal as the U.S. government does not have a long-term storage facility ready to house the waste.

On the bright side, awareness and motivation to do something about the problem has begun to pick up momentum as environmental groups, like San Clemente Green, have been joined by inspired young activists, politicos and entrepreneurs like Jackson Hinkle, Jake Rybczyk and Carson Kropfl. The San Onofre Surf Company stepped up with an awareness campaign over the summer. But perhaps the best news of all, with the election of Congressman Mike Levin, there will now be a voice in Washington, D.C. that will go to bat for us.

It’s a good time to be a surfer in Dana Point and San Clemente. There’s a lot happening, and the new year’s setting up to be an epic one. From all the hustle and bustle surrounding the redevelopment of the Dana Point Harbor, which will be paying homage to all of the surfing legends that helped put this area on the map, to the upcoming 2020 Olympic Games, which will feature the sport of surfing for the first time, keep your eyes on the horizon and get ready to start paddling!