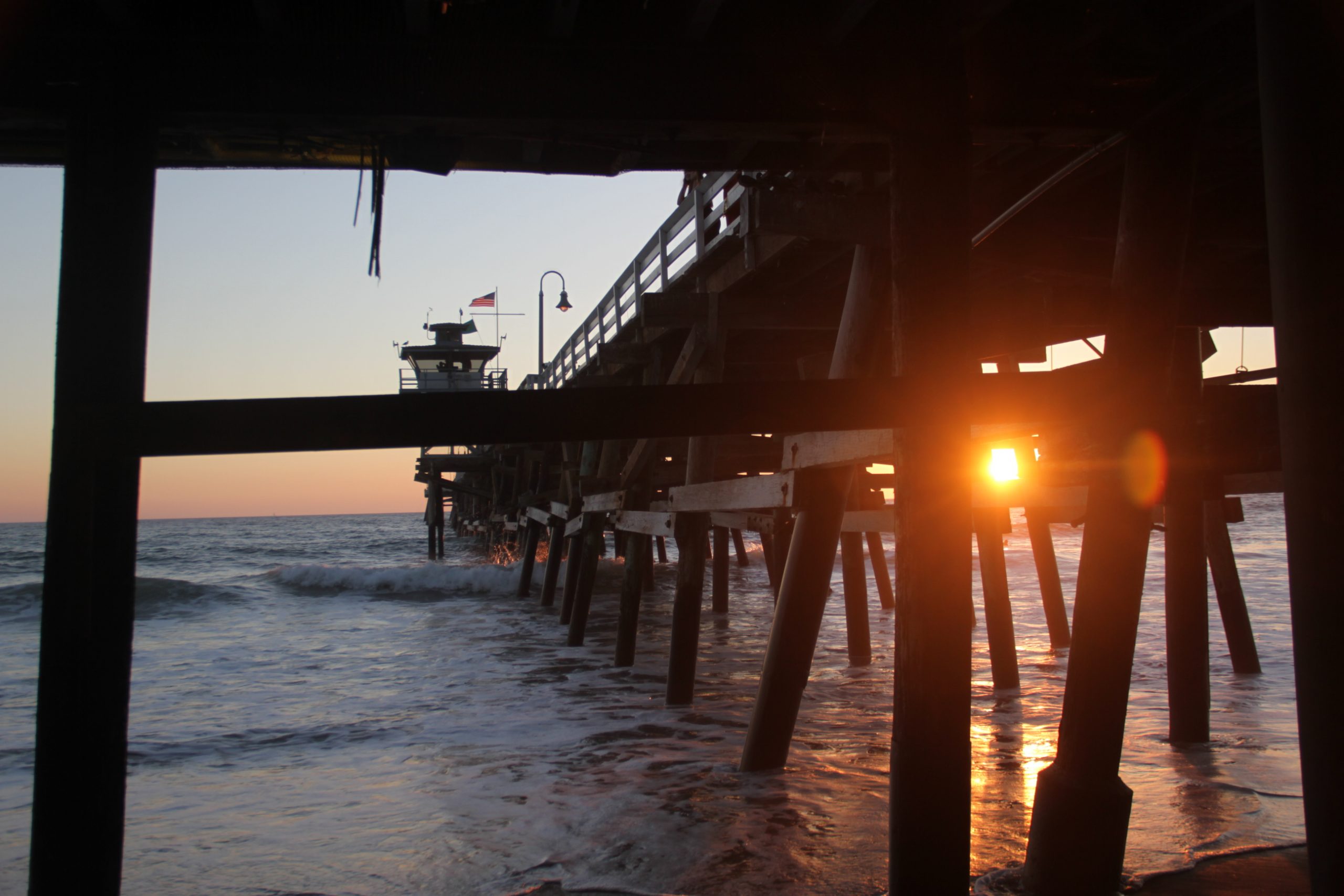 This past spring, a city-initiated survey of likely voters in San Clemente found that more than 43% of them would initially reject a ballot measure proposing a Clean Ocean Fee to help the city protect the coastal environment.

San Clemente Times was provided a copy of the survey by acting Mayor Laura Ferguson.

Over the coming weeks, SC Times plans to publish a series of articles detailing the results of the survey, with each report focusing on one of the five key policy areas that the survey covered.

According to the survey, of the 300 likely voters polled, 51% of them were female and 49% were male.

Registered Republicans made up the largest section, or 50%, of participants. Democrats made up 28%, while 22% were listed as having “no party preference.”

As for ethnicity, 74.3% identified as White/Caucasian voters. Just over 9% said they were Latino/Hispanic, 3% were Asian and less than 1% were Black/African American. Nearly 7% preferred not to disclose their ethnicity.

Among the respondents, 76.3% said that “addressing the homeless issue” should be a top priority of the city council. None of the other 13 categories tracked higher than 47%.

“Reducing crime, gangs, drugs, graffiti” was ranked second, with 46.7% of those polled saying it should be a priority, while “repairing city streets and sidewalks” came in as the fifth-ranked priority.

The survey, which polled the voters by telephone and online from March 7 through March 9, was meant to “provide staff with a better understanding of issues within the community,” acting City Manager Erik Sund explained to Ferguson in a July 14 email shared with SC Times.

Based on the correspondence, the city’s initial intention was to get a sense of how the community felt about renewing the property tax used to fund the Clean Ocean Program—an urban runoff management plan to prevent pollution from getting into the storm drain system and discharging out into the beaches.

“As intended, the Clean Ocean components of the survey will help/guide the public education process as the City approaches the Clean Ocean Fee vote,” Sund wrote in the email to Ferguson.

According to the city, the program consists of runoff treatment projects at Poche Beach and North Beach, street-sweeping activities, water quality testing and spill cleanups, among other things, at a cost of about $2.2 million a year.

Up until this past June—when the fee expired—single-family households paid between $5.10 and $6.23 per month toward the program. Non-residential properties paid between $51 and $62.30 per acre every month.

It’s unclear how the program will be funded now that the fee expired on June 30, nor is it clear why the fee lapsed before property owners had a chance to vote on a renewal.

According to the city’s Fiscal Year 2019-2020 budget, $145,000 was allocated toward the balloting and marketing of the Clean Ocean Fee renewal. The current fiscal year budget notes that the city had a starting balance of about $2.54 million in Clean Ocean Fee money and anticipates expenditures to reach just shy of $2.5 million.

In advertising boasting about the program, the city has noted that those Clean Ocean funds have paid for six underground storm treatment units, helped clean out 93 tons of debris from entering the ocean each year and prevented 3,500 cubic yards of debris from reaching storm drains.

PULSE OF THE VOTERS

When the fee came back around for renewal in 2007, the measure was passed with 75% approval. However, support diminished for another renewal and a rate increase in December 2013, as the measure was narrowly passed, receiving only 53% of votes cast.

Based on the results of the city’s survey, support for another renewal appears to be trending downward, as only about 32% initially said they would vote yes on the fee.

But during the survey, the voters were asked a series of other questions related to the program. The questions were designed to give additional information about the fee, such as how the funds are used and why they’re needed.

Specifically, the voters were asked how they would vote knowing that the fee helps the city remove bacteria from beaches and is used to prevent landslides. They were also told that without the fee, funding for the program would have to come from other coffers in the city’s budget, such as public safety, parks and recreation, and road repairs.

When the respondents were asked a final time how they would vote, support for the fee increased to 40.2%, while the 43.3% of initial no voters decreased slightly to 40.6%. The other 19.2% remained undecided or didn’t want to answer, according to the survey.

The Republicans polled made up the largest section of voters opposed to the fee, as 58.4% of them said they would still ultimately vote no. Just over 22% said they would vote yes—an increase from the 19.5% of GOP respondents who initially supported the fee when first asked about it.

Less than half of the Democratic voters, 47.2%, initially said they would vote yes, while 20.8% would have voted no. But support among those Democrats increased to 56.6% on the final question posed.

Interestingly, the 18-29 age group—among the smallest demographic of the poll—showed the strongest initial support for the fee, with 87.5% of them saying they would vote yes. But after receiving more information about the program, support dropped to 50%, as 25% ended up saying no. The other 25% represented unsure voters.

Among only those who owned property—the section of city voters who have a say in the passage of the fee—just under 30% said they would vote yes for the measure if the fee was left at $6.23 per month, or $75 a year.

Support dropped to 25% when asked how they’d vote if the annual fee was $80, or $6.66 per month. It dropped further, to 23.7%, on the option for a $65-a-year fee, or $5.42 a month. More than 22% of the property owners said outright that they wouldn’t support continuing the Clean Ocean Fee and about 10% said they were unsure or preferred not to answer.

On the option to renew the fee for five years, pollsters found that 35.3% of the property owners would vote yes; however, they also found again that nearly 22% said not to continue the fee.

Other than presenting the findings to the city council over the summer, the city has kept a lid on the survey by not releasing the results to the public. A Public Records Act (PRA) request SC Times had submitted to the city for a copy of the survey was denied in August.

In an emailed response, the city claimed the report was exempt from public disclosure, citing Times Mirror Co. v. Superior Court—a 1991 decision based on a Los Angeles Times records request for the then-governor’s daily schedules.

City management has declined to comment on the survey and discuss its results for this story. Requests seeking comment specifically relating to the city’s Clean Ocean Fee had not been returned as of press time.

The survey in March was conducted just after San Clemente voters had decidedly rejected Measure H, the Capistrano Unified School District’s bond measure to upgrade local schools. The rejection of that measure represented a statewide trend of voters who had voted against similar measures.

CUSD Board President Jim Reardon had explained to SC Times at the time that the results were indicative of the public’s attitude on new taxes.

“I don’t think the community is ready for another increase in taxes, and I don’t think it’s going to be foreseeably different for some time,” he had said of the district’s bond measures.

Pete Stauffer, environmental director for the local nonprofit Surfrider Foundation, noted, however, that information and outreach related to the Clean Ocean Program are widely important when trying to get voters to renew the fee.

“Generally, the more people are aware of what the program supports, the greater the level of support is,” Stauffer said, explaining that Surfrider has seen other parts of the country implement similar programs.

“In this case, the program supports tangible projects that help filter polluted runoff, that help keep our beaches safe and protect our quality of life, but also protecting our local economy and businesses,” he said. “Local business relies on a clean coastal environment, our beachhead, our ocean; that’s what makes our area so desirable to live, and I think it’s a good investment for the community.”

Acknowledging that he couldn’t help analyze the data from the survey, Stauffer stressed that Surfrider believes the clean water policies and initiatives are a bipartisan issue, as they’re meant to protect “the natural environment and it protects our local economy.”

“For everyone who lives in San Clemente and enjoys the quality of life that we enjoy here,” said Stauffer, a San Clemente resident, the Clean Ocean Program is “a very worthwhile investment for our community.”