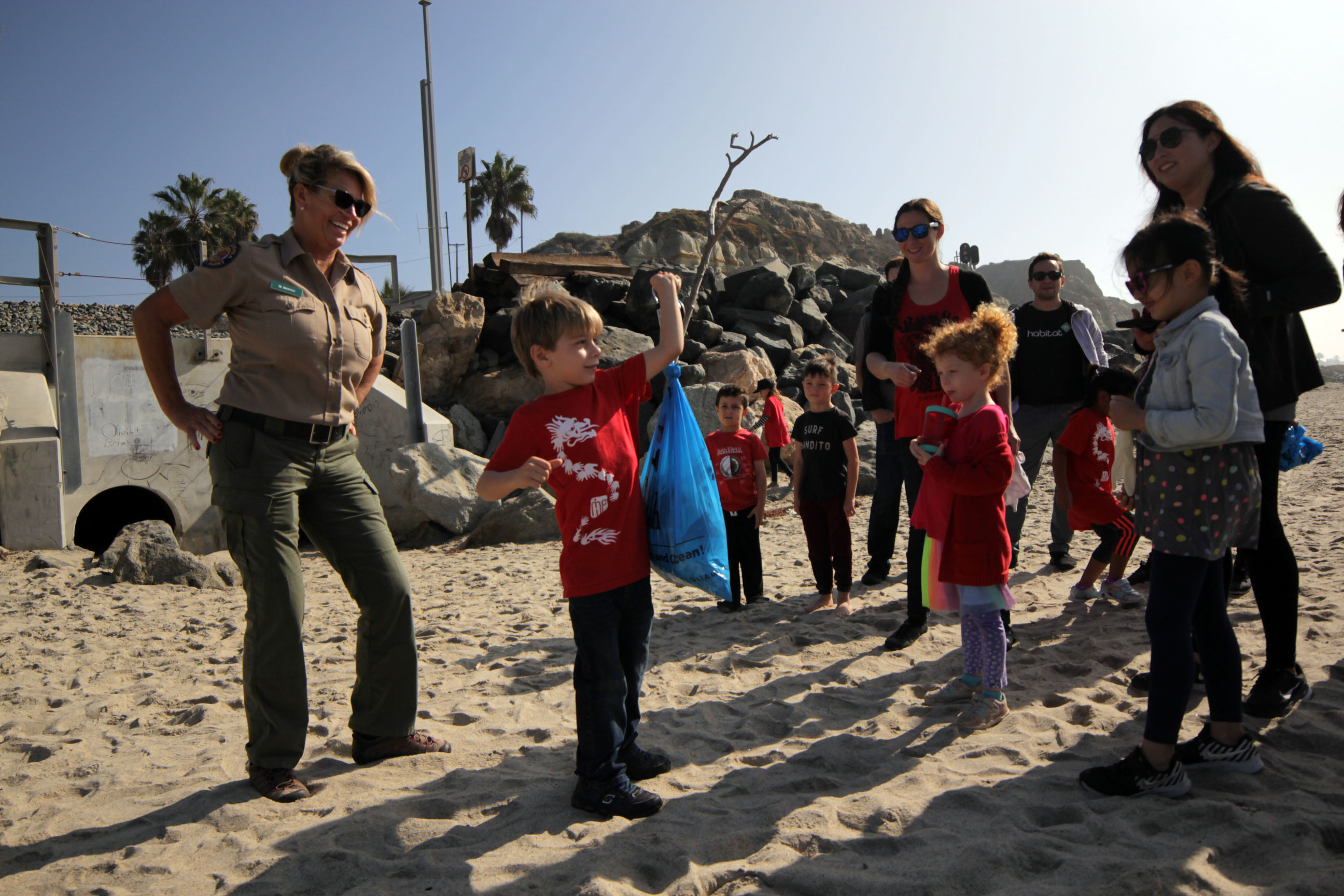 Dozens of children and their parents participated in a beach cleanup at Calafia State Park in San Clemente on Saturday, Nov. 16, picking up more than 14 pounds of trash.

The nonprofit organization Friends of the Mandarin Immersion Program, which advocates for the language initiative at schools such as Marian Bergeson Elementary School within the Capistrano Unified School District, organized the event so families could give back to the local community.

While trash at Calafia was fairly scarce, due in large part to it being a state park, the children collected about 14.5 pounds worth of garbage, according to Melody Brown, the vice president for Friends of MIP’s executive board.

Amanda Yeung, community liaison for Marian Bergeson’s Mandarin Immersion Program, said the beach cleanup is important to the community, as it shows the positive things that can be done while teaching the kids about keeping the environment clean.

“This is a cool opportunity for parents and families of the Mandarin Immersion Program to come out to the community and help and give back,” Yeung said. “We’re trying to find as much trash as we can and just show the community that we really care and we want to be part of it.”

As for the program itself, in which kids are taught in Chinese Mandarin for a portion of the day and English for the other portion, Yeung said the initiative has been instrumental in bringing a lot of cultural awareness to the local communities.

“We love it; we love what it stands for,” said Yeung, whose daughter currently attends Marian Bergeson as a first-grader.