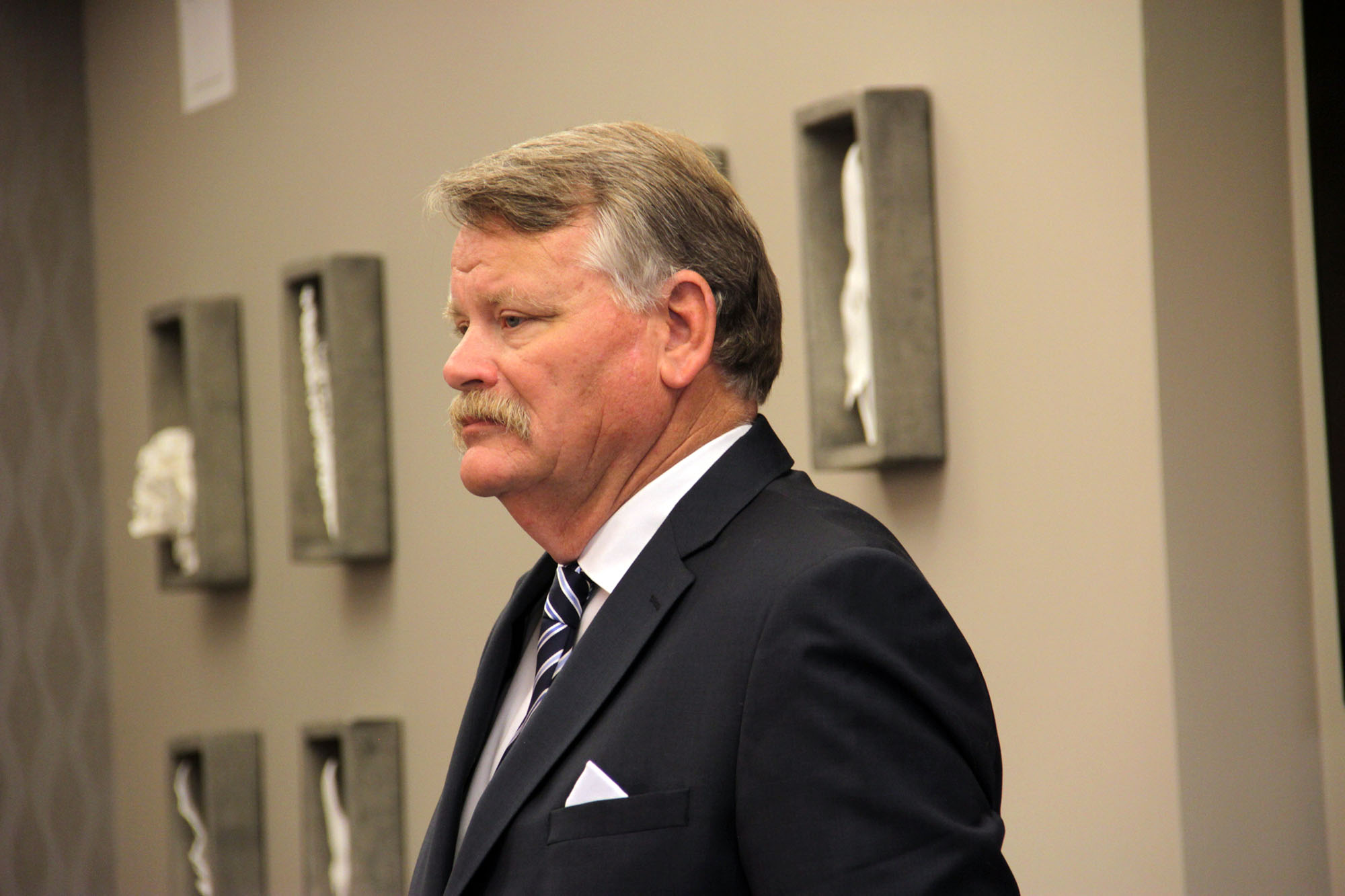 Editor’s Note: A previous version of this story erroneously mischaracterized Knoblock’s motion. Knoblock is proposing that James be removed from the mayor pro tem role.

Controversy over a police recording in which Mayor Pro Tem Gene James can be heard confronting and arguing with a sheriff’s deputy has incited a call by Councilmember Steve Knoblock to demote James from the mayor pro tem role.

On Tuesday night, Sept. 28, just as the council was preparing to adjourn its meeting, Knoblock gave a sharp rebuke against James and his treatment toward the deputy who had pulled over the mayor pro tem for a suspected traffic violation in late June.

“San Clemente is better than that. It is not fitting that an individual with this attitude or lack of decorum should serve in one of our city’s highest positions,” Knoblock said just before proposing that the council consider removing James as mayor pro tem at its next meeting in early October.

Ferguson, who participated in the meeting remotely, immediately seconded the motion, officially placing the item for discussion on the Oct. 5 council meeting.

In the nearly 11-minute audio recording of the June 25 traffic stop, James denied any wrongdoing and was—as police described in written reports—“confrontational,” “visibly upset” and “defensive.” James also accused the officer, Deputy J. Medina, of pulling the elected official over because of Capt. Edward Manhart, the city’s then-police chief.

When asked whether he was remorseful about his interaction with the officer, James apologized for his behavior toward Medina, and expressed regret for his actions during the stop.

James on Tuesday night pointed to an apparent rift between himself and Manhart that, he said, influenced his interaction with the deputy.

“There were influences that were in the background, relating to Capt. Manhart’s statements he made about me, which had an influence on my interaction with the deputy and for that I’m wrong,” James said.

The Orange County Sheriff’s Department previously described the relationship between James and Manhart, who was reassigned to OCSD’s air support in mid-July, as a “professional working” one.

Knoblock’s motion on Tuesday night had followed a series of remarks from three members of the public who criticized James over the confrontation with the deputy. Knoblock asked James whether he wanted to issue a statement in response.

Before James could say anything, Mayor Kathy Ward interjected, stating her belief that it’s inappropriate to ask for such a comment on the dais. Knoblock then proceeded to give his own comment on the matter.

“The mayor pro tem’s actions reflect poorly on this body, our community at large and especially on our young people whom we train to show courtesy and respect for our police officers,” Knoblock said.

The council will next meet at the San Clemente Community Center on Oct. 5 at 6 p.m.