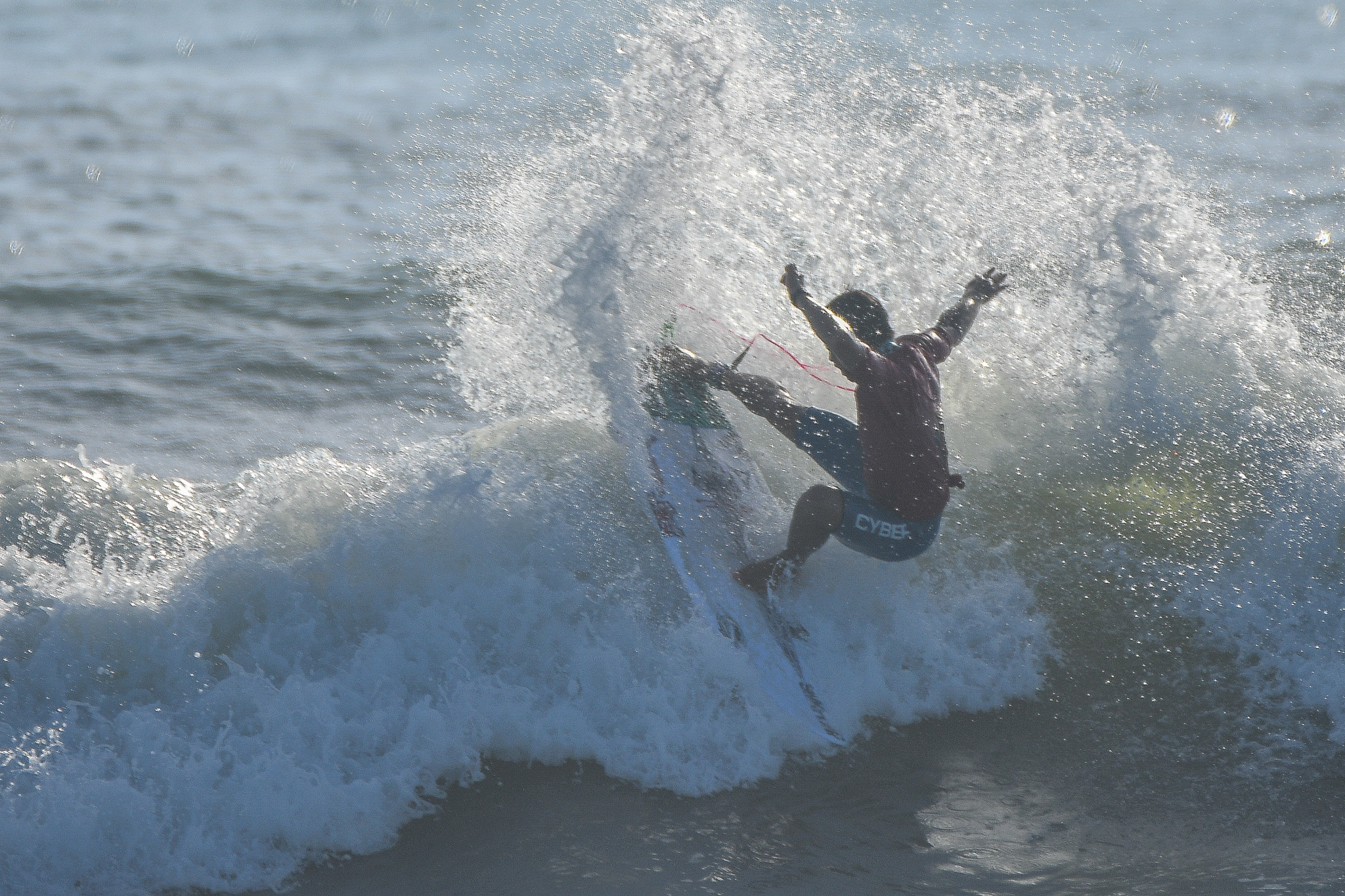 It’s been a long time coming for San Clemente’s Kei Kobayashi, who just won his first WSL Qualifying Series contest. Actually, it hasn’t been that long; he’s only 21 years old, but the powerful regular-footer has been a local fixture since he was a grom and it is epic to see him get a much-deserved victory.

In what looks to be the last WSL event for some time, Kobayashi and a whole crew of local surfers shined over the weekend at the Ron Jon Quiksilver Pro in Cocoa Beach, Fla. In a precautionary measure, the league has postponed all events until a later date due to the COVID-19 pandemic.

“I’m super stoked on that win,” said Kobayashi during the awards presentation. “I want to thank WSL and the event organizers here for letting us finish this event with everything going on. I hope everyone stays safe out there.”

Making the Final extra special, like any day at T-Street, Kobayashi and fellow San Clemente ripper Taj Lindblad went back and forth in the final, battling for hometown bragging rights.

“To have a final with Taj was awesome, and being able to make it an all-San Clemente finish after we talked about it earlier this morning, I can’t believe it happened. I’m at a loss for words,” Kobayashi said.

“To surf against Kei was awesome,” Lindblad said. “It feels good to be building a house of results on the QS, and hopefully I can bring that into the juniors this year.”

Meanwhile, Lindblad’s sister, Sawyer, also took the second-place spot on the podium. After a searing start to her 2020 campaign in which she’s captured two wins, Lindblad was edged out by Oceanside phenom Caitlin Simmer. Also making the final was Dana Point’s Bella Kenworthy.

As noted at the beginning of this piece, the WSL has postponed all of its events for the immediate future due to COVID-19.

Some of our local surf stars had already traveled down to Australia for the start of the 2020 season. With those events now being canceled, they will either be heading home or hunkering down in Australia for the moment.

As I write this, there’s a solid swell hitting the Gold Coast, and the waves have been pumping. Griffin Colapinto has been scoring at Snapper Rocks, while Pat Gudauskas is posted up in Byron Bay. If he stays too long, he may come home with a haircut like George Greenough.

But in all seriousness, as the forced quarantine expands in Europe, surfers in Italy, France, Spain and elsewhere are being prohibited from surfing. It’s a heavy time, and because of the global nature of the sport, lifestyle and culture of surfing, the impact weighs heavily on all our friends and family around the world.

Life in the time of the coronavirus isn’t going to be easy. But, thankfully, the coronavirus doesn’t surf. Avoiding large crowds, practicing social distancing—those are things that are woven into our quirky DNA. We’ve been trying to self-quarantine ourselves ever since the second guy showed up at Lowers.

Our lineups and local breaks are our refuge. When life on terra firma gets a little too hectic, we go surfing. And while it might not be all bro shakes and high-fives in the parking lot these days, we’re going to keep surfing, and we’re going to keep chasing that feeling and waiting for that next wave.

In the book Blue Mind by Dr. Wallace Nichols, he makes the argument that simply being “near, in, on or under water can make you happier and better at what you do.”

And that’s the thing about surfing. It isn’t just a sport. Ask any competitor on tour, and they’ll all tell you that winning contests and world titles is all well and good, but nothing truly beats that perfect day. And perhaps nobody has summarized that sentiment as eloquently as John Severson in his first pages of Surfer Magazine back in 1960.

“In this crowded world, the surfer can still seek and find the perfect day, the perfect wave, and be alone with the surf and his thoughts,” wrote Severson.

It’s pretty incredible how apropos those words are at this very minute. Clearly, there’s a lot to think about right now; just don’t forget to go surfing.