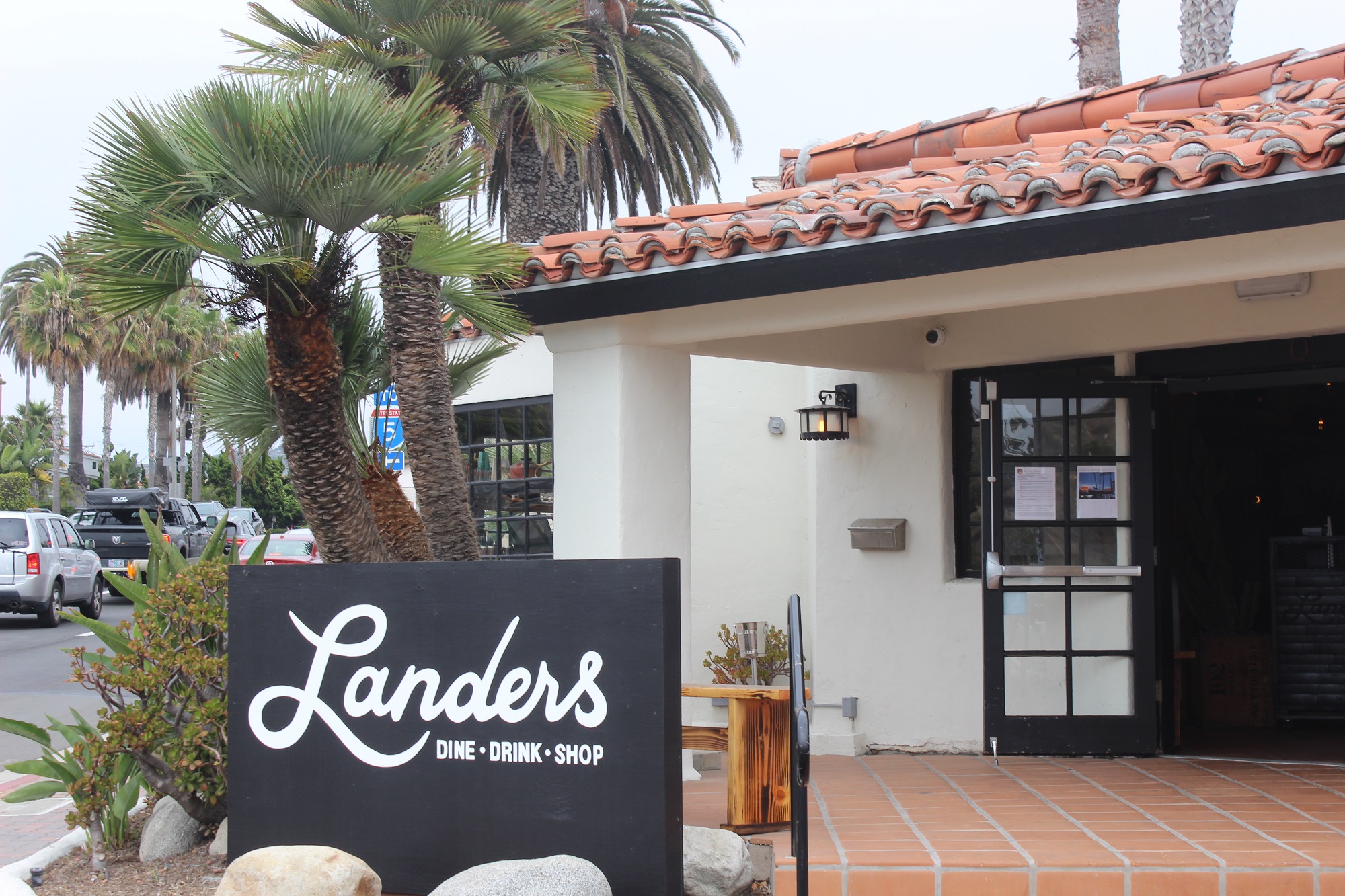 Business owners Chance and Kim Owen have brought the Wild West to San Clemente with the fusion of food, cocktails and Americana decor in the recent opening of the second location of Landers Liquor Bar and Supply House.

Landers, whose original location opened in Costa Mesa in 2017, is a restaurant, bar and vintage store that specializes in cocktails and provides a variety of retail options for customers. Chance Owen, who said he found his business formula of “good food, good drinks and good vibes” to work in Costa Mesa, was looking at possible beach venues from Long Beach down to Encinitas when he stumbled upon San Clemente’s North Beach.

“Really, I wasn’t targeting San Clemente,” said Owen. “As I was riding down, I stopped in Laguna Beach at a couple of locations, and I never made it past 1814 El Camino Real. When I pulled up in the parking lot, I was with a friend and I couldn’t believe my eyes.”

The 6,000-square-footSpanish-style building was originally built in 1933. With its features of a large outdoor patio, high ceilings and an octagon oval dome with a skylight, Owen said that the building found him.

“I couldn’t believe that it was for rent,” Owen said. “I wasn’t even really looking to expand the business because of COVID and everything going on, but as I looked in the windows and looked at the building and saw the arched ceiling, the octagon and the skylight, I literally caught myself in a moment. I turned to my friend and was like, ‘Uh-oh.’ ”

Owen said that the building was sectioned off in a way that would allow the vintage shop and bar to fit under the same roof. After showing the building to his business partner, the couple went forward with their newly created plan to expand Landers to San Clemente.

While he “blew up” the opening of the location in Costa Mesa, Owen said that he purposely planned for the new location’s opening to be less elaborate. Due to the newness of the area, Owen planned a soft opening for Landers on May 7. Through word-of-mouth and advertising on social media, the opening of the restaurant attracted members of the San Clemente and restaurant community.

“I didn’t know San Clemente as far as demographic, and who would actually want to come, so I didn’t want to make a big deal about it,” Owen said. “It was a pretty subtle, soft opening.”

Since its opening, Owen said, Landers has received positive feedback from the community, and customers continue to be impressed with the building’s features and decor.

“We put our branding into it,” Owen said. “Our brand consists of Americana, so industrial western would kind of be the theme of what we do. People come in, and with the aesthetic, I think that they are blown away by what we have done in a space that historically was meant for what we do.”

While the community has responded well to the opening of the new location, Owen said that opening a restaurant during the pandemic has come with its struggles.

“We have had some hiccups and are trying to get through COVID restrictions while hiring our kitchen staff,” he said. “We are short-handed in the kitchen, which affects our ticket time, and sometimes the food doesn’t come out as fast as we wish it would.”

The drink menu at Landers features 11 specialized cocktails and a selection of beer, wine and spirits. According to Owen, the most popular drinks are the Cowboy, which is a concoction of vodkaand watermelon, and the Copperhead. The Copperhead is a gin-based drink with the additional ingredients of basil, thyme, lime juice and cucumber. Owen said that many people sub out the gin with whiskey.

Landers also has a variety of food options from which customers can choose. Its menu features appetizers, greens, lunch and entrées.

“I’m gonna say our Brussel sprouts go over really well for appetizers,” said Owen. “Our short rib and jidori chicken are also phenomenal, and we have a spicy chicken sandwich for lunch, which is delicious.”