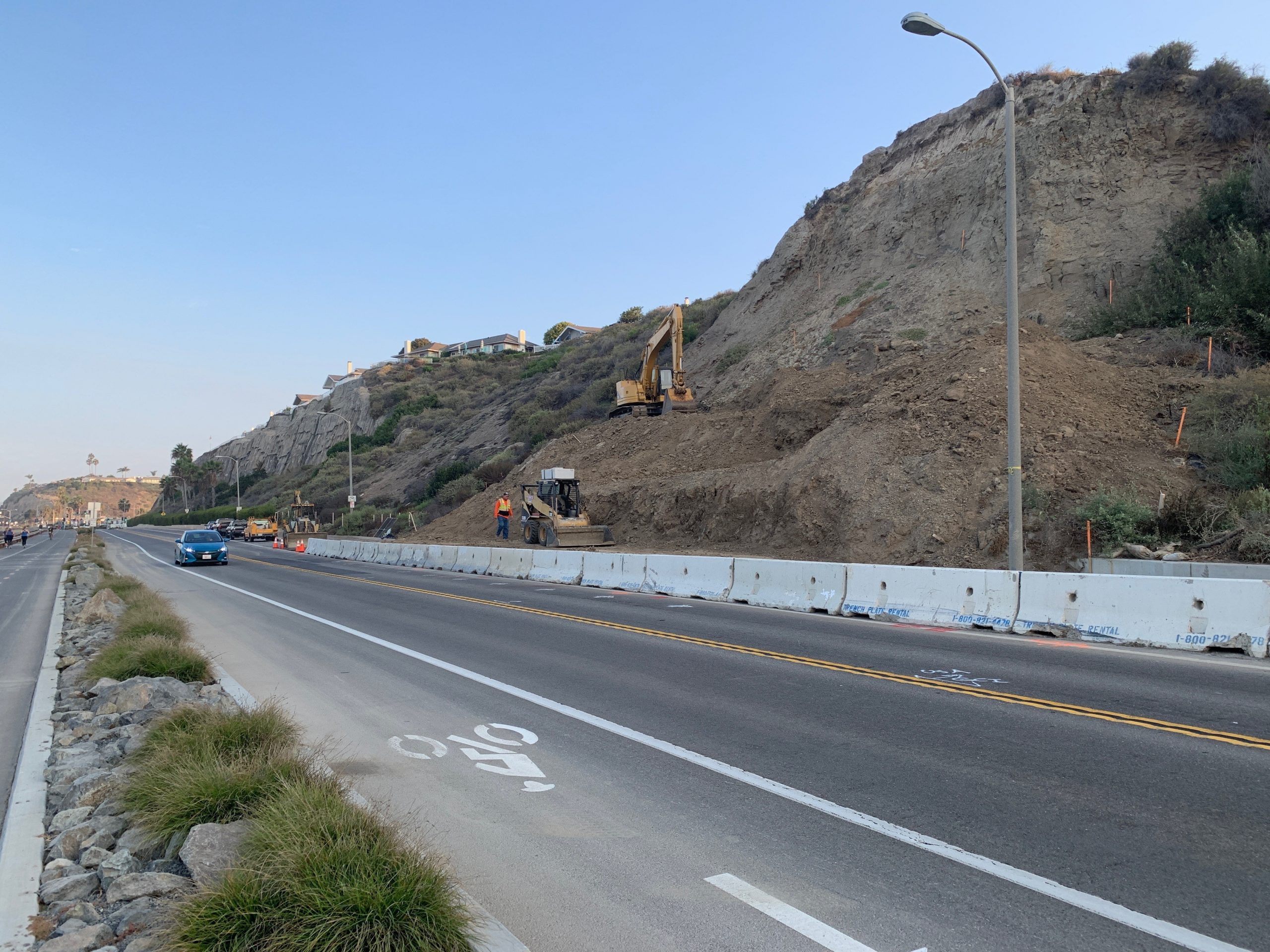 Construction to repair a bluff, sidewalk and city roadway damaged by a landslide along the coastal stretch of El Camino Real this past winter is now underway and expected to be completed next month, according to the head of public works.

The work will entail the removal of debris at the bottom of the bluff in order to repair the roadway and sidewalk that the landslide had damaged in February, when San Clemente was hit with heavy rains, Tom Bonigut, the city’s public works director, explained.

“Part of that bluff came down, and it’s taken awhile to get through the coastal permitting process, and we are now underway on the repairs,” Bonigut said of the wait time between the landslide and the construction project, which is estimated to cost about $508,000.

Bonigut said the money to pay for the project is coming out of a special budget funded through the Sea Summit development that provided the money to the city years ago, specifically to deal with any bluff failures.

“We’re using some of that to deal with (the project), but we’ll also get some money back from the state for disaster repair,” Bonigut said, speaking about an emergency declaration that has been in effect for Orange County and other areas, qualifying them for state reimbursements.

The site of the construction, just north of North Beach, is all open space and a natural part of the reserve. Bonigut said it’s the last piece of bluff that is natural.

He further noted that the bluff will stay natural and that the city will install some stabilization features, including a concrete buttress wall and draining system, intended to help the slope of the bluff drain better.

“And then repair the sidewalk, curb, bike lane and pavement in that area, and then when we’re done, we’ll revegetate it with habitat mix … to let (the plant life) naturally grow back,” Bonigut said.

The city is expecting the project to wrap up by November, or at least be substantially completed by the middle of the month, according to Bonigut, who said the plan is to get everything done before the rainy season arrives.

The project could prompt some occasional lane closures, but those would be limited to night time work, Bonigut said.