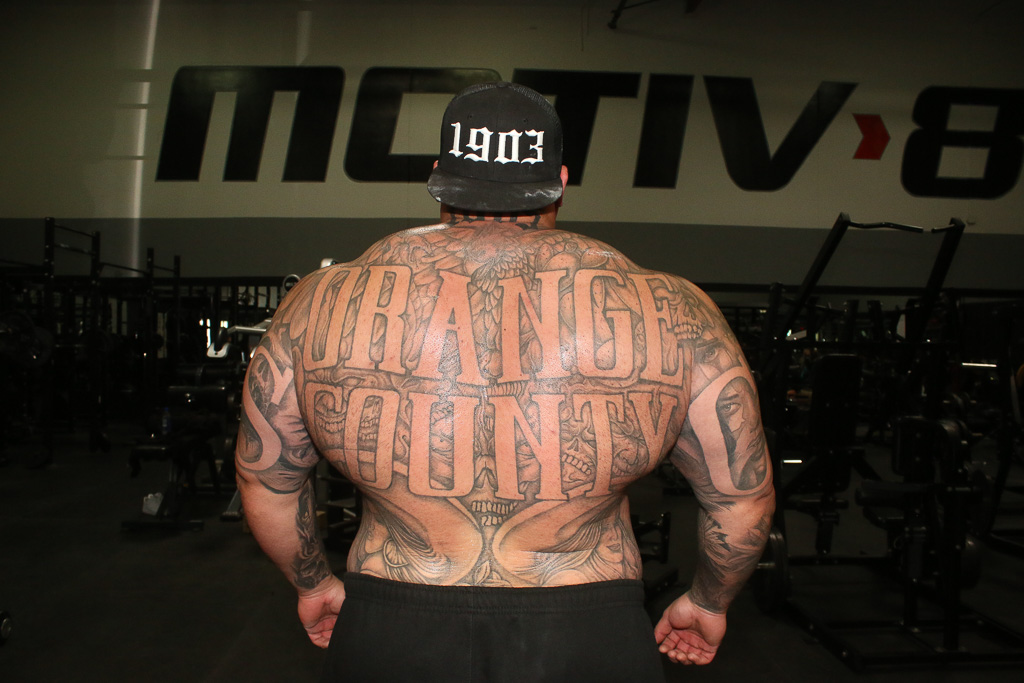 Large and In Charge: San Clemente Powerlifter Aims to Own National Competition

They are massive human beings.
Jake Johns of San Clemente and Kevin Torres push their bodies to the absolute limit in an effort to prove they’re the strongest of their class.

Torres and Johns met while playing football at Saddleback College—Johns was a defensive tackle and Torres was a running back. They both enjoyed working out, and eventually they were inspired by other YouTube and social media sensations who were posting their own powerlifting videos and promoting different products.
Both of them will compete in the Kern U.S. Open of Powerlifting on May 12 and 13 in San Diego as well as the expo to promote products from the company Strength Cartel. Johns is the proprietor of Strength Cartel, a company that produces supplements of Johns’ design as well as apparel.

“Because I’m from San Clemente, I wanted something that had an S and a C in it,” Johns said of the hat he wears with “1903” on it: 19 representing S in the alphabet and 03 representing C.

“The contest for powerlifting is a max of three lifts,” Johns said. “So your first one is a max of squats and you get three attempts to get your best lift. The next is bench press and then deadlift. It started out as invite-only, like the top five in the world, but they opened it up to more people.”

Johns took first place in the competition last year and is seeking success again. He’s currently ranked sixth in the world in his open weight class and Torres is ranked second in the 165 division, but he’s trying to move up to the 181 weight class.

There are various federations throughout powerlifting, and Johns has world and national records in respective disciplines. He’s ranked sixth all-time for super-heavyweights.

Jake Johns, a powerlifter from San Clemente, will compete at the Kern Fitness Expo’s U.S. Open on May 12 and 13. Johns was successful last year at the competition. Photo: Eric Heinz

Jake Johns, a powerlifter from San Clemente, squats a light lift as he prepares for a national competition in San Diego. Photo: Eric Heinz

Jake Johns does a pull-up during a workout session on May 8 at Motiv8 Performance Athletic Center in Foothill Ranch. Photo: Eric Heinz

Jake Johns, a powerlifter from San Clemente, will compete at the Kern Fitness Expo’s U.S. Open on May 12 and 13. Johns was successful last year at the competition. Photo: Eric Heinz

“We saw other people getting the whole Instagram thing going and everything, and we thought, shoot, we could do that stuff too,” Torres said. “People putting pictures and videos, now it’s so easy through social media.”

Torres is a personal trainer at Motiv8 Performance Athletic Center in Foothill Ranch—where both of them train—and Johns works through his supplement company, which includes pre-workout and post-workout nutrients.

The Kern U.S. Open in San Diego is one of the premier competitions Johns and Torres prepare for each year. It pits some of the world’s most elite competitors against one another.

The mental hurdle is one that each of the competitors face. Powerlifting is not a team competition.

“I guess you have to have your training in mind, you have to be confident in your training,” Johns said. “For me, I try to clear my head and just go through the lift. It’s kind of like how I approach sports, replaying the same play in your head over and over, just relying on what you’ve prepared for.”

He may make it look easy, but after even one max lift, that’s a day’s work for Johns. The competitions are intense because they have to max out on several disciplines. With all that stress on the body, Johns said the crew typically tapers down its workout sessions the closer they get to competition.

“There’s no certain thing that I do. I just try to visualize the lift over and over,” Johns said. “The technique that we use, you really have to focus on that. For a long time, I know myself and Kevin, we would just come in and try to lift. We were already really strong, so we tried to lift as heavy as we could. But to be like elite, next level, there’s a lot of technique.”

Motiv8 Performance Center is a unique gym with all of the equipment they need to get in peak performance.

“There’s a lot of little things that play into getting to an elite level,” Torres added. “Even resting more, getting a good night’s sleep, which will help you get ready for that big lift. For the big competition like this, we take like seven to eight days of really light lifting. In the gym, we squat and work out and then we go home. But at the competition you have to squat, deadlift and bench, so it’s way harder in the competition. You’re pushing your body to the absolute limits.”

The competitions are strict. Powerlifters must get to that maximum lift or they can drop down lower quickly.

“Pretty much you can’t mess up; you’ve got to have a really good day,” Torres said.

When they don’t have a competition on the horizon, Johns said they get at least six days of workouts in each week.

“It’ll be a battle,” Johns said, adding he thinks that he should do well. “It just depends on if I can perform on that day. I think I have a great chance of getting first.”

Torres said the preparation is very similar to team sports he played in high school and college.

“Like any given Sunday, anything can happen,” he said. “The No. 1 guy could get hurt in the very first lift, so you just can’t really be worried about the competition; you just have to be worried about yourself and do the best you can.”

The nutrition factors are not like bodybuilding where competitors have to monitor every morsel they consume.

“We don’t really count calories and things like that,” Torres said. “For me, it’s like if I eat four meals a day, that’s like maintaining my weight. If I want to gain weight, I have to start forcing that fifth meal. It’s got to be consistent. It can’t be where you do one week with a fifth meal. It has to be every day.”

The two competitors are very aware of their body and when they gain and lose weight. It’s imperative to their success.

“It’s basic stuff. We try to eat more proteins rather than carbs and fats,” Johns said. “We don’t do it for looks. We do it for performance.”

The Kern Fitness Expo takes place May 12 and 13 at the San Diego Convention Center and features multiple disciplines of fitness as well as companies dedicated to nutrition and fitness. Visit www.kernfitnessexpo.com for more information.  Follow Johns on Instagram at @bigscboy or @strength_cartel.