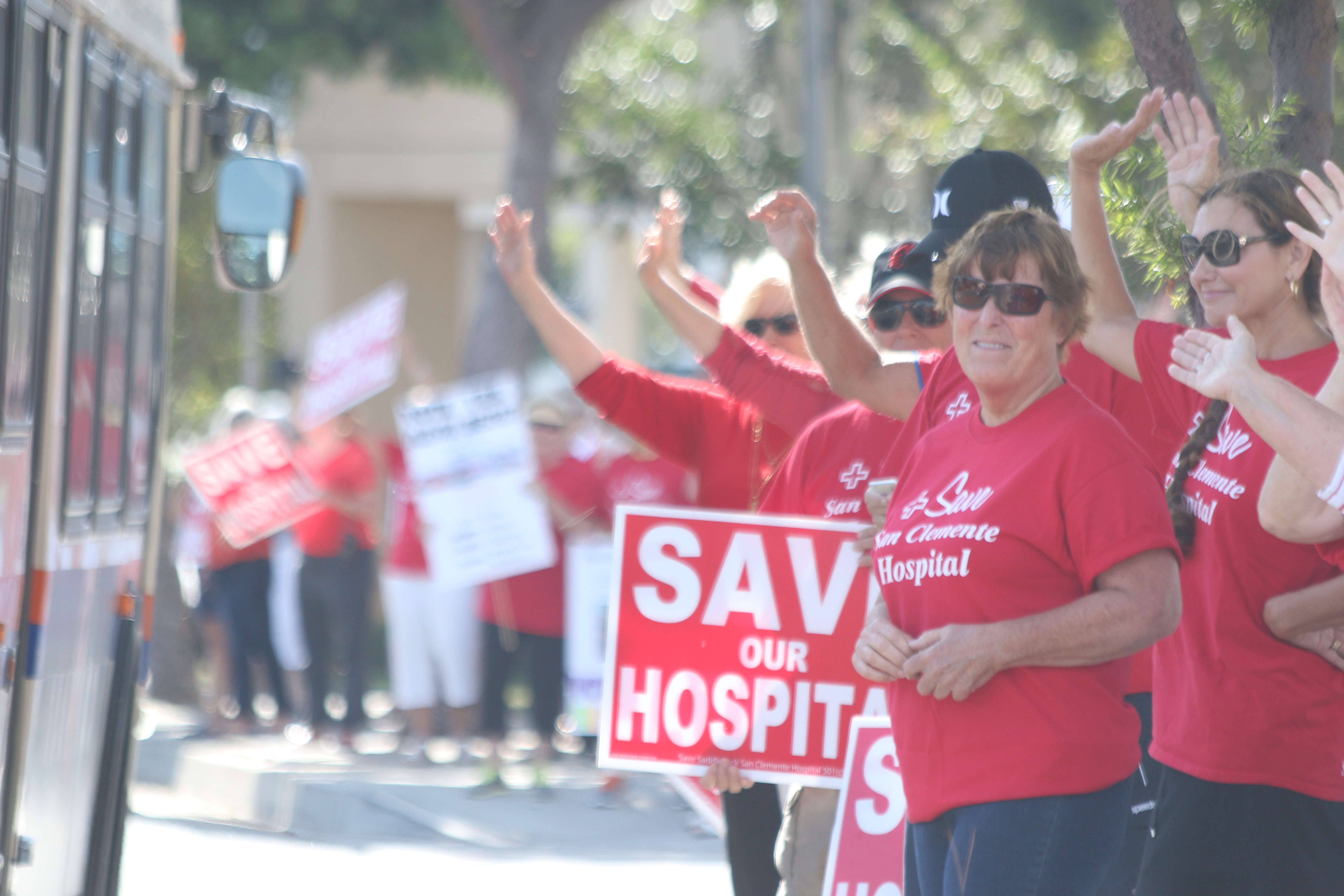 Some of the top health legislators in the state toured Saddleback Memorial Hospital on Friday.

As the health care market continues to change, Saddleback officials said they would not be able to sustain the current hospital as a full-functioning inpatient facility.

In order to provide necessary services, the hospital administration and board are trying to make the San Clemente location a satellite emergency room, which would continue to provide emergency services, but it needs legislative support to be legally compliant.

In order for the San Clemente hospital to operate as a freestanding emergency care provider, or satellite, Assembly Bill 911 and its cousin Senate Bill 781 must be adopted and signed to amend California law that prohibits emergency rooms without sufficient inpatient quarters.

AB 911 is currently being reviewed by an Assembly interim study committee.

“I think we got a couple of indications that we need to provide some economic data and make sure this is the only option to have a freestanding ER,” Brough said. “I think the leaders saw today that if someone calls 911 (in San Clemente) how that looks.”

Steve Geidt, chief executive officer of Saddleback Memorial Medical Center, said the new location would be an improved emergency room with fewer inpatient services and would not facilitate as many complex procedures.

“This would be the gold standard of this vision,” Geidt said, adding satellite hospital facilities may increase throughout the state. He also said while the San Clemente location is transformed, it would not disrupt emergency services.

“We have a track record of operating it like a satellite, and a sense of comfort that we can do that well,” Geidt said, adding the location will continue to operate as it is until the bill sees action.

Rob Bonta, D-18 chair of the Assembly Health committee, said San Clemente is not alone in the struggle to try to keep a freestanding emergency room.

“It’s not uncommon to see these hospitals to have these challenges, and many communities want ERs closer to them,” Bonta said. “We had this same challenge in my own community, almost exact same issue in the East Bay.”

Assemblyman Sebastian Ridley-Thomas, D-54, a member of the Assembly Health Committee, said he was enlightened by San Clemente’s hospital situation.

“The challenges are, frankly, as health care seeks to be more efficient, smaller hospitals have to deal with different market dynamics,” Ridley-Thomas said.

Ridley-Thomas said in his district, which is encompassed by Los Angeles County, a hospital closed but was reopened in a similar conundrum as Memorial’s claims.

Bates said the bills would require smaller emergency rooms to operate under a main hospital, making them a satellite to certain services with a consolidated license.

Bates said there will be some hurdles in passing the bill, but with the budding population in San Clemente and areas facing similar situations, there is a need for an emergency satellite in the city.

“We’re talking 100,000 people directly in the service area,” Bates said. “In terms of South County, we have 350,000 people who many do come through this facility. Add the development of Rancho Mission Viejo…that will bring about 28,000 new residents, and the Outlets, that adds to tourists and could put more pressure on not having an emergency facility on hand.”

Prior to the tour, a group of residents teamed along the side of the hospital grounds, wearing the increasingly familiar red T-shirts to voice their opinion of any lull in energy services within San Clemente.

The nearest emergency care facilities to San Clemente are Mission Hospital, about 12 miles away from the center of the city, and Tri-City Medical Center in Oceanside, about 27 miles away. There are a few centers scattered in Laguna Niguel but they are urgent care only.

Memorial’s original plan called for the demolition of its current location and then consolidating into a 24-hour urgent care facility, but that was postponed in March when new plans came forth.