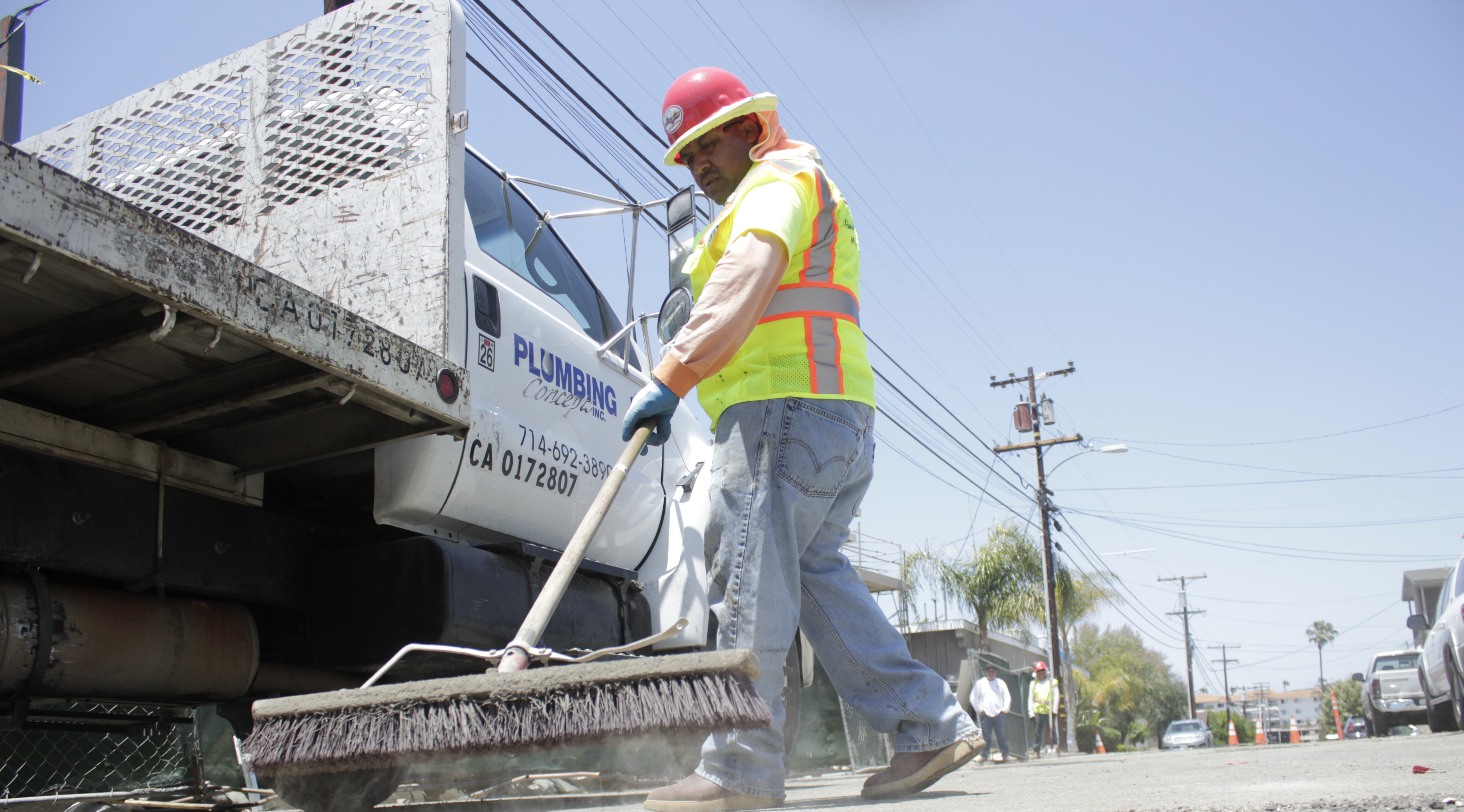 San Clemente officials are looking for an assist with plans for one of the city’s more forgotten areas, and it’s coming, partly, because of an old college connection.

During San Clemente’s years-long general plan preparation work, the General Plan Advisory Committee and others who worked on the plan noted a number of focus areas for the city. The southernmost, the Trestles neighborhood, includes El Camino Real from Avenida Magdalena to the city (and county) line. Long plagued by a reputation as a more-crime-ridden area of the city, sometimes called “crack alley,” recent years have seen the loss of some of the more troublesome spots along the road, including the former Riviera motel, as well as the rise of neighborhood associations like the Trestles Community Outreach that work to keep streets picked up and agitate for more attention to areas like San Gorgonio Park. The general plan calls for the creation of “a coastal visitor- and community-serving corridor that welcomes travelers and celebrates the city’s surf history and culture with a vibrant, mix of shops, dwellings, services and public spaces easily accessed by pedestrians and bicyclists.”

The trick now is pulling it off. And the city is getting help from students at Cal-Poly San Luis Obispo to try to figure out how. The students are seeking the community’s input on what they’d like to see.

Each year, Vicente del Rio and first-year students at the school’s city and regional planning master’s program look to try and solve a “planning problem.”

“We’re at a learning institution that likes to get people involved in real experiences in the field,” del Rio said, “and we always try to find something that’s significant to the community, the county, city, or whoever we’re working for. We try to make it as real as possible for the students and come up with a lot of ideas, a little bit outside the box but also with our feet grounded in reality.”

The projects help generate ideas, del Rio said. Clients, including the city, can take as many or as few ideas as they want. Many end up as part of projects later on, such as projects with Half Moon Bay, which recently emerged from bankruptcy.

Assistant city planner Sean Nicholas was part of a spring studio while he studied at San Luis Obispo, working in the city of Redding. Del Rio said he and his former student have been working for a while to bring such a project to the city. With the general plan completed in 2014, the city is now looking for ways to rehabilitate its southern gateway.

“It looked a little neglected and deserved some attention,” del Rio said.

Nicholas said it is important the class be able to work within the scope of the general plan.

“We made it clear that while we wanted them to be creative, we also wanted them to work within the framework of the general plan,” Nicholas said. “We didn’t just do that for nothing.”

While that may seem restrictive, Nicholas noted that the general plan provides more freedom, architecturally, in the Trestles neighborhood rather than restricting projects to the city’s traditional Spanish Colonial Revival.

“We don’t want a replica of downtown; we want this to be its own space.” —Assistant city planner, Sean Nicholas

The project included having the entire class visit San Clemente and interview dozens of people, both in the neighborhood and elsewhere in the city, to get the wider view of the area and what improvements could be made. Neighborhood residents, students found, had a number of items they wanted to see incorporated.

Jana Schwartz, a native San Diegan, said while she’d visited San Clemente a number of times before, she had never visited the Trestles neighborhood. In addition to touring the neighborhood, students perused Avenida Del Mar and Talega.

A major priority for the district, she said, would be to rehabilitate infrastructure to allow better use by bicyclists and pedestrians. Many students use a pedestrian bridge to cross to school each day, which makes safety a concern for those living in the area, as is the noise coming off of Interstate 5. Residents, she said, would like to see traffic calmed, which is one of the main planning devices.

Schwartz said although a goal is to make the area more accessible for all road users, the group didn’t want to try to recreate other parts of the city, such as Avenida Del Mar.

“We don’t want a replica of downtown; we want this to be its own space,”  Nicholas said.

Part of that effort is to use street art or another way of decorating the wall that separates the community from I-5, she said, to create a community feel.

Sherman Kyles, an Orange County native, said once the class had compiled their interviews, they looked through planning literature to find similar places, with similar projects, such as the ECR corridor. Some of the better examples included projects in La Jolla and in Tyson’s Corner, Va.

“That district, and the Trestles neighborhood, just feels cut off from the rest of San Clemente, because the 5 freeway seems to divide that triangle into its own zone,” Kyles said. “We’re trying to make that connection to the rest of the city and bring a southern gateway to the area.”

The ideas expressed in the general plan for the area include incorporating a “surf culture” architectural style. While such a style does not have a definition, Kyles said, the students are working to look at other areas of California with a similar surf heritage.

A major priority for residents, Loh said, one mentioned several times during interviews, was a local grocery store, somewhere where they can get everyday needs met. A new residential development in the area took out a former market, he said, and residents preferred not to travel down to Ralphs. The store could also serve residents living across I-5 on Avenida del Presidente. Loh added that the area could also benefit from additional restaurant options. The class’ report referred to the area as a “food desert,” served primarily by fast food restaurants and bars.

“We want to improve it by giving more options,” Loh said.

Cory Scurlock lives on Calle Del Comercio, and has helped lead the local community effort to clean up the street by founding the Trestles Community Outreach. Conducting the interviews in the neighborhood itself, Scurlock said, helped both students and residents, because it allowed for information “Straight from the horse’s mouth” about what residents would like to see in their own neighborhood.

A website created for the project, www.secrproject.net, has outlined some of the preliminary project goals. Ideas include expanding the sidewalk for traffic calming and walkability purposes, planting more trees to provide more shade and an “enclosed” feeling. Additionally, the project proposes to provide more outdoor dining options in a number of different architectural styles, but within a similar color palette.

The website also has a survey for residents around San Clemente to present their own ideas.