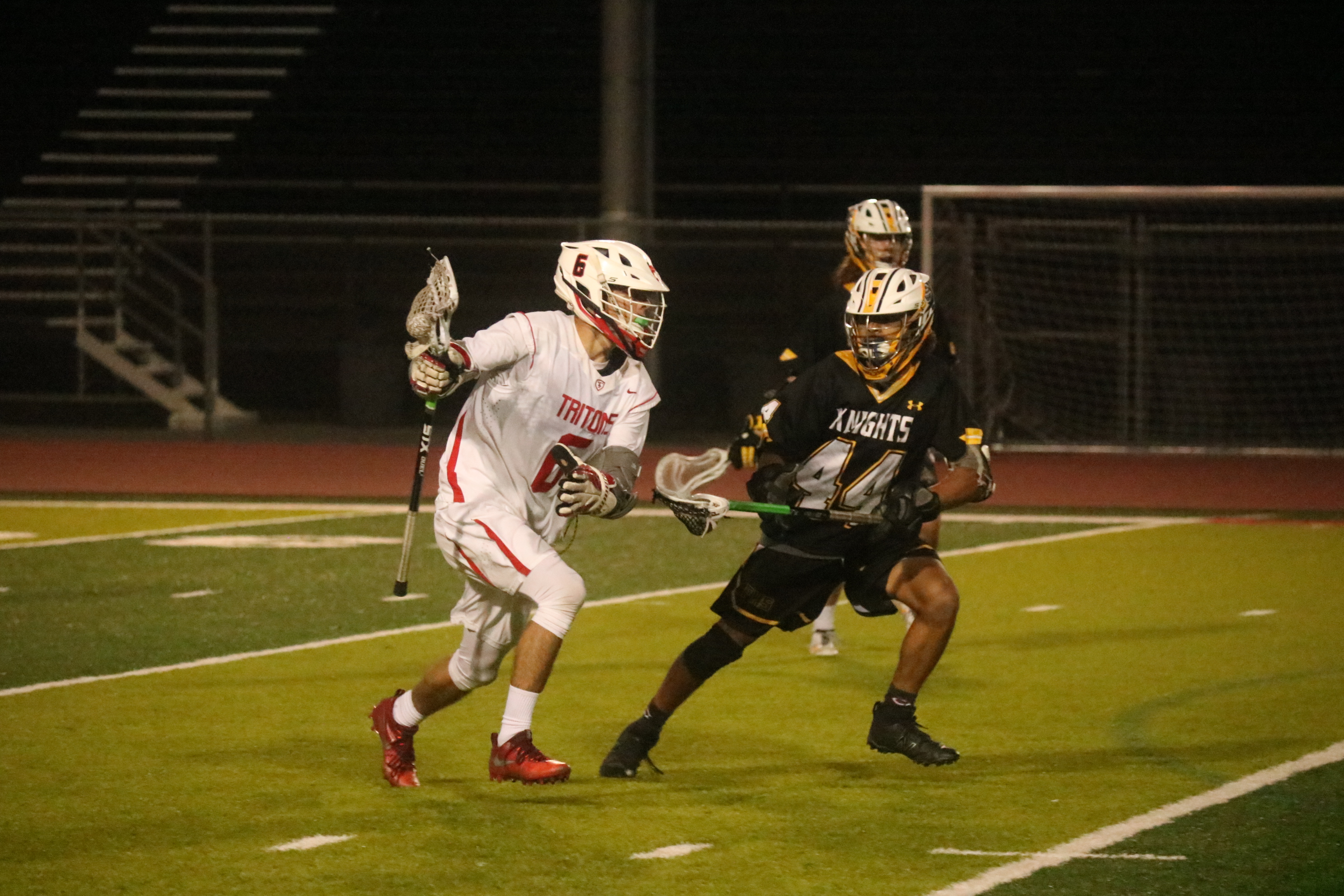 Any team that loses 18 experienced players would be forgiven if the following year was chalked up to a rebuild. The team would take its lumps as younger players earned valuable experience.

But the Tritons haven’t done that.

San Clemente (6-2, 4-0) is again undefeated in league play and ranked among Orange County’s best. That is good, but coach Brendan Finnerty isn’t settling for simply good.

That was evident in April 2’s loss to Foothill. The Tritons executed their game plan early and battled with the No. 1 team in the county for a 3-1 lead after the first quarter and a 7-7 tie at halftime.

However, a few fouls for man-down situations and throwing the ball away for turnovers on offense flipped the game back to Foothill, and the Knights ran away for a 20-10 win.

“It’s being in the right spot to execute as well as executing,” Finnerty said. “We’re taking side-arm shots high instead of taking good overhand shots. Our offense had their opportunities to bury shots and they decided not to shoot the right way. I’ve been preaching that the whole time. Yeah, you shoot side-arm against Dana Hills, whatever. But when you don’t do the right things in the right moments against Foothill, it’s going to make the difference.”

The start against Foothill was still very promising, and San Clemente has dominated its league competition. Through the first half of its South Coast League slate, the Tritons have outscored their opponents by a combined 37-goal margin, 55-18.

“We’ve definitely improved,” Finnerty said. “It’s that when we’re super young and they’re just getting more play time, the game is slowing down. I think tonight (against Foothill) was the fastest they’ve ever had to play. We’ll learn and grow from this.”

On offense, senior captain Branden Wilson has led the scoring, and freshman Jack Rogers has stepped up as a major contributor. Juniors Nick Amico and Dylan Hartanov have steadied the defensive unit around goaltenders Lewis Ahola, a senior, and Eugene Kang, a junior. Junior Jake Bannon has been nails on face-offs and was crucial to San Clemente’s strong start against Foothill.

San Clemente has burned through league and stepped up against some tough opponents, but it doesn’t get any easier.

The Tritons have dates with strong Los Angeles county teams in Loyola and Palos Verdes as well as top Orange County teams in Tesoro and Corona del Mar.

San Clemente’s real competition for the league title is still to come as well. The Tritons travel to Trabuco Hills (8-2, 3-0) on Tuesday, April 10 and host the Mustangs on Thursday, April 26.

Beyond that is the playoffs and maybe a chance to show Foothill what the Tritons have learned and exact revenge for last season’s semifinal loss.