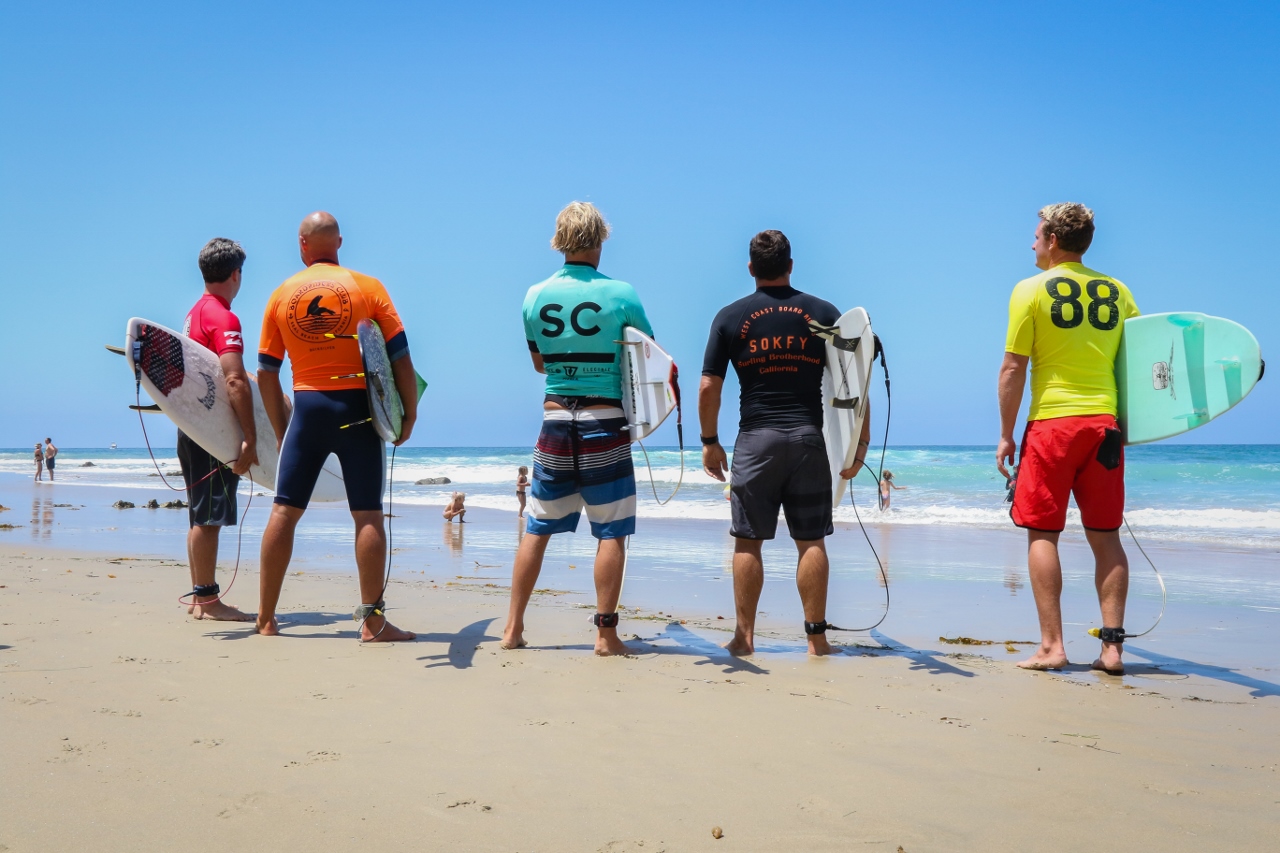 What a difference a year makes. After the success of the 2017 launch, this year, the West Coast Boardriders are back and bringing even more heat. The biggest news is the expansion of the organization. Not wanting to be left out of the fun, boardriders clubs have been formed in Santa Cruz, San Luis Obispo, Ventura, LA’s South Bay as well as Carlsbad and Encinitas. To accommodate the new clubs, divisions have been made, the schedule has been expanded, and at the end of the year, there will be a West Coast champion named.

“We’re really excited to see where this has all gone,” said Ziggy Williams, co-founder of the West Coast Boardriders Club. “Last year, it kind of started loosely and then picked up momentum throughout the year. This year, we’re looking to continue to develop, grow and bring some real structure to the program.”

The biggest difference this year are all of the new clubs and the new divisions. The North will consist of clubs from Santa Cruz, San Luis Obispo, Ventura, the South Bay, Seal Beach and Huntington Beach. The South will be made up of Newport Beach, Laguna Beach, Dana Point, San Clemente, Carlsbad and Encinitas.

The first contest of the season is on Saturday, March 3 and will take place in the North Division at Huntington Beach Pier. San Clemente and Dana Point will roar into action on Saturday, March 10 for the season opener in the South Division in Newport Beach. There will be a total of three events in each region, and then a championship match will be held in October or November. The details are still being finalized for that.

There are also two specialty events on schedule. The first one will run in conjunction with the WSL’s Jack’s Pro in Huntington Beach on Thursday, March 22. They’ve lined up a live webcast, free entry to clubs and $1,000 to the winner. The top two clubs from each division will qualify. There’s another specialty event on the schedule for October.

“The Dana Point Surf Club is really excited about the upcoming 2018 competition season, as well as the amazing growth of clubs up and down the coast,” said Eric Diamond, president of the Dana Point Surf Club. “Last year, the mayor came to one of our events, and we are working on getting some officials in a heat too. We love having the city recognize this as more than just a surf team. Dana Point has a strong lineup competitively, but we also stress the importance of our club, which I feel differentiates us from many other cities. Our mission was to not only approach this year as a team, but to have a goal of creating a club of like-minded individuals to give back to the community and encourage our members to be a positive ambassador of Dana Point.”

Community and camaraderie are what’s at the heart of the whole club movement. It’s bringing young up-and-coming surfers together with previous generations and giving them a spot on the sand and in the lineup to cheer for each other and stay stoked.

“It’s been a really positive thing up and down the coast. Here in San Clemente, where we have a lot of really talented surfers from across a number of generations, it’s given them all something to rally around,” said Frankie D’Andrea, vice president of the San Clemente Boardriders. “We have some of the best young kids in the world, then we have guys like the Gudauskas brothers and Nate Yeomans, and then legends like Matt Archbold. Archy’s as stoked, if not more, than anyone on the team. That speaks volumes about where the club movement is headed.”

America’s biggest surf rival, Australia, is dominated by surf clubs. There are over 200 recognized boardriders clubs with over 19,000 members from The Outback. This has helped produce world champions like Mick Fanning and Joel Parkinson, as well as provided a steady stream of competitors to the elite WSL Championship Tour. That’s where the inspiration for the West Coast Boardriders comes from. The eventual goal in the U.S. would be to somewhat mirror this structure, giving beach communities around the country a rallying point to gather.

“Our next step is to form an East Coast Boardriders Club,” said Chris Moreno, another of the organization’s co-founders. “We’re so excited to see this continue to evolve and we’re going to have more news coming.”

To find out more, get the season schedule or sign-up for your local boardrider club, go to www.westcoastboardriders.com.