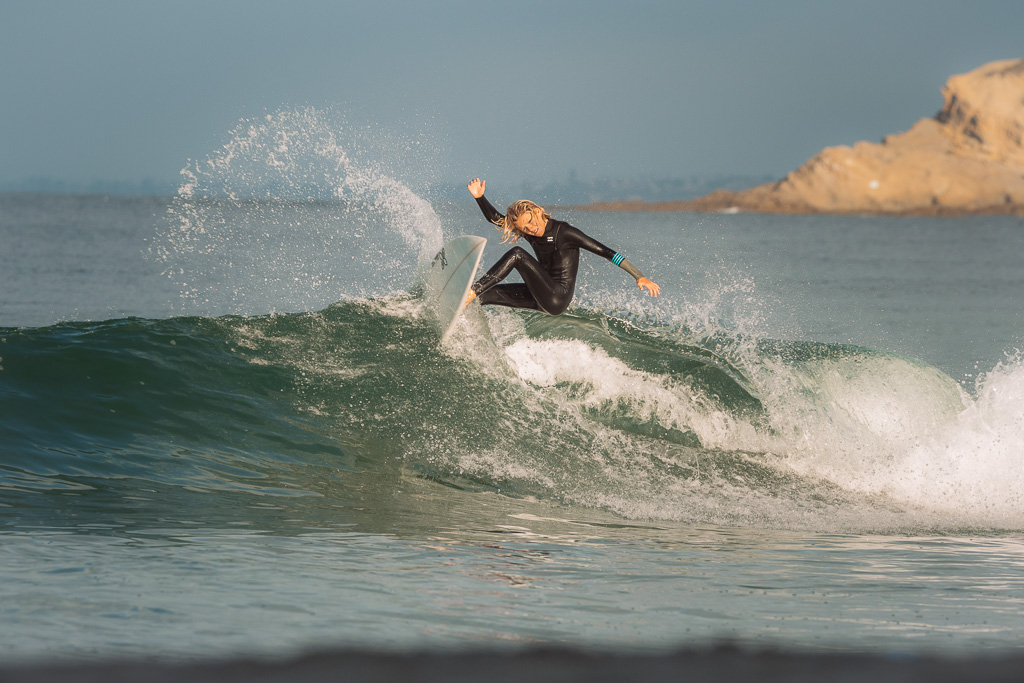 Let’s Make It Official: Surfing Becomes Official Sport of the State of California

This week, California Gov. Jerry Brown signed legislation that honors the long, storied history and modern-day influence of wave-riding in the Golden State. Surfing is now the official sport of the great state of California.

“Nothing represents the California dream better than surfing,” said Assemblyman Al Muratsuchi (D-Torrance) in a prepared statement to the press.

A co-author of the bill and surfer, he continued, “I’m stoked that we’re celebrating an iconic sport.”

“I’m proud to join Assembly member Muratsuchi in designating surfing as our state sport,” said Calderon when the bill was first introduced in January. “Growing up surfing not only had a significant impact on who I am as a person, but also taught me at a young age to appreciate and cherish our beautiful coastline that we are so fortunate to have here in California.”

Given how closely surfing is associated with California, one could wonder, what took so long? For over 130 years, surfers have been enjoying the perfect waves up and down the expansive coastline. The first waves in California were ridden in July of 1885. A trio of Hawaiian princes, David Kawananakoa, Edward Keli‘iahonui and Jonah Kuhio Kalaniana‘ole, paddled out at the San Lorenzo river mouth and made history

In 1912, Duke Kahanamoku made his first trip from Hawaii to California, sharing the “sport of kings” and spreading the spirit of aloha throughout the state. It didn’t take long for early pioneers to begin congregating at spots like Palos Verdes and San Onofre. The popularity of the sport continued to pick up momentum throughout the ’30s and ’40s, and by the ’50s surfing had taken hold up and down the coast.

In 1957, with the publication of the now-famous novel, Gidget: The Little Girl with Big Ideas, all of a sudden mainstream America got a firsthand glimpse into the bohemian life of early Malibu surfers. The book, and subsequent Hollywood production, popularized the sport like never before.

Less than a decade later, in 1964, Dana Point-based filmmaker Bruce Brown released The Endless Summer. Critically acclaimed, it sold out box offices across the country and is largely responsible for the romanticized surf ideal we are so familiar with today. Both Gidget and The Endless Summer would propel the sport of surfing to new heights and expand its reach and influence well beyond the shores of California and Hawaii.

Meanwhile, down in San Clemente, writer, photographer and artist John Severson began to publish SURFER Magazine in 1960. The publication would come to be known as the “bible of the sport” because of its timely articles and imagery. And in Capo Beach, brothers Walter and Philip “Flippy” Hoffman took the family textile business to the next level, becoming the defacto supplier of fabrics to surfwear brands.

Today, Dana Point and San Clemente remain the preeminent hotbeds for surf talent and design in California. The area is home to numerous world-class surfers, internationally recognized clothing labels and nonprofit surf-based organizations. Lower Trestles stands as one of the most high-performance waves, not just in the state but in the world, while San Onofre remains a stronghold for stoke and longboard style.

It’s been a good ride since those Hawaiian princes first glided shoreward 133 years ago. And now, with surfing named the official sport of California, we’re entering a new era in the culture, lifestyle and sport of surfing.